Corie West was put on administrative leave with pay from her teaching and coaching responsibilities pending an investigation. 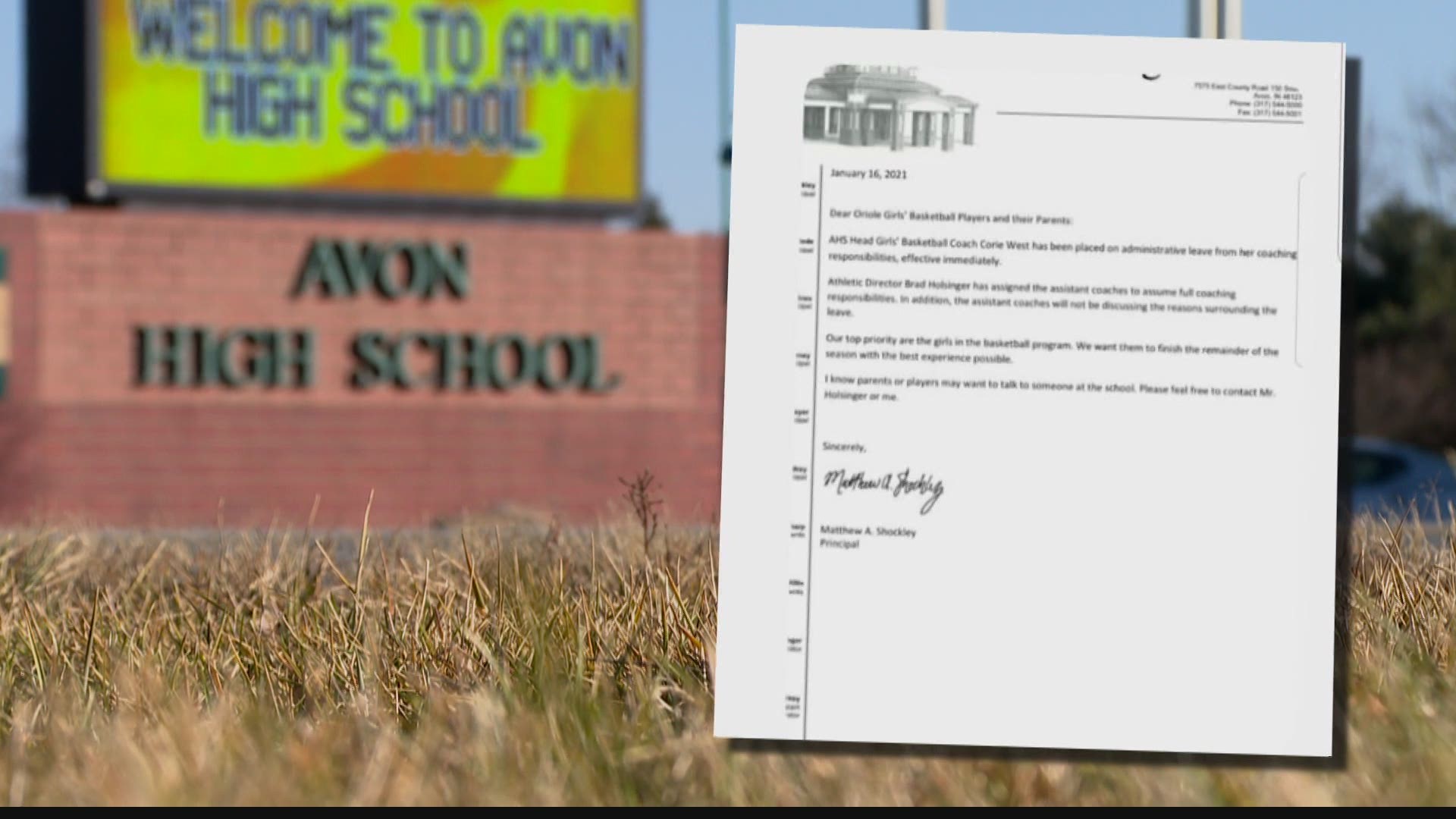 AVON, Ind. — An Avon High School girls basketball coach was benched by the school and won’t be returning for the rest of the season, according to a school spokesperson.

Corie West was put on administrative leave with pay from her teaching and coaching responsibilities pending an investigation.

West has worked for the district since 2017 and previously coached at New Castle High School for five years.

“Avon Community School Corporation cannot release any further information since this is a personnel matter,” said a spokesperson for the district.

Family members of current and former players cited allegations of verbal and mental abuse and racist comments and said it had gone on for years.

“It is way too late. It should’ve happened during [my daughter’s] freshman year when [West] came in,” said Helen Ludlow, mother of a former Avon player.

Ludlow said she ended up pulling her daughter from Avon High School in 2018 after alleged mistreatment from West. She said she addressed the issue with the athletic director, junior varsity coach and West, but said it only made matters worse.

Ludlow said she noticed her daughter’s behavior and self-esteem changing. Having experienced racial profiling as a high school athlete herself, she said she was worried about her daughter experiencing a similar situation.

“As soon as your best player, he or she, is not playing and transferring out of the school, you need to do an investigation,” Ludlow said.

The school was unable to comment further on the investigation. However, 13News obtained a copy of a letter sent to parents and players on Jan. 16, signed by the high school principal. It said, “Our student-athletes are our highest priority and we want them to finish the remainder of the season with the best experience possible.”

A former student who played for West for three years at New Castle said she received similar alleged mistreatment.

“There was a lot of verbal and mental abuse. At first, it was not a big impact on me, but by my junior year, it really started affecting my mental health. My parents noticed my mood starting to change at home. A lot of girls quit because of West. They absolutely loved basketball but she ruined it for them,” said the former player who asked to remain anonymous. “It was impossible to please her. There was always something that someone did wrong.

We reached out to several other parents and players, but many preferred not to comment at this time. They did say they are glad someone is finally investigating.

“I am just glad this came to light and I don’t want this to happen to any other child,” Ludlow said.

According to the letter sent to parents, the assistant coach of the girls’ varsity team will take over coaching duties for the rest of the season.