IRS employees have told some taxpayers that the problem rests with information it gets from a “master death file” from the Social Security Administration. 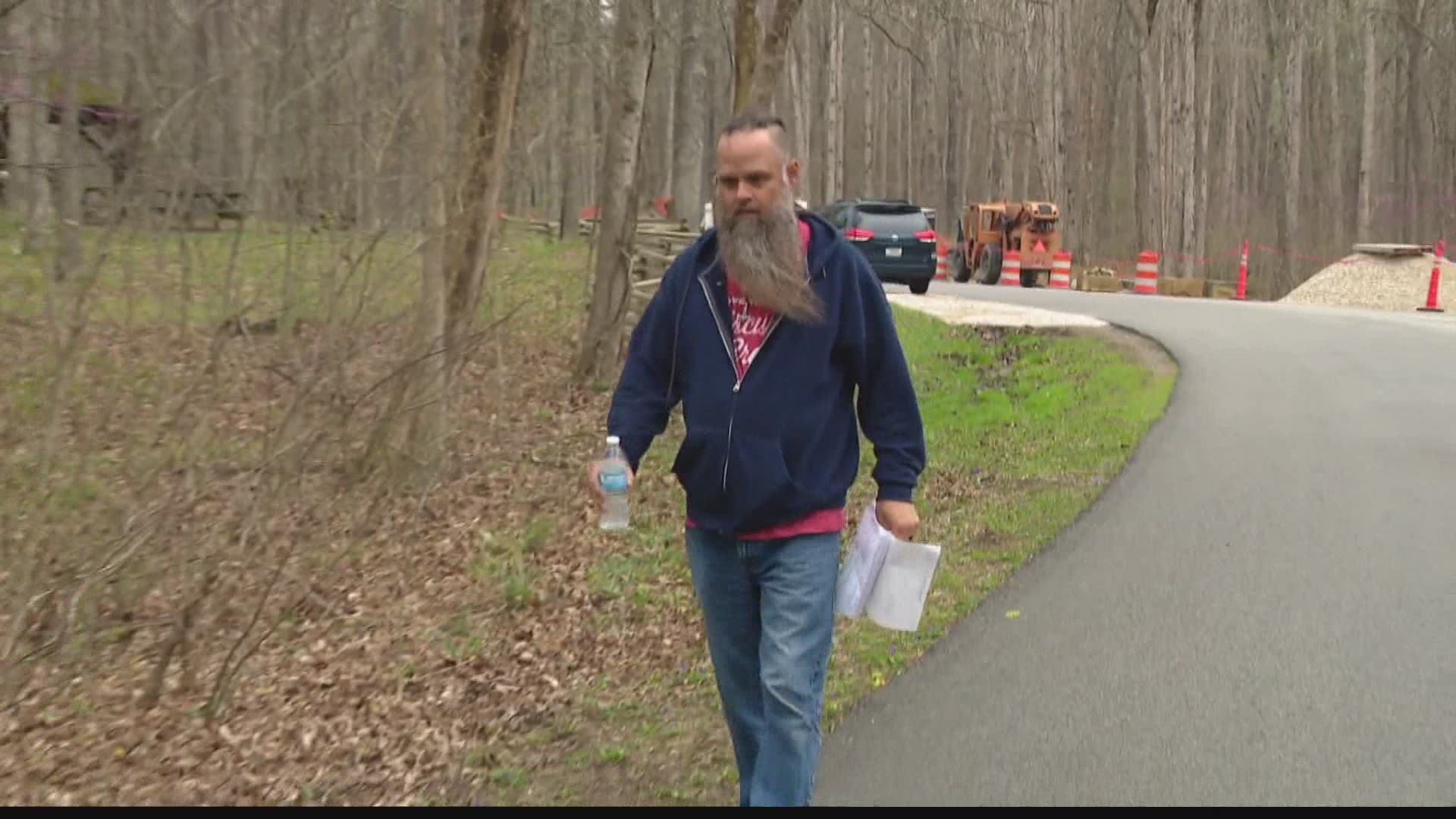 INDIANAPOLIS — An Indiana man declared dead by the IRS says he will soon be coming back to life.

“I got a call from an IRS liaison who told me she could take care of it, and things should be fixed by May 10,” said Bobby Musgrove. “I think you put a lot of pressure on them.”

The phone call from the IRS came just two days after a 13News investigation reported that Musgrove had been pleading with the IRS for nearly two years to recognize him as alive. The federal agency notified Musgrove in 2019 that its records showed he was deceased. The Columbus, Ind., resident had tried repeatedly since then to convince the IRS he is actually living, but numerous phone calls, emails and even in-person meetings with IRS staff failed to correct the mix-up.

As a result, Musgrove has been unable to file his 2019 and 2020 tax returns, and he has not received any of his pandemic stimulus payments. Musgrove estimates the IRS owes him approximately $10,000 because the IRS incorrectly classified him as deceased.

Credit: WTHR
Bobby Musgrove is trying to convince the IRS he is alive so he can collect his stimulus checks.

Musgrove said the IRS liaison who recently called informed him that his 2019 tax return is now being processed, and his 2020 taxes can be filed next week after the agency confirms it no longer lists Musgrove as deceased in its records. He reached out to WTHR this spring after attempts to get action from the IRS, Social Security Administration and Taxpayer Advocate’s Office led nowhere.

“They first told me it would take weeks or months, but after the story aired, things happened in just a few days. I’m still waiting to see what happens, but it sounds like it’s moving in the right direction,” he said.

The IRS told 13News it cannot discuss cases involving individual taxpayers, but an agency spokesman did ask WTHR for more information to help expedite a resolution.

More taxpayers fighting to be alive

Musgrove’s story prompted other taxpayers to contact 13News to report the same struggle with the IRS.

“We don’t know what to do. We’ve been fighting with the IRS since January,” said Teresa Mercer, who spoke to WTHR from her home in Muncie. “They said my Social Security number is with a deceased person, and we’ve tried and tried and tried, and no one can help us.”

Mercer and her husband have spoken with the IRS six times in the past four months, but they are still waiting for someone to switch her status from deceased to alive. While the IRS considers her dead, Mercer has been unable to collect $2,000 in stimulus payments and another $2,000 in tax refunds.

“It’s really frustrating. Is there ever going to be an end to this? Is there a light at the end of the tunnel?” she asked.

Kitty Smith has been battling the IRS much longer.

Credit: WTHR
Kitty Smith has been fighting with the IRS to recognize her as alive for seven years.

“Apparently I croaked – I died – in May of 2014. That’s when this all started with the IRS,” Smith told 13News. “Someone flipped a switch that I’m dead. I’m looking for someone to un-flip that switch and put me back to living.”

Seven years the IRS has considered Kitty dead. Seven years she has been calling and meeting with IRS staff to prove she’s alive. And yet last week, the Indianapolis grandma got another letter from the IRS stating her latest tax return was denied because she shows up in the agency’s database as deceased. She has visited multiple IRS offices with proof of identity – and proof of her pulse – but the in-person visits don’t change much.

“Last month, a lady at the IRS told me some of their computers show I’m alive and some are showing I’m deceased, and the deceased reports are overriding the alive reports,” the 80-year-old grandmother said. “To put it very bluntly, it pisses me off.”

It’s not just Indiana taxpayers who are facing this issue.

Kassidy Welsh saw 13News’ report about Bobby Musgrove on the internet at her home in eastern Oklahoma, and she said the story hits very close to home. Welsch is 21, but the IRS says she’s been dead since the age of 17. The recent college graduate has been trying to change that for four years.

“This is not right and it’s been horrible,” Welsh said. “Nobody can really help. It’s just never-ending circles of the IRS and Social Security pointing fingers at each other.”

IRS employees have told some taxpayers that the problem rests with information it gets from a “master death file” from the Social Security Administration. But some of the taxpayers who are considered deceased by the IRS have long ago resolved errors in the SSA’s master death file. Kitty Smith, for example, says SSA has never missed a Social Security payment, while the IRS repeatedly sends her letters indicating her Social Security number is linked with someone who is dead.

“It’s difficult to unwind the information once it’s in the IRS’s system that someone is dead,” Leslie Book, a Villanova University law professor who also sits on the board of the Center for Taxpayer Rights, told 13News last month. “We shouldn’t have to deal with a system that requires over two years to prove that you’re alive. That’s frankly just unacceptable.”

The professor said the IRS has struggled for years to provide adequate customer service—and the COVID-19 pandemic has made things even worse.

“Even before the pandemic, the IRS had a challenge in successfully communicating with taxpayers. So you have a perfect storm of circumstances coming together now where the IRS is really having a hard time meeting basic standards of service. We deserve better as a society and as citizens from our government,” he added.

While the IRS will not discuss individual cases with 13News, we again reached out to the federal agency to request action for Smith, Welsh and Mercer. They hope the IRS will bring all of them back to life, just as it is now doing for Bobby Musgrove.