An 18-month investigation highlighted a severe shortage of home nurses. Now, home health care workers are finally getting some help. 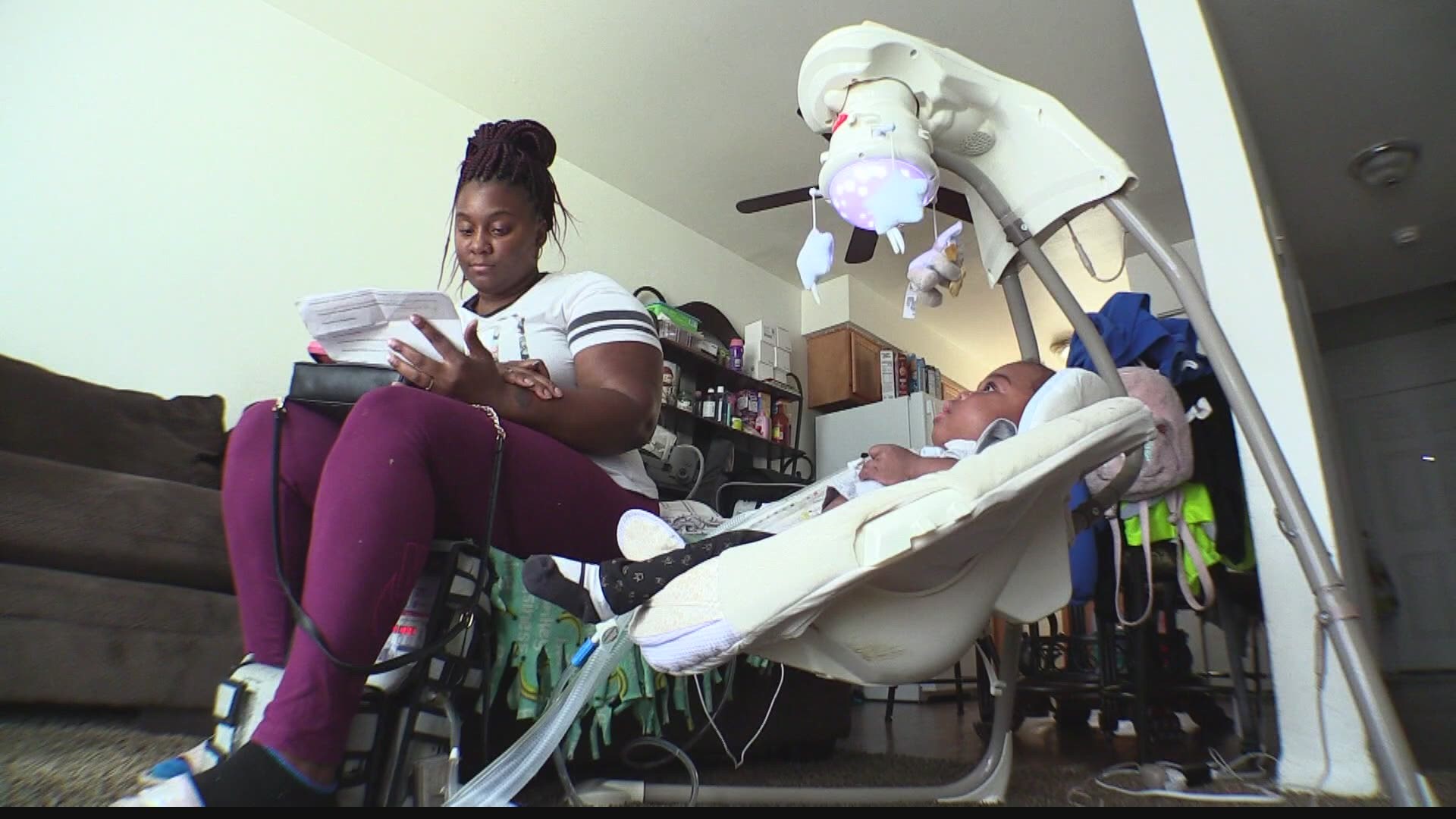 INDIANAPOLIS — Indiana lawmakers are taking action after a 13News investigation and documentary helped expose a health care crisis across the state.

The 18-month investigation highlighted a severe shortage of home nurses, resulting in thousands of Indiana families not receiving the home health care they need, often with devastating consequences.

State leaders have now responded with millions of dollars to tackle the problem. The new money approved by the state legislature could quite literally be a life-saver for thousands of Hoosiers, and it comes after 13 Investigates revealed Indiana has been turning its back on the state's most vulnerable residents.

Across Indiana, children and adults who need home nursing care simply cannot get it. WTHR’s Gasping for Care investigation and documentary revealed in recent years, the state failed to provide 6.1 million hours of pre-authorized home nursing care that it was willing to pay for.

In some cases, Hoosiers like Jim Aegerter and Cheyanne Hathaway died in nursing homes after they and their families spent months unsuccessfully trying to find nurses to care for them at home. In other cases, families faced economic ruin because they had to quit their jobs to provide the home health care the state was supposed to provide instead.

"If we can't work, how are we supposed to survive? Not only can I not work, I cannot support my other kids, my household, my bills," said Tyesha Wright, who waited months for a home nurse the state approved for her daughter Desire. "It's unfair because the only option that they give us is to basically give our kids up to a facility. And it's not that we don't want them, it's that we need help!"

The investigation found Indiana lawmakers and state leaders repeatedly failed to increase the reimbursement rates for home nursing care. Low rates translated into a severe shortage of home nurses – many of whom decided to go work somewhere else.

"Because of the reimbursement rates, [home health care nurses] are able to go down the street to McDonald’s or Hardees and make more money than they could in home care," Jennifer Heine, who helps run the Advantage Home Care nursing agency in Muncie, told 13News last year.

"It's heartbreaking to see these families and to know we just can't help them because we don't have enough staff," echoed Leslie Deitchman, owner of Tendercare Home Health, one of the largest home nursing agencies in the state. She said the agency has lost more than 200 nurses to low wages over the past several years, resulting in a long wait list of families who desperately need home nursing care.

For years, the General Assembly, the governor and Indiana's Family and Social Services Administration said they would address the problem of low pay for home nursing care. But they never did. Despite their pledges to allocate more money in the 2021 state budget to raise reimbursement rates for home nurses, the budget proposal introduced and considered by state lawmakers included not a single dollar to address the crisis.

That changed a few weeks ago when Congress and the White House approved the American Rescue Plan, sending an extra $3 billion in funding to Indiana.

Millions of dollars for home nurses, not nursing homes

With that extra money and a drastically improved forecast for the state's 2021 budget, the Indiana General Assembly approved an additional $20 million so Hoosiers who need long-term care can stay in their own homes rather than going to nursing homes.

"That's where the majority of people want to be anyway, so why not keep them there as long as they can?" said Sarah Waddle, director of AARP Indiana and a longtime advocate of improving Hoosiers' access to home health care services. AARP regularly rates Indiana as among the worst states in the nation for home health care access in its annual long term care rankings.

Waddle says after more than 6,200 Hoosiers have died in nursing homes from complications linked to COVID-19, dedicating more money to home health care is long overdue.

"I think it's great news because people are paying attention to what's happening in our nursing facilities across the state and are looking for other options to try to keep their loved ones at home," she told 13News.

The Indiana Association for Home and Hospice Care has lobbied the state legislature for years, trying to convince lawmakers that home health care should receive a larger portion of Indiana's long-term care budget. But the state's LTC funding has been heavily skewed toward nursing homes, which have received a far higher share of LTC funding than nursing homes in other states. The governor and FSSA recently announced plans to "rebalance" that funding to ensure more Hoosiers can receive long-term care in their own homes.

"We're very excited to see some dedicated funding there," said Evan Reinhardt, director of the Indiana Association for Home and Hospice Care. He said the additional $20 million — split over the next two years and earmarked for increased reimbursement for Medicaid home health services — should make a big difference in improving Indiana's home nursing crisis.

"We're happy with $10 million a year, and we think it will go a long way to address some of the issues we have within our industry related to capacity and workforce," Reinhardt said.

The details of the increased reimbursement rates are now being worked out between FSSA, Medicaid and representatives from the state’s home health care industry. The increased rates are expected to be finalized prior to July 1, when the state's new fiscal year budget takes effect.