Total Recall: An IU grad's rare ability creates a map to almost every day of her life

There are a few dozen people in the world who can recall almost everything about their life. 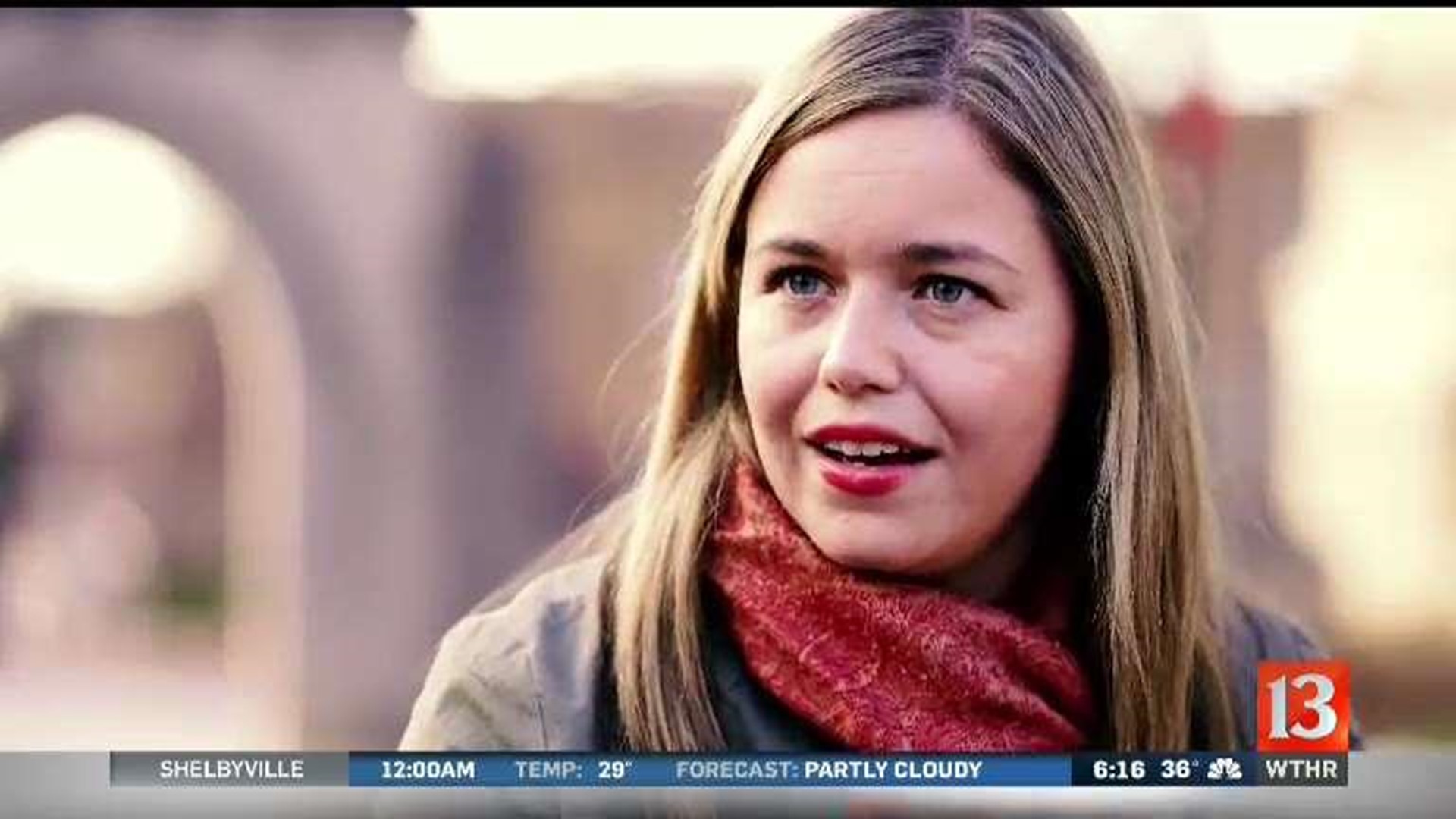 The ability to literally remember every day of your life.

And a woman who received her masters degree from Indiana University has that extraordinary gift.

We can all remember major milestones in our lives: a special childhood birthday, a big work achievement, your wedding day.

But there are a few dozen people in the world who can recall almost everything.

Their brains are full of dates, times, who they talked with, what they ate, what they wore — over decades.

When it all began

Just before her 11th birthday, it started for Markie Pasternak.

That's when a calendar formed in her mind.

"The week I go back to is February 9, a Wednesday in 2005," Pasternak explained. "It starts filling in around February 9 to the 13th, I can start remembering everything I did. Starting February 2005, there's a date associated with it. January? Couldn't tell ya'!"

That's when she began connecting days and dates to moments and memories with stunning accuracy.

"So February 13, I was a figure skater growing up and we got our first first place. But then I can tell you the competition was in Beaver Dam and that we stayed, our hotel room was on the second floor. The ninth sticks out for me because we had a field trip that day for school. We saw a play about Harriet Tubman. In eighth grade, I didn't wear the same outfit once the entire semester because I just switched it up because I could remember what I wore every day. My friends in middle school, we had a good time with it when they'd be like, 'oh, when was Molly's birthday party' and I could tell you that. Or I could tell you when we had this test in school. It was funny because I started to realize other people didn't know that stuff. And it was fun! Because then people could, you know this was around the age where cell phones were starting to get popular around my age, so people could whip out their cell phones and just go on their calendar and they're like, 'oh yeah! it was a Saturday!'" Pasternak said. "So I was known as the calendar, the human calendar, yeah."

Pasternak, who recently finished grad school at IU, can vividly remember practically every day of her life.

She's one of less than 100 people worldwide with HSAM.

How HSAM works for her

It's autobiographical because their recall connects to a personal experience.

Research suggests people with HSAM have a larger temporal lobe in their brains and have linked HSAM to Obsessive Compulsive Disorder.

Markie learned there was a name for her ability, in college.

That's the day a psychology professor talked about HSAM in a Learning and Memory class at Marquette, where she received her undergrad degree.

The professor then tested her.

"She said, 'my birthday's December 11, and instead of giving me a year, she said, 'what can you tell me about December 11?' And I told her in 2009, it was a Friday. I chaperoned a middle school dance as a volunteer through my high school. And then I went shopping with my boyfriend for Christmas stuff," Pasternak recalled.

Her diagnosis was eventually confirmed by scientists at the University of California Irvine, through a series of memory screenings and tests.

We couldn't resist quizzing her, too.

And it was interesting to watch her puzzle out the dates and events out loud.

Date of the Boston Marathon bombing?

How about the opening ceremonies of the Rio Olympics?

"There was also a fireworks show in Green Bay that night that my friend and I went to see," Pasternak added, "and then we watched the opening ceremonies."

Remember, people with HSAM need a personal connection to spark a memory.

She described for us what's happening in her mind during all of this.

"I see a calendar, but it doesn't look like what most people would consider a calendar. How I explain it is sort of a game board, right? So something that you can kind of walk on," Pasternak said. "Starting in January, ... it's kind of a curvy path to February, March, April, May. Each month is a color. Then I almost explain it as like zooming in on something. So I can see the day. I think about 'oh what event happened that day in my life personally' and then kind of go deeper into it. What time did these things happen at? What did happen? Who was I with? What did somebody say?"

She says that mental scrapbook can get exhausting.

And dating relationships can get a little interesting.

"Like you better remember the anniversary?" we asked her.

"No, no, I'm not like that," Pasternak said with a laugh. "But guys that I dated who knew? They didn't go there. They would check their text messages and be like you didn't send me that text on that day -- and then, there's the text. And again, there are some times that I'm wrong, but if you give me enough time to think about it and check it just like you saw me doing, I'll get to the answer."

HSAM and the fight against Alzheimer's

Pasternak says having HSAM is special and what most excites about her ability, is that scientists are studying people with HSAM in the fight against Alzheimer's.

Understanding heightened memory may benefit people who are losing theirs.

"What are the common life experiences? Is it nature or nurture, right? Is there something biological with it? Is there something that happened to us? Why do we have this specific thing that they don't even think they have a genetic link to? Even if the cure for Alzheimer's and dementia isn't found in my lifetime, at least I hope the research that I participated in helped," Pasternak said.

It's a talent for total recall that could unlock the mystery of memory in all of us.

Do you have HSAM?

There's a two-part test that researchers give people who potentially have HSAM.

There's an initial screening you can take or fill out if you think your child has HSAM.

You can complete it online here.