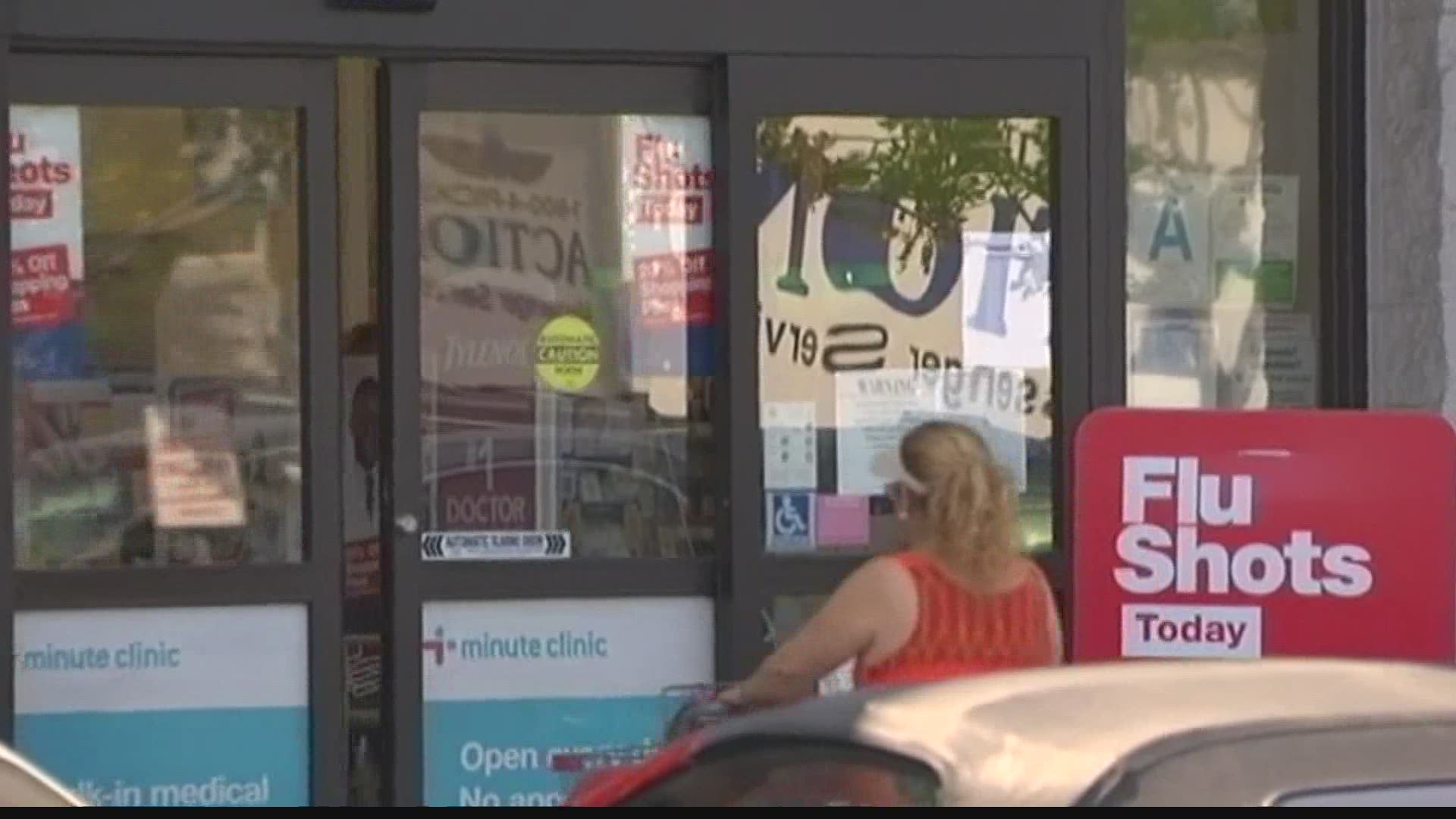 Although competitive marching band is no longer a go, bands can still hold camps and perform at school functions.

How a team plans to handle the upcoming season will be left up to the individual band programs.

The state is reporting 735 new positive cases of COVID-19. The total number of positive cases in Indiana is now 54,080. Nearly 600,000 people have now been tested in Indiana.This is the third day in a row with positive cases above 650. In comparison, on June 21 there were 248 cases.

The state also reported 10 new deaths bringing the total to 2,602.

The elevated level of applications for jobless aid is occurring as new confirmed cases of coronavirus are spiking across much of the Sunbelt, threatening to weaken the economic recovery. Case counts are rising in 40 states and 22 states have either paused or reversed their efforts to reopen their economies, according to Bank of America.

The Labor Department’s Thursday report showed that applications for jobless aid fell by about 10,000 from the previous week. The figure has now topped 1 million for 17 straight weeks. Before the pandemic, the record high for weekly unemployment applications was nearly 700,000.

The total number of people who are receiving jobless benefits dropped 400,000 to 17.3 million, the government said. That suggests that some companies are continuing to rehire workers, which could offset some of the job losses reflected in the still-high level of claims.

An additional 928,000 people sought benefits last week under a separate program for self-employed and gig workers that has made them eligible for aid for the first time. These figures aren’t adjusted for seasonal variations, so the government doesn’t include them in the official count.

In Indiana, Amazon has donated 102,000 masks to Direct Relief to support healthcare clinics in caring for the world's most vulnerable people. Direct Relief and Amazon previously donated supplies for the coronavirus in China in early 2020 and the Puerto Rico earthquake in 2019.

In addition to the masks and contactless thermometers, Amazon has also donated over 273,000 gallons of hand sanitizer to Feeding America’s food bank network to help their staff and volunteers stay safe. Amazon founder and CEO, Jeff Bezos, donated $100 million to Feeding America back in April 2020.

There have been 3.49 million confirmed cases of COVID-19 in the U.S. as of 3:30 a.m. ET Thursday, according to Johns Hopkins University. There have been more than 137,000 deaths and 1.07 million people recovered.

Worldwide, there have been 13.55 million confirmed cases with more than 584,000 deaths and 7.56 million recovered.

CFD will also be handing out information on virus prevention and safety, and answer questions from the public.

RELATED: Coronavirus under control in 8 weeks if everyone wears masks, CDC director says

During the event, representatives from CFD will be wearing masks and keeping to the physical distancing guidance to avoid possible spread of the virus.

The event is open to the public, and visitors should also wear masks and maintain proper distance from others as they approach the booth.

The BMV began rescheduling exams in late June for anyone who had an appointment canceled due to the public health emergency. Once all customers with a previously canceled appointment have had the opportunity to reschedule, the BMV will open appointments across the state corresponding to branch timeslot availability. The first appointments will be available as early as July 16 with all branches offering appointments by July 24.

Appointments are required for driving skills exams and must be scheduled a minimum of 48 hours and maximum of 3 weeks in advance.

Customers and drive examiners must follow specific health and safety requirements during the driving skills exam. Those requirements include answering health screening questions, having at least two windows in the car opened slightly and wearing a mask.