Ilonka Herber has visited her husband nearly every day for four years, but Tuesday, they were allowed to be in the same room for the first time in nearly a year. 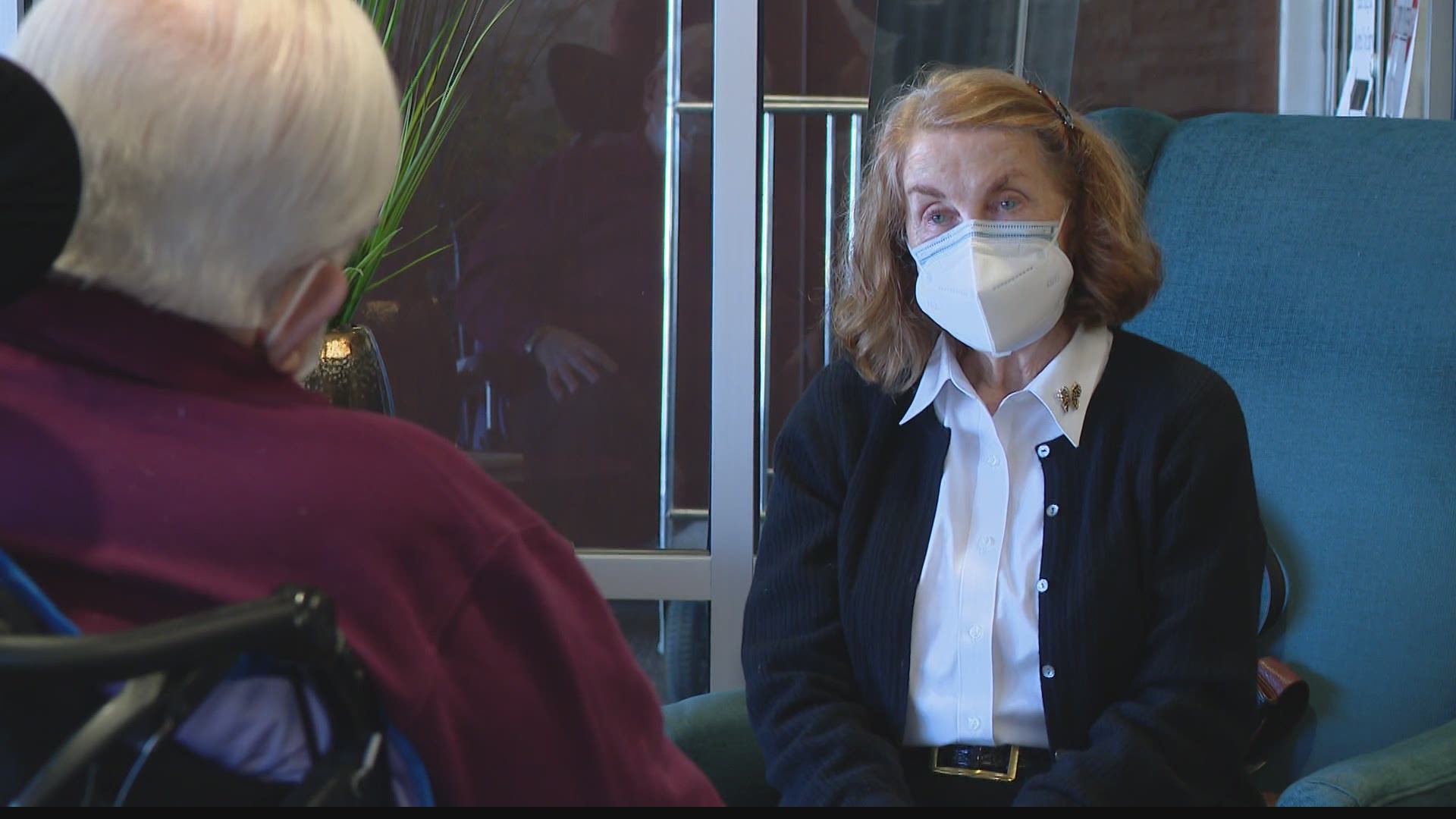 But since last March when the pandemic struck, those visits have been through the window of Bill's first-floor unit.

Tuesday, that changed. Ilonka walked past Bill's window and through the front entrance of Hooverwood for the first time in nearly a year, thrilled, she said, "just to see him in real person."

After registering at the entrance, Ilonka spotted Bill approaching in his wheelchair and shouting her name.

She clapped, hurried toward him and then abruptly stopped, realizing hugs and touching were still off-limits.

But as they moved to the common area up front and sat several feet away, Ilonka said, "this has been almost a year and I'm not allowed to hug you. We have to be six feet apart and have a mask. I'm sorry, but feel yourself hugged."

Ilonka said the couple, who have been married 55 years, have been physically apart for a year twice before, first when Bill served in Vietnam and later when he spent a year in Korea in a different capacity.

"So, you would think we were well-versed in not being together, but it gets more difficult as you get older," Ilonka said.

Credit: WTHR
Ilonka Herber and her husband, Bill, visit in person for the first time in nearly a year.

While there are still no in-room visits with visits capped at 45 minutes, Bill said he was happy just to be in the same room with his wife.

"It's wonderful to see her versus through the window," he said. "We can talk to each other and describe things out of our memories."

"It is special just to have nothing between us for a change, no window pane no, great distance. It's good, it's the beginning. I hope there's more of it," she said.