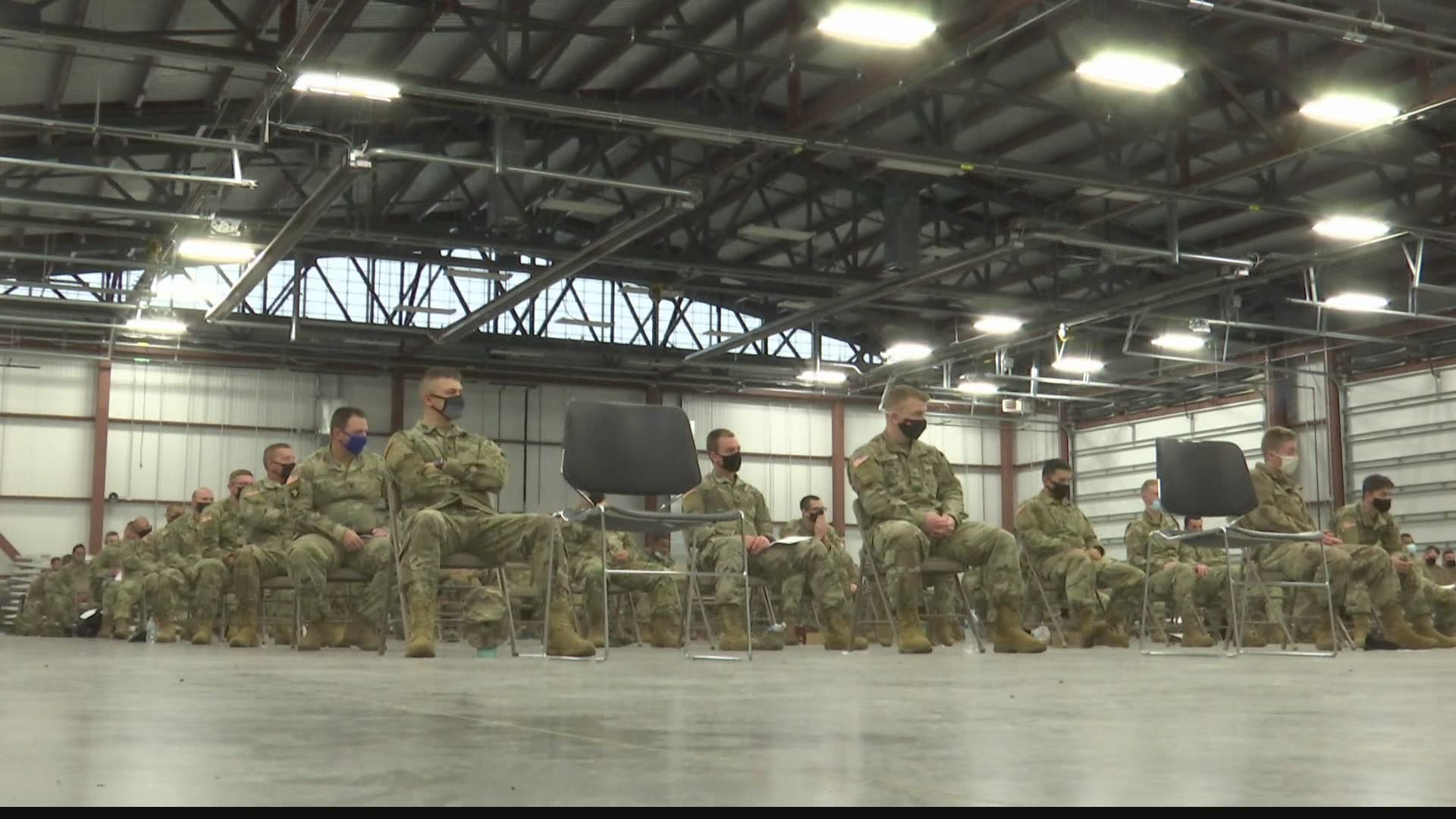 No one enters Otterbein Senior Life in Franklin without being greeted by the Indiana National Guard.

"We want to try to keep everyone as safe as possible away from the nursing home,” said Sgt. Brigman Bell, on duty performing temperature screening at the front entrance Wednesday morning. “So our job is kind of like that front door. I see it more as like a barrier, just to make sure that everything goes smoothly at the front."

Bell and Sgt. Justin Rector dress as civilians but are serving on a mission to end the pandemic. More than half of Indiana's 8,790 COVID-19 deaths are residents in nursing homes. 21 residents at Otterbein have died from COVID.

"I think it kind of opened my eyes in the seriousness of the pandemic that we're in,” said Rector. “It's been a good thing for me and a lot of these soldiers to be able to see what's really going on behind the scenes and to get to help. It's really been fun."

About 1,300 soldiers received training in the fall at Camp Atterbury and are currently deployed to about 520 long term care facilities across the state. Most are assigned to facilities within 50 miles of their home.

"To be able to be called to do this so close to home, so close to our families, to be able to serve communities that we're familiar with and quite fond of. It's a blessing and it's an honor at the same time,” said Lt. Adam Sweet, who is supervising the guardsmen working in nursing homes in an area from roughly the north side of Indianapolis down to Franklin.

Bell is a 23-year-old Ivy Tech student from Indianapolis with five years in the Guard. Rector is 28 and has previous missions in Afghanistan, Germany and now, his hometown.

The two infantry soldiers have traded their Army uniforms for Otterbein employee badges and their rifles for thermometers as they stand guard at the entrance. They perform temperature checks and COVID-19 screening, handle deliveries and clean high-touch areas among their duties.

The goal of the Indiana National Guard mission is to provide relief to the staff at nursing homes, allowing health care workers to focus on resident care.

"It goes a long way,” said Rob Newcomer, Otterbein Franklin Senior Life Executive Director. “It's very valuable. It allows my staff to redeploy and do other things as important direct patient care."

The mission that started in November was originally scheduled to end with 2020 but is now extended through February 28.