Experts say full approval could set the stage for more mandates in workplaces and schools, something the Pentagon and New York City schools did Monday. 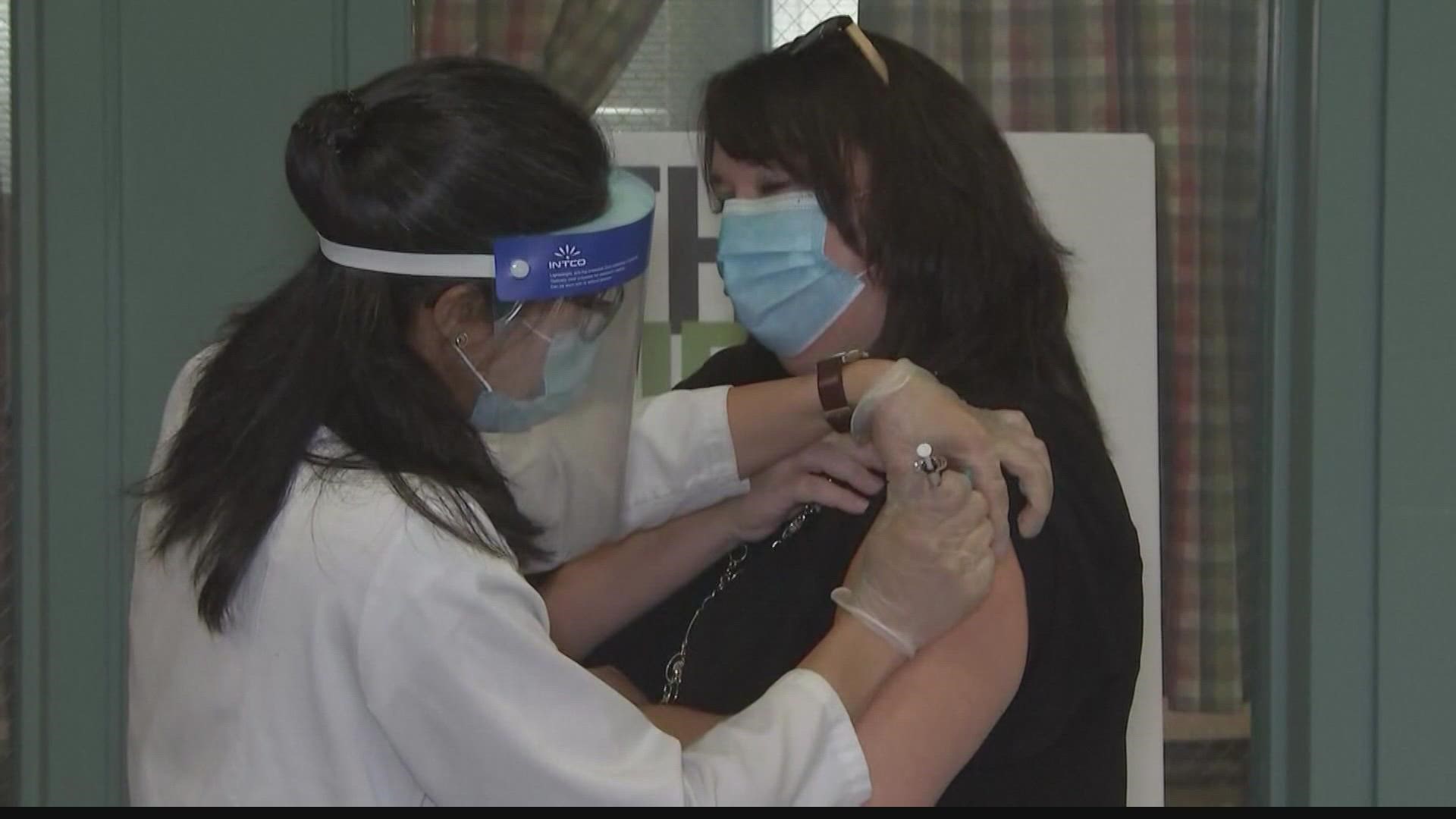 INDIANAPOLIS — FDA’s full approval of the Pfizer vaccine is being called major milestone, but people still have a lot of questions about this game-changing decision.

1.  What does full approval mean?

To get the green light from the FDA, a vaccine must have enough research to show it’s safe and effective for most people. Unlike the two months needed for emergency authorization, full approval requires six months of data. The FDA reviewed data from 40,000 trial participants before signing off and found the vaccine to be 91% effective in preventing COVID.

The review process was prioritized by the FDA, giving them about six months to evaluate the data. The FDA said they used an all hands on deck approach to accomplish it quickly. Reviews can sometimes take months or years.

An application was submitted in early May after it received emergency use authorization in December. Since then, more than 204 million Pfizer shots have been administered

3.  Will it lead to more mandates?

Experts say full approval could set the stage for more mandates in workplaces and schools, something the Pentagon and New York City schools did Monday. That’s because it’s significantly more difficult to challenge in court and employers feel more comfortable.

4.  What about the other vaccines?

Moderna filed for full approval a few months after Pfizer. Johnson & Johnson said it hopes to do so later this year.

The FDA only gave full approval of the Pfizer vaccine for those 16 and older. The vaccine will continue to be available through emergency use authorization for those 12 to 15 years old.