On June 27, Paul Etter ended up in an hourslong standoff with police in Boone County. 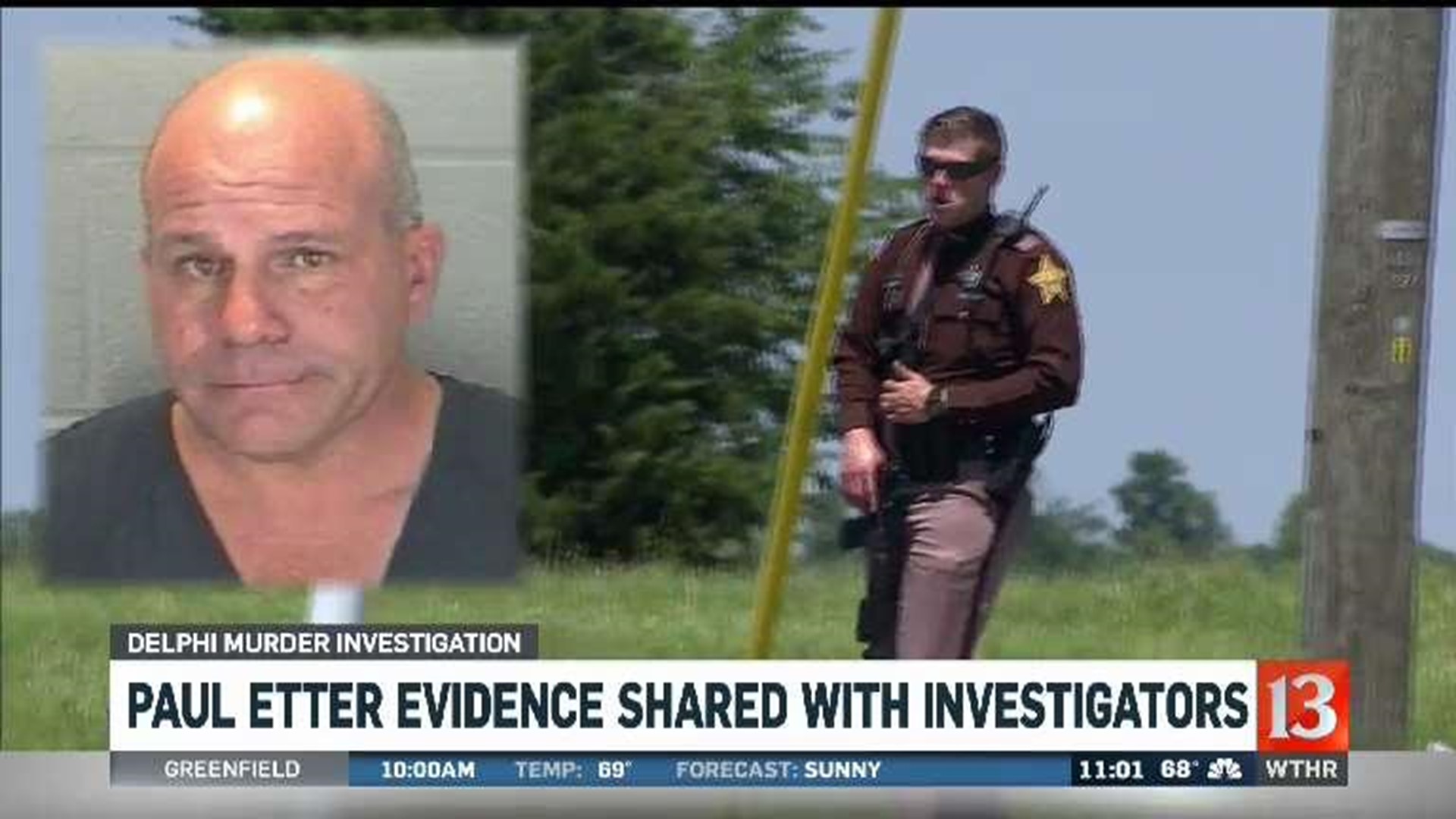 LEBANON, Ind. (WTHR) — Investigators in Delphi are trying to figure out if 55-year-old Paul Etter is responsible for the murders of Libby German and Abby Williams.

"I would caution folks on not getting ramped up on just one certain individual because of his recent attention because of what he's done," said Carroll County Sheriff Tobe Leazenby.

Leazenby says investigators requested autopsy and DNA results from Etter after he killed himself last month during a standoff with police in Boone County.

At the time, Etter was charged with raping a woman who investigators say he kidnapped while she was changing her tire on the side of the road in Tippecanoe County.

According to investigators, Lebanon police spotted Etter in Boone County and tried to pull him over.

That led to a chase and a several hours long standoff that ended with Etter's suicide.

"We're not in a position where we're saying this guy has moved up on the priority list or anything like that. We continue to follow him as we would anyone else," said Sheriff Leazenby.

Carroll County's sheriff says investigators were already looking at Etter because his name had been called in to the tip line set up for the case.

After his suicide, investigators asked for Etter's autopsy and DNA results as a way to either make him a suspect or rule him out.

The sheriff cautions jumping to any conclusions.

"Let's let our investigators do their job and play this out and follow it out as far as we can and see where it takes us," said Leazenby, adding there was no definitive timeline of when they'd have answers regarding Etter.

On June 27, Etter ended up in an hourslong standoff with police in Boone County.

He was wanted on charges he kidnapped and sexually assaulted a woman in Tippecanoe County. Police had been searching for him for days when a Lebanon officer pulled him over.

“It was a stressful event, and everybody maintained discipline, and he chose how it ended,” Lebanon Police Officer Ben Phelps told our newsgathering partners at The Lebabon Reporter. “And while it’s not what we wanted, it’s apparently what he had planned.”

Police reportedly collected Etter's DNA, but it is not clear if that is part of the evidence turned over to investigators working on the murders of Libby German and Abby Williams in 2017.

“He’s not a priority,” Carroll County Sheriff Tobe Leazenby said. “He’s being looked into and pursued, but that’s like all the others that we’ve been looking into all along.”

Sgt. Kim Riley with Indiana State Police would only tell Eyewitness News that if a name has been given to them, they investigate them like all other names or tips they have received. Sgt. Riley would not confirm if Etter was among those they were investigating.