The Beech Grove Police Department is searching for two suspects who attacked and robbed a motel clerk. 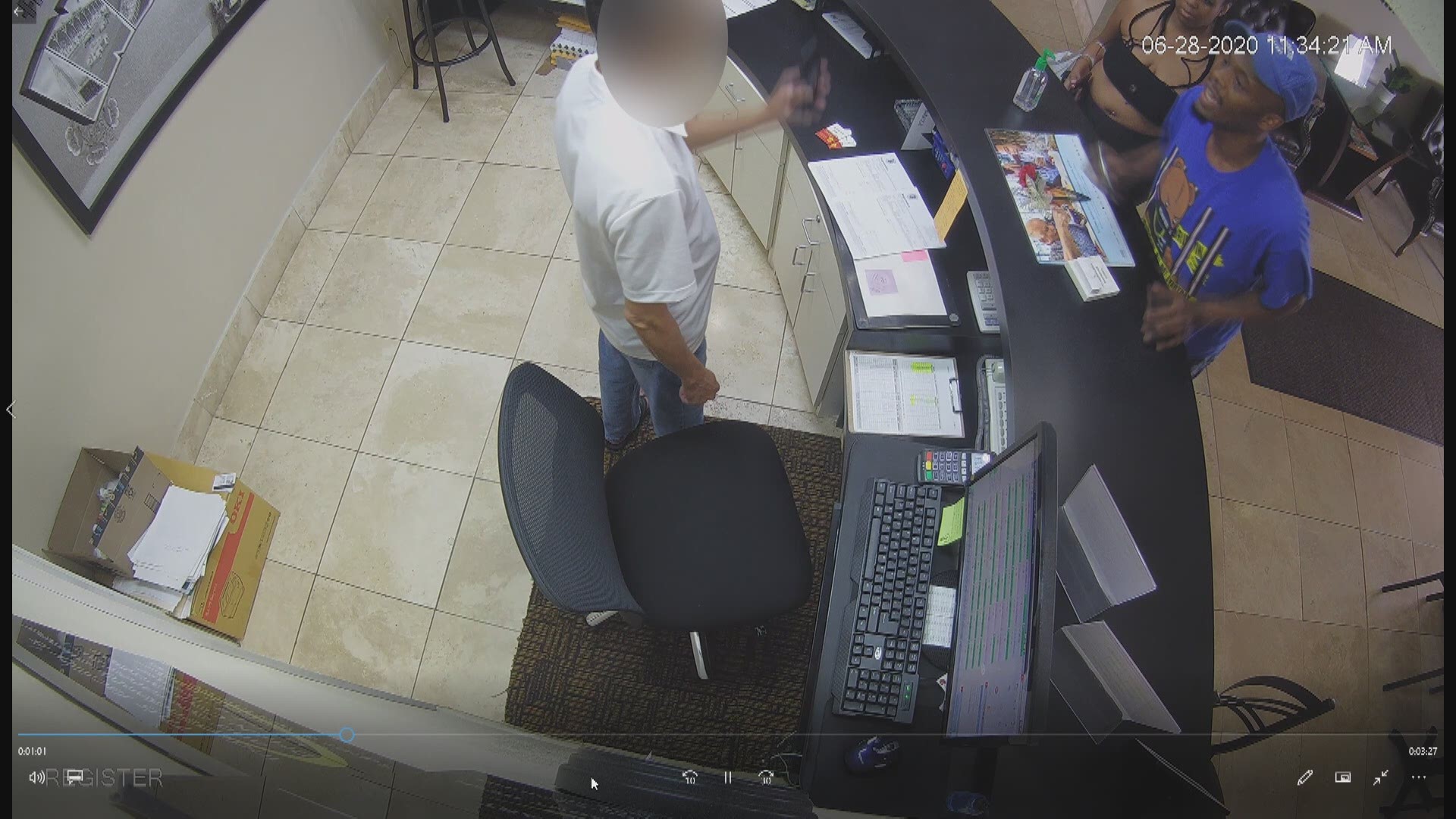 BEECH GROVE, Ind. — Police in Beech Grove are trying to identify a pair of suspects who attacked and robbed a motel clerk.

The incident was caught on surveillance video Sunday morning at the Super 8 Motel on Emerson Avenue.

Police said a man and woman were trying to check out of their room when they got into an argument with the front desk worker over a cell phone left in the room.

The worker reluctantly reissued the room deposit and that’s when he was hit in the face. The male suspect reached behind the counter and took cash.

"I think the person got angry, saw an opportunity and then took it,” said Deputy Chief Tom Hurrle.

The two made off with about $260.The clerk was not seriously hurt.

Detectives said the room was rented out by another individual who has not been cooperative.

“She’s been reluctant to be forthright with any information at all,” said Hurrle. “I don’t know of too many cases to my knowledge where a person rents a room like that and puts down an $80 deposit for a complete stranger.”

The male suspect was wearing a blue shirt and had tattoos on his arms. The woman left the motel driving what appears to be a teal Chevy Cobalt.

Officers said it is possible they are from the Chicago area.

Anyone with information on the suspects is asked to call Beech Grove Police Detective Matt Bragg at 317-782-4937.