The shooting happened around 10:30 p.m. near East 86th Street and Allisonville Road. 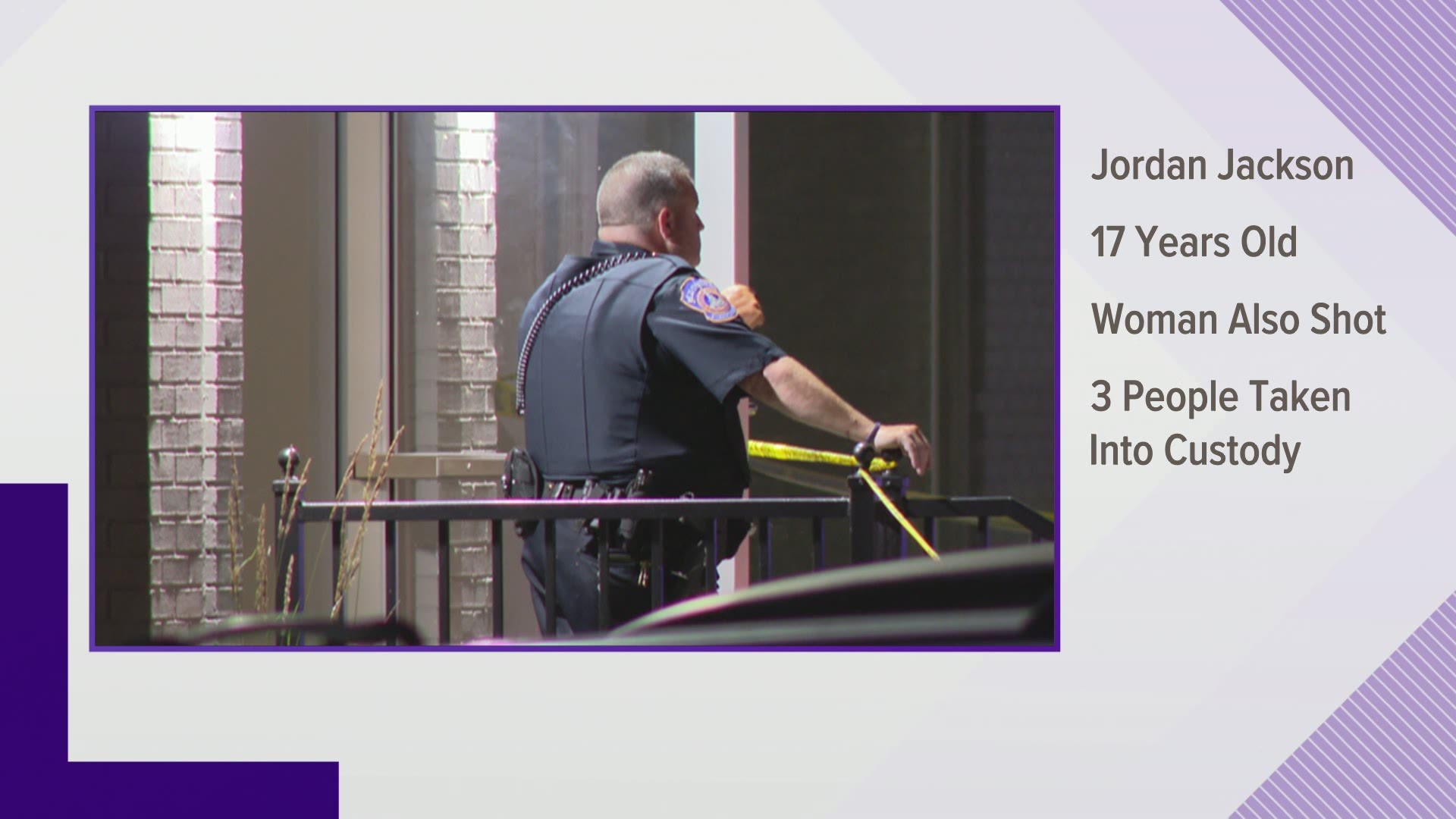 INDIANAPOLIS — One person was killed and another was wounded in a shooting on the northeast side of Indianapolis late Thursday.

According to police, the shooting happened in the 8800 block of Garonne Terrace, which is near East 86th Street and Allisonville Road, around 10:30 p.m.

Officers arrived on the scene to find two people with apparent gunshot wounds. One of the victims, 17-year-old Jordan Jackson, died at the scene. The other victim, a female, reportedly suffered a graze wound and is said to be in stable condition.

Police detained three people as part of their investigation. There is no word at this time if any arrests have been made.