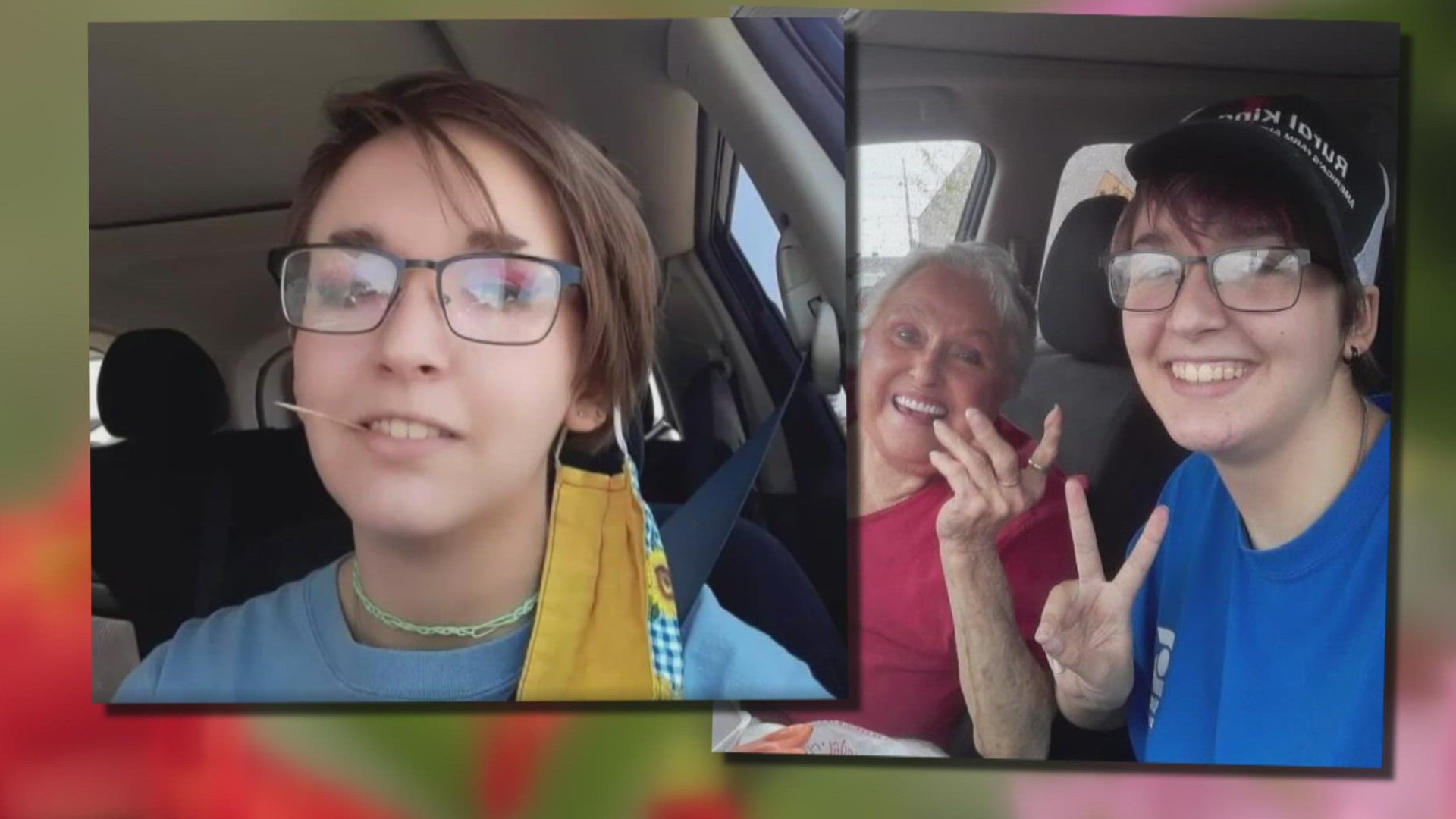 COLUMBUS, Ind. — The family of a Columbus teen killed while she tried to get on her school bus is speaking out about the tragedy and making a plea for justice.

Not even a week after Lily Streeval was hit and killed on a Bartholomew County road, the man investigators say is responsible for hitting her and taking off is able to get out of jail if he has the right amount of money.

Streeval, 16, took her last breath on the road just a few hundred feet from the home where her parents brought her home after she was born.

"She was in the road. Here is where she died," said Streeval's mother, Teri Burbrink.

Burbrink drew a heart on the road, marking the spot where her daughter ended up after she was struck. Investigators say 25-year-old Shiam Sunder Shankara Subramanian ignored a school bus' flashing lights and stop arm, hitting Streeval as she was crossing the street to get on the bus.

"The memorial's over there and that's where people leave flowers, but that's where my daughter died," Burbrink said.

The impact was so violent, Streeval couldn't be an organ donor like she wanted to.

"She wasn't just killed. She was violently killed," Burbrink said.

"I thought, 'He ain't getting away with this. He just hit that kid,'" said witness Brian Rea.

Credit: WTHR
Flowers are set up along Gladstone Avenue in Columbus in memory of 16-year-old Lily Streeval, who was hit and killed by a car while she was getting on her school bus.

Rea was three cars behind Streeval's school bus when she was hit. He made a U-turn and followed the driver who he later told investigators hit Lily.

Rea said the driver tried to take off again but got stuck on an embankment trying to turn around. Police arrested him there.

According to court records,  Shankara Subramanian's car had damage that showed it had recently been in a crash.

"I had to do what was right and not let him get away," Rea said.

But now Streeval's mother fears that's just what will happen now that Shankara Subramanian is able to post bail.

"I don't think this will ever go to court. That person didn't even stop when they hit her. He's not going to stay for trial," Burbrink said. "Change the laws. Make it so that hit-and-run people can't get out of jail and run. They've already proven that's what they do."

This mother wants justice for her child.

"She didn't get to have the future," she said.