Investigators say the suspect was trying to steal a catalytic converter from a Toyota Prius when the vehicle fell on top of him. 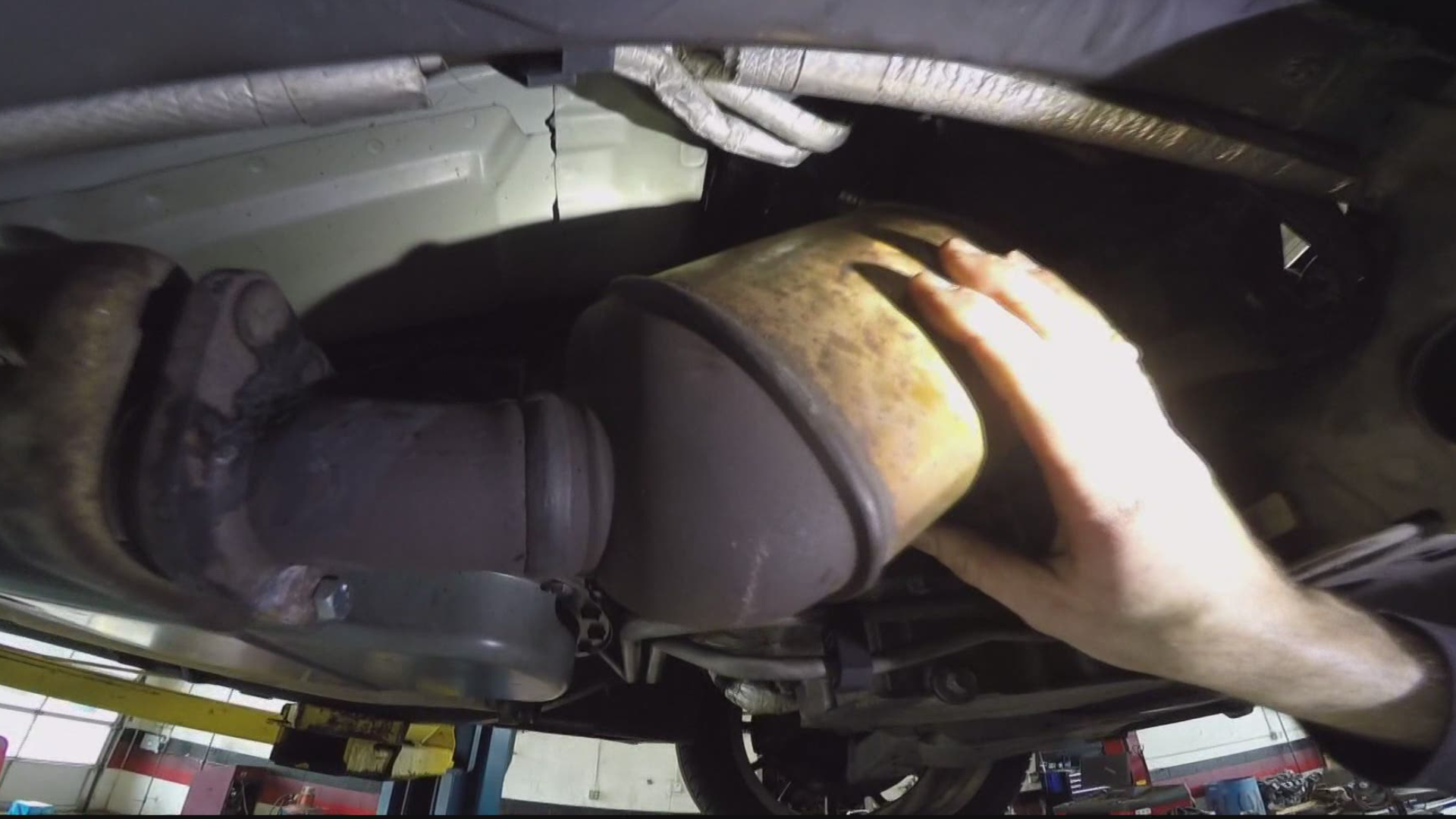 ANAHEIM, Calif. — A catalytic converter thief was crushed when the vehicle from which he was trying to steal fell on him.

Police said the thief was trying to saw the part from the underside of a Toyota Prius in the parking lot of a business in Anaheim, Calif. when the car fell. An employee heading to work found the body just before 6:30 a.m. PST, according to NBC Los Angeles.

Indianapolis police said last month the Prius is the most-targeted model of vehicle for catalytic converter thefts. The parts are usually sold for scrap, with thieves collecting a few hundred dollars due to three valuable metals - platinum, palladium and rhodium - that are used to make the converters, which help reduce a vehicle's emissions.

Repairs, however, usually cost the vehicle's owner about $1,500 or more to replace the part, which is often only covered by comprehensive coverage plans with the owner's insurance.

With the right tools and space under the vehicle, police say it takes 5-10 minutes for a thief to make off with a car's catalytic converter and no make or model is particularly safe from the crime.

Several cities have reported a spike in thefts during the pandemic and as the price of the metals inside increase, the National Insurance Crime Bureau reports.

Here are some steps in preventing catalytic converter thefts from IMPD: