Police said shots were exchanged during the incident between the individuals. 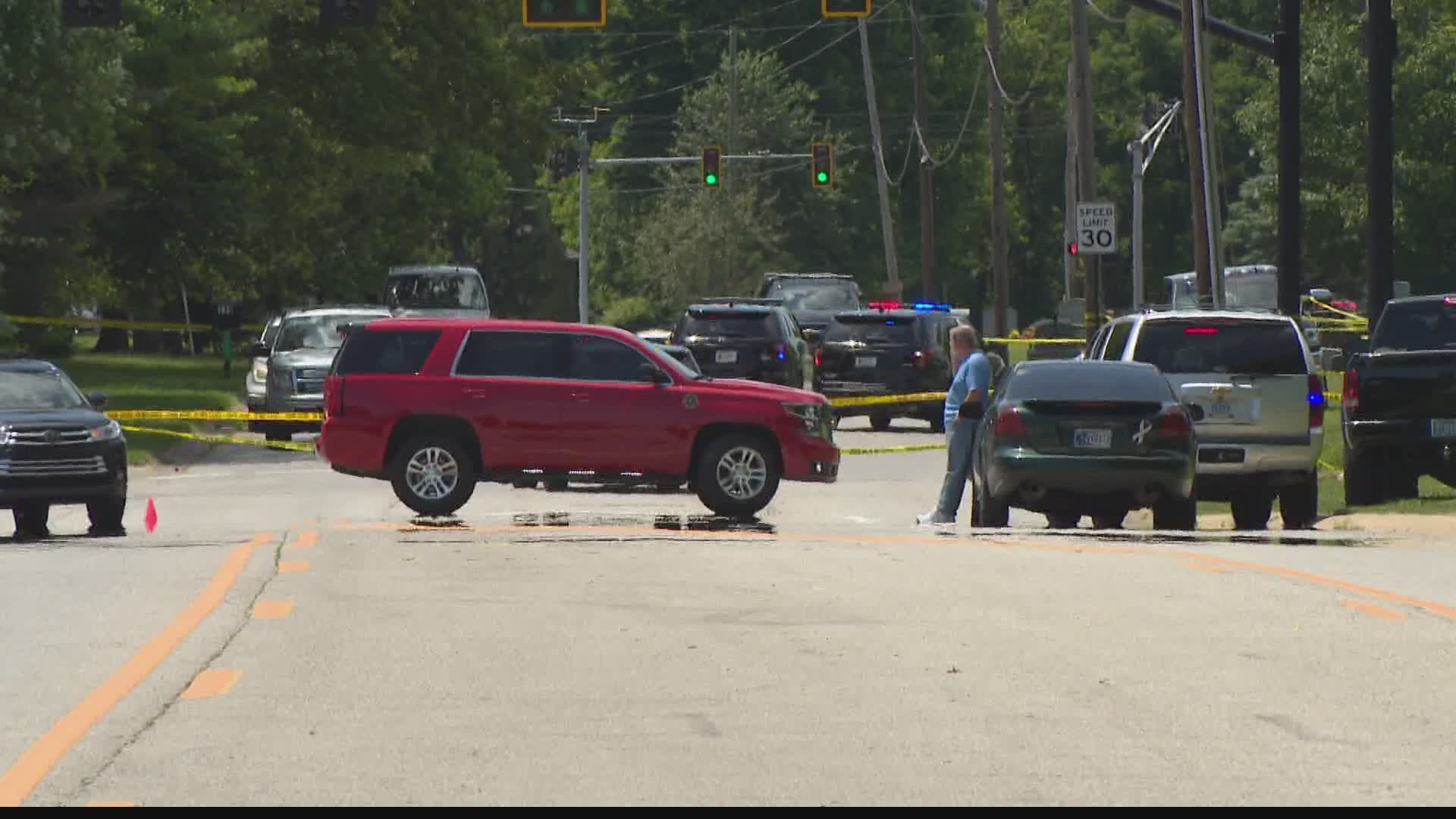 It happened near the intersection of 56th Street and North Grant by a cemetery around 1:15 p.m.

Officers are currently investigating a shooting at 56th Street & North Grant. There is no threat to the community. Please avoid this area. If you witnessed or have any information regarding the incident contact BPD Investigations Division at 317.852.1109.

Police said shots were exchanged during the incident between the individuals.

"Any individual that was involved in this incident or tied to this incident is known, identified...there is absolutely no threat to the community whatsoever at this time," Brownsburg Police Department Cpl. Chris Nelson said.

Identities of the two men killed could be released Wednesday along with additional details.

Police said information on a third person being injured is not correct and that no one was taken into custody.

Anyone who may have witnessed the incident is asked to call BPD Investigations Division at 317-852-1109.

RELATED: One wounded, one arrested in Brownsburg shooting

According to police, this is the first homicide of the year for Brownsburg.

No arrests have been made yet, but police have identified the individuals involved. It’s still not clear how many suspects there are.

Police said they interviewed multiple witnesses in the area and may have to interview more.

For a town that is usually quiet, this double murder is leaving many neighbors on edge.

“Never had any issues in Brownsburg, nothing crazy like that,” said Minerva Vega, who lives less than a block from the shooting. “It’s very surreal. A very family-oriented neighborhood, no issues, no problems with anybody ever.”