The U.S. Fish and Wildlife Service ordered a higher volume of water to flow from the lake into the Tippecanoe River to save an endangered mussels. 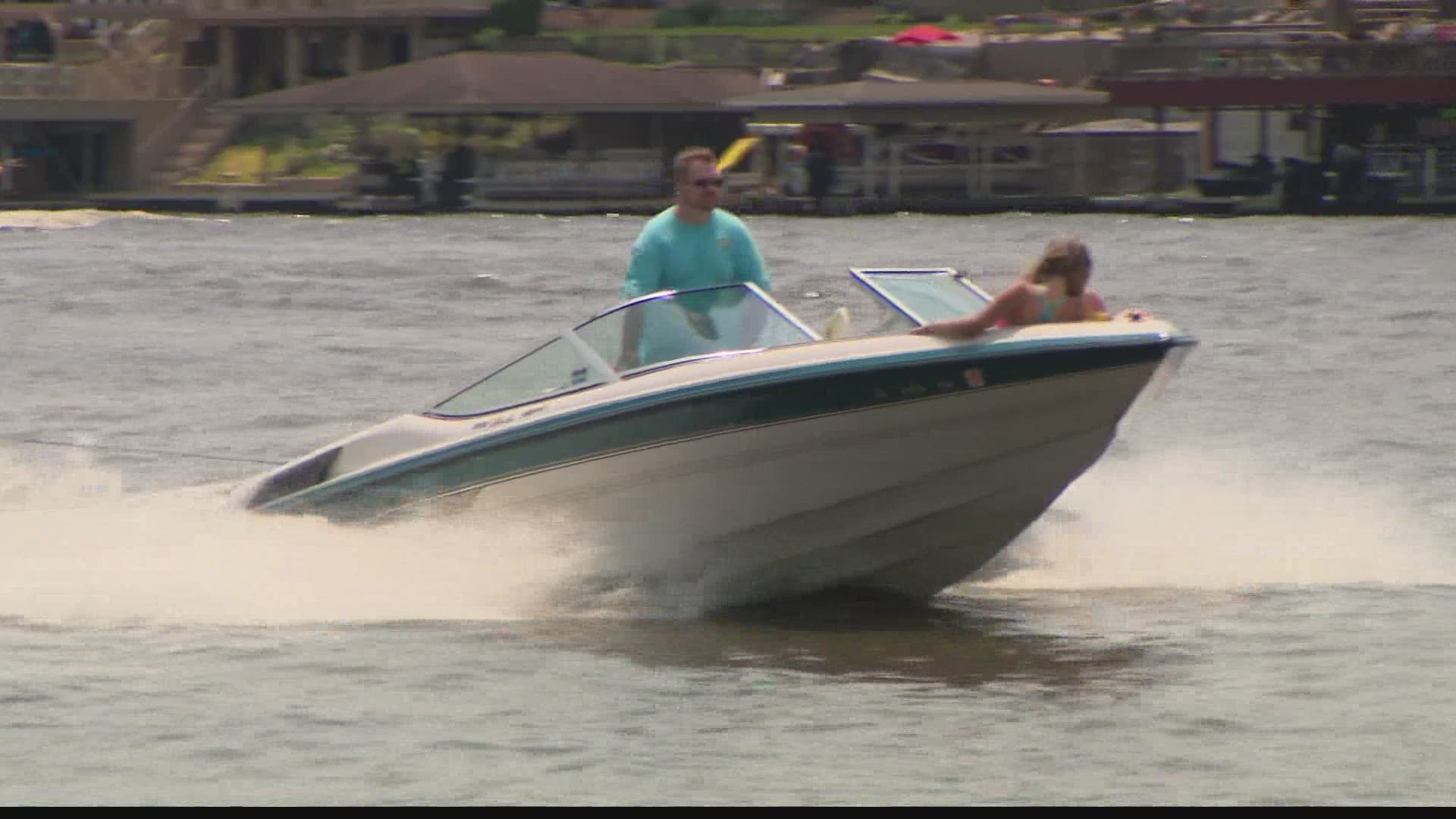 MONTICELLO, Ind. — Businesses and boaters on an Indiana lake are thrilled to be back on the water this summer after a crippling season last year.

The lake pretty much dried up.

“Our boats were stranded,” recalled Cindy Gilbert of Monticello.

The problem left businesses that rely on the lake high and dry.

“Grocery stores, gas stations, restaurants,” Seymour said. “You name it, they were hurting.”

"Last year was the worst year of my life,” said Chris Peters, who owns The Madam Carroll, a party boat on Lake Freeman that dubs itself the largest boat in Indiana.

First, the pandemic struck. Then the lake dried up.

Peters said the problem cost his business more than $100,000.

“It was crippling,” he said.

Credit: WTHR
The U.S. Fish and Wildlife Service ordered the Oakdale Dam to drain more water from Lake Freeman into the Tippecanoe River in an effort to save an endangered species of mussel.

In 2012, the U.S. Fish and Wildlife Service ordered a higher volume of water to flow from the lake through the Oakdale Dam and down into the Tippecanoe River in an effort to raise the water level to save an endangered species of mussel.

But with no rain, the water was flowing out of the lake faster than it was coming in, leaving the lake to dry up.

Credit: WTHR
Lake Freeman in Monticello is down about six feet, leaving hundreds of boats and wave runners stuck on their lifts.

A consortium of homeowners, business owners and community leaders said they believe the government overestimated the volume of water that needed to flow from the lake into the river. They’ve been battling the issue in court.

They’re also now working to put together a study to show how big of a financial impact this had on them. They hope to strike some kind of compromise in the future.

“This just kind of puts a dollar number behind it,” Peters said. “[We] can only hope in the future things like this are considered.”

RELATED: Business drying up as Indiana lake is drained to save endangered species

For now, the water is back and so are the boaters.

"I think everyone’s out taking advantage of it because you just never know what tomorrow’s gonna bring,” Gilbert said.

And business owners are doing their best to ride the wave.

“I’ve never been so motivated,” Peters said. “I’m out every day, painting, catching up. We’ve got tons of sold-out events and open stuff coming up. It’s just the best feeling ever. It’s business how it should’ve gone. How it should’ve been.”