Ashley Gurvitz doesn't shy away from challenges in the communities she serves. 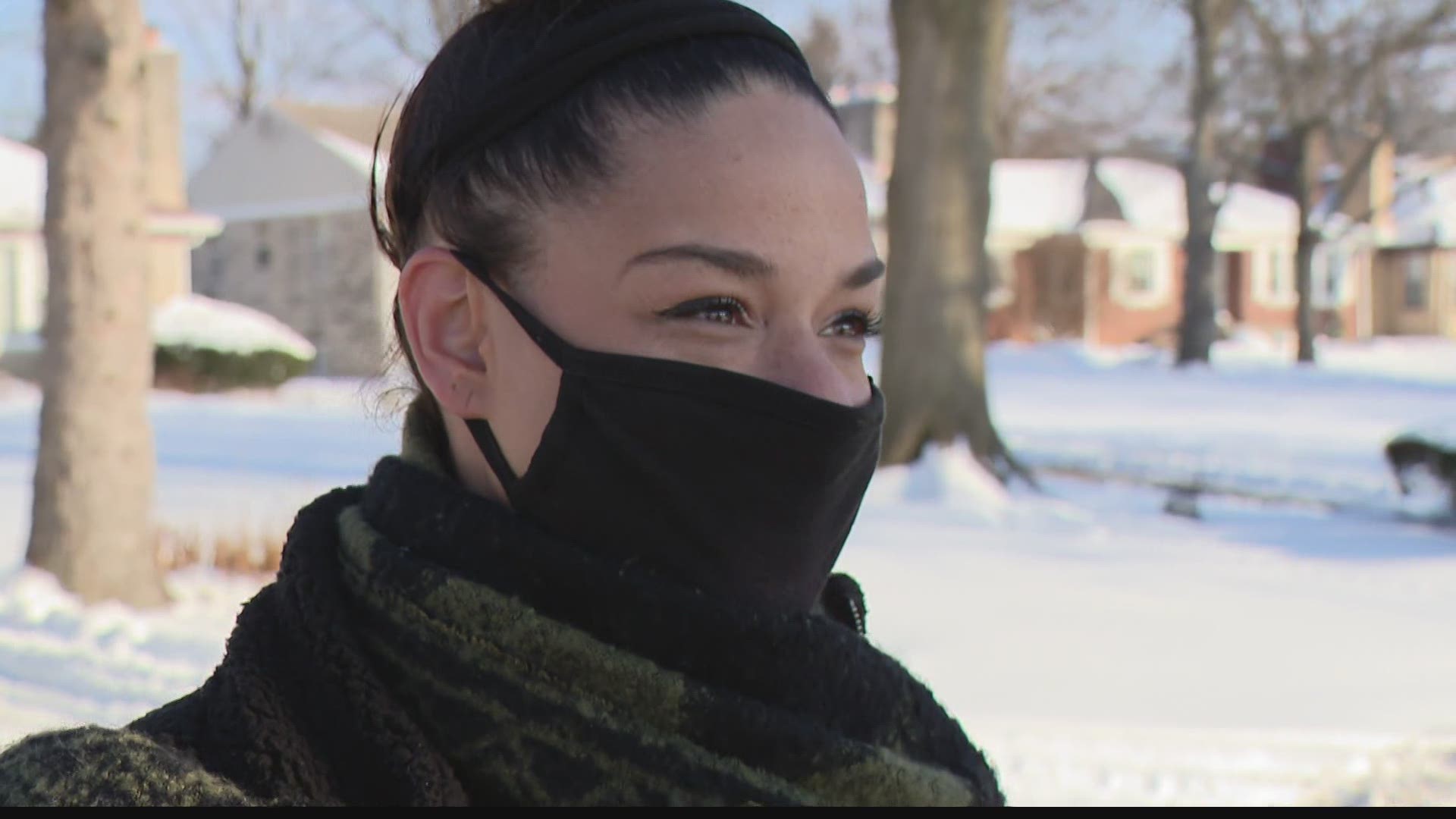 INDIANAPOLIS —
On a frigid February day in Indianapolis, Ashley Gurvitz has chills walking through her Forest Manor neighborhood on the city's northeast side.

“Yeah, and I never thought I would have it," she said.

Gurvitz now lives in the same home her parents once did as newlyweds, years before Ashley came into the picture. They adopted her at just 3 months old.

"Legit, right over this housing line is St. Andrew Church, and that was the place my parents were attending when the caseworker from Homes for Black Children with the Children's Bureau reached out about adopting me," said Gurvitz.

Three decades later, though, the east side represents more than just a homecoming for Gurvitz: It's where she's found her voice

"Titles are good, but purpose is better," she said.

And Gurvitz has found hers, building partnerships within the community, championing its residents, encouraging investment and finding resources for an area often forgotten or left behind.

This afternoon at the historic Douglass Park Family Center we announced the launch of Circle City Forward, an ambitious plan designed to jump-start our local economy and drive public investment into Indianapolis neighborhoods. pic.twitter.com/NOEhYraK9H

"As much as we know about Fountain Square and Broad Ripple, right? I want you to know about northeast Indy," Gurvitz said.

Gurvitz wants to talk about an independent grocery store that opened just before the COVID-19 pandemic began, situated in an area considered a food desert.

"Like right now, we're trying to fundraise so they can get an actual good sign," Gurvitz said.

She also wants the public to know about Cook Medical and the Goodwill project, going in on an empty lot at 38th and Sheridan streets.

"100 livable-wage jobs, average starting salary wage of $16 an hour. Free education paid up front, all the way to a master's," Gurvitz said.

But for all the progress she sees and is a part of, Gurwitz doesn't shy away from the area's challenges. Last year, just down the street, 16-year-old Nya Cope was killed by a stray bullet.

"It's literally arm’s distance away from where she lost her life to a stray bullet," Gurvitz said. “How do you encourage life after something traumatic? If we care about community, we can't turn our eyes and not look at it. What can we do to help it?"

Gurvitz is trying, and her work isn't going unnoticed.

Indiana's Democratic Party just recognized her as a Hoosier Making Black History through her advocacy.

Visit Indy just named her one of the city's Faces of Black Leadership.

There’s also the seats Gurvitz occupies on many boards, as well as her work as the president of the Indiana Democratic African American Caucus.

Gurvitz is seemingly everywhere, but she has found her home and life's work on the east side.

"We just go block by block and tell the whole story about what's happening here," she said.

Gurvitz's story is still being written.

"I just refuse to settle and hopefully, others feel the same," said Gurvitz.