Five-year-old Hunter Tynes had to have a reconstructive skull surgery before he was even 2 years old. 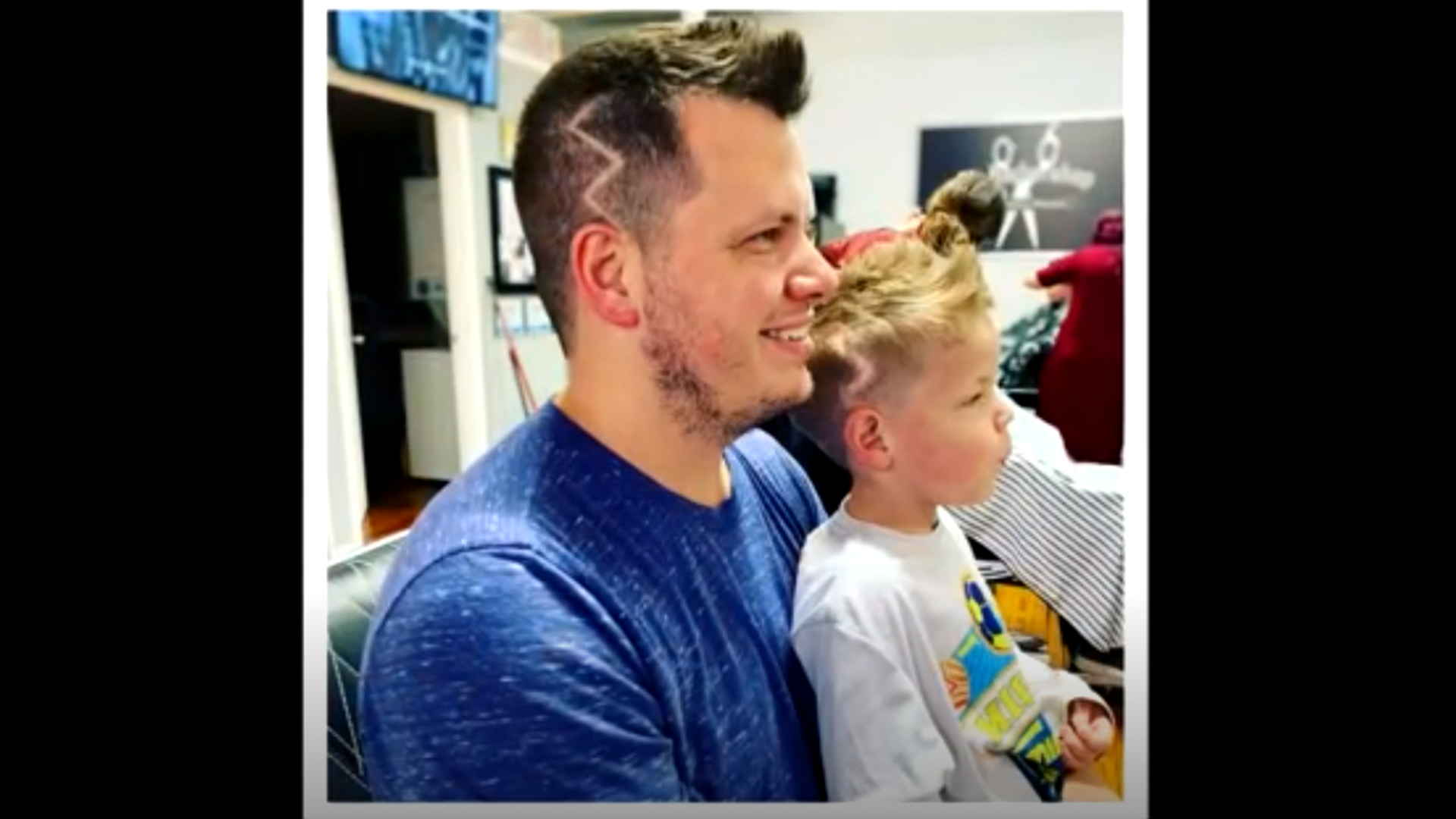 PACIFIC, Mo. — Jonathan Tynes is really into cool designs. It's what he does at his print shop in Pacific, Missouri — screen printing, embroidery, leather patch hats, you name it.

But a few days ago, he planned for a different type of design — a lightning bolt cut into his hair. He did it to match his 5-year-old son, Hunter.

Hunter is a typical kid who likes to play at school, outside, and with his toys. But unlike a typical kid, he has a lightning bolt-shaped scar on his head.

Hunter was born with a condition that caused the plates in his head to be fused together prematurely.

"It just really hit me in the gut," Hunter's mom, Danielle Tynes, said. "It was very heart-wrenching that something could be severely wrong with him."

"He had to be cut from ear to ear, opened up and his skull totally reshaped," Jonathan said.

Surgeons cut his incision in a zigzag pattern so his hair would cover up the scar as it grew back. But that method only worked on top. The scar tissue on the sides of his head didn't cooperate. It's something Hunter has been very self-conscious about recently.

"I said, 'Your lightning bolts are really cool. I wish that I could have that.' And he goes, 'Well, why don't you? Why don't you have them? If they're so cool why don't you get them?' I said OK, then I will,'" his dad said.

So Jonathan went to the barber and got a replica of his son's lightning bolt scars shaved into his hair.

"The messages that poured in, the people that said how it touched them, it's been really incredible," Jonathan said.

And as for how Hunter feels about his dad's new do?

"Being my best friend," Hunter said.