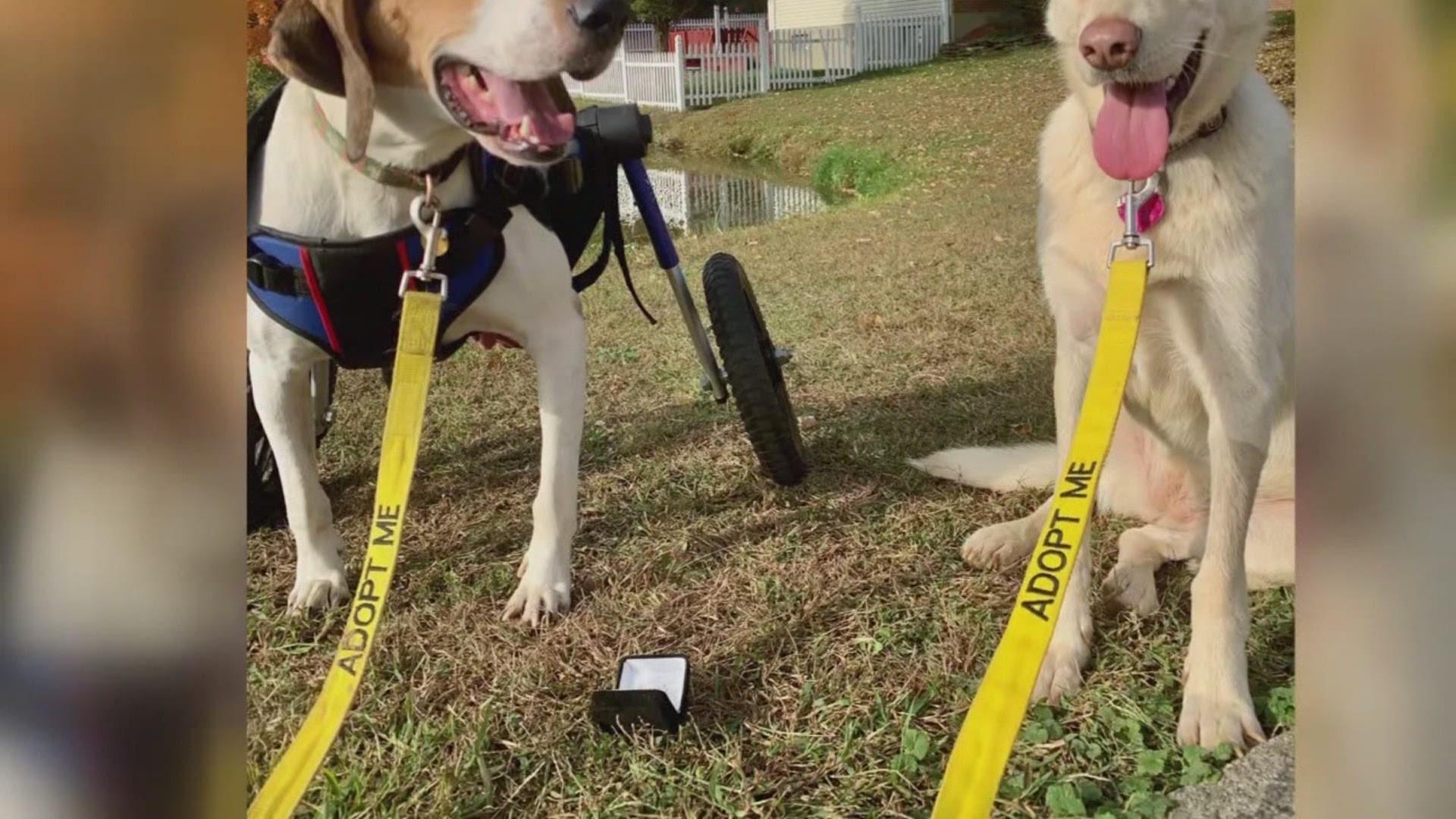 CINCINNATI — Fall wedding season may be winding down, but some animal lovers in northern Kentucky say they are saving the best for last.

A dog rescue is staging a wedding to create demand for adopting handi-cappable canines.

It's not clear which of the two "pupped" the question, but there's no doubt puppy love is in the air.

The doggie couple was so excited to get married, they couldn't get a hold of sporting their gown and tux before their big day.

"They are the best of buds," Stephanie Weddle said.

The groom, named Lucky, will wed bride, Hera, on Nov. 7 at the Centennial Barn in Cincinnati, Ohio — an actual wedding venue.

Ever since they met four months ago, they've been inseparable and love going on walks together.

Weddle with the Furgotten Dog Rescue said they instantly bonded because they knew they were both special.

"Lucky is our 5-year-old, two-legged coonhound," Weddle said. "So he was, we guessed, hit by a car and left for dead on the side of the road. She's our year-old German Shepherd mix who is blind due to a deadly fungal infection called blastomycosis."

"All of the proceeds from the wedding will actually go toward her bill, which cost $15,000 to save her life, and she's still fighting blastomycosis," Weddle said.

But this isn't the only reason they're putting on a wedding for the future mister and misses.

"It's kind of just the way to put a spotlight on a couple of special needs dogs who don't usually get much of a chance to get adopted as some other dogs," Weddle said.

To make their big day one to remember, the furry couple would like the community to see them walk down the aisle.