IndyHumane wants to find just the right home for some special animals. 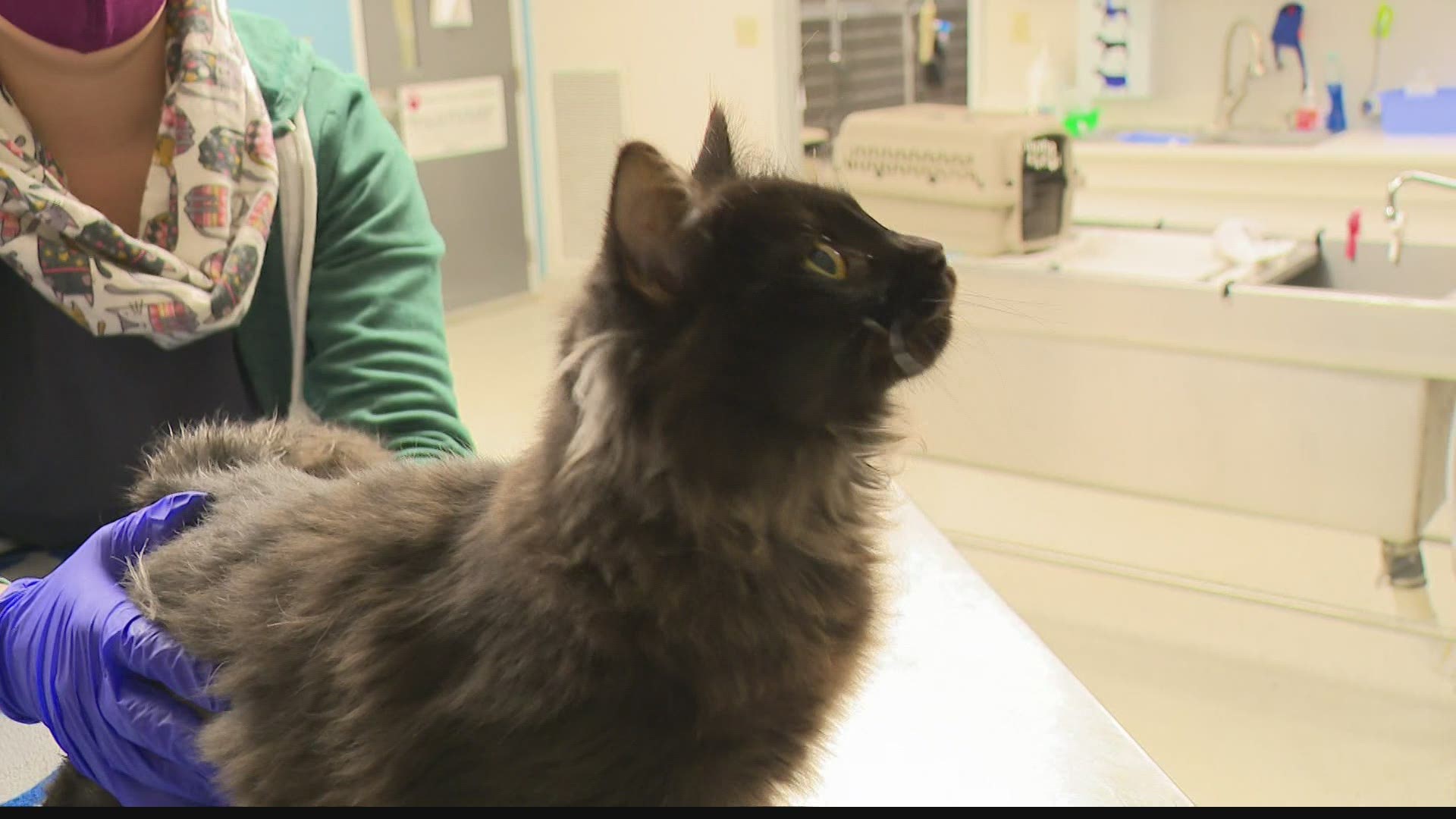 INDIANAPOLIS — IndyHumane is hoping to find the purrrfect family for a 5-month-old kitten named Lord Bones.

He was found as a stray and has had a tough first few months of life.

"He was hit by a car, we think, prior to coming to us," said Annabeth Young, an IndyHumane registered veterinary tech.

He's alive and sweet as can be, but he will continue to face challenges in life.

"When we took X-rays, we discovered that he had some broken hips and also some possible nerve damage," Young said. "We were able to get those hips up and running again but he may always be a little wobbly."

But the nerve damage is what's really keeping him from being adopted.

"That has caused him to be unable to control his bladder," she said.

They're hoping that the right home is out there for him.

"This is a sweet, affectionate boy who is able to make it to the litter box sometimes," Young says. "He's very affectionate and friendly."

It's the special cases — like Lord Bones or the senior pets — that seem to be the hardest to adopt out.

"Every animal deserves that second chance," said Hayley Wolf, marketing coordinator for IndyHumane. "Whether that's a medical challenge or just their age or some chronic issue that they'll never be cured of, we think that they all deserve a second chance."