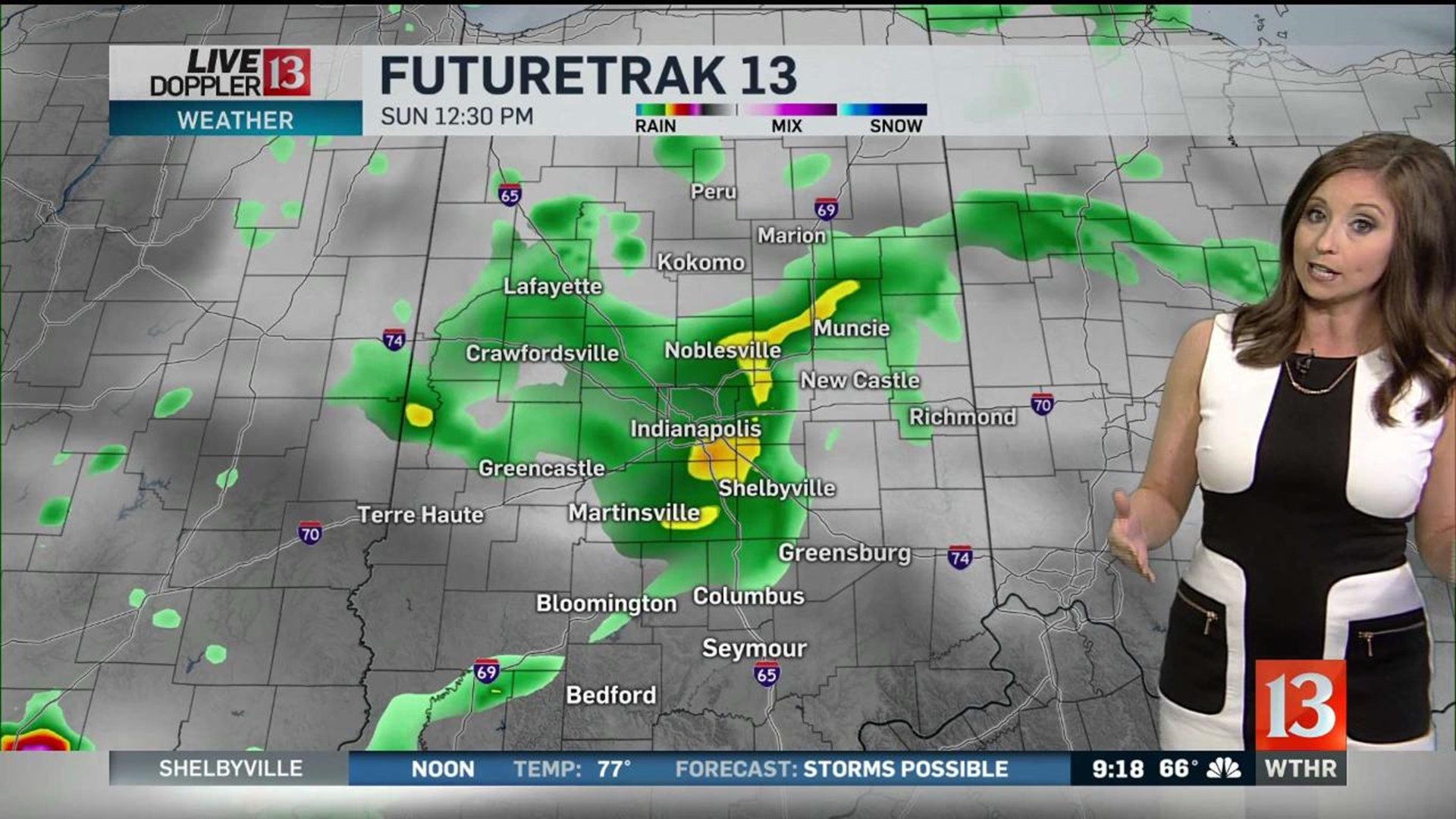 There's also a weak boundary in Central Indiana that we believe will be the focal point of any scattered showers or storms. There's also enough wind shear overlapping muggy air to keep the mention of funnels clouds or a quick landspout in play too. There's been one such landspout in southern Illinois earlier this afternoon.

Any rain quickly diminishes after sunset and we'll be quiet overnight with the exception of patchy, dense fog developing in the humid air.

Morning fog quickly gives way to a mainly sunny sky for Labor Day with highs climbing into the 80s. Should be a great day to get out and enjoy the holiday.

Tuesday looks to be our warmest day of the week as highs climb to near 90 with a gusty southwest wind up to 30 mph. Daylight hours should be dry on Tuesday, but we'll watching and waiting on a cold front triggering heavy storms to our north-northwest Tuesday evening.

It's unclear if there will be enough lift/instability to keep these storms going overnight... but it's a possibility. This front delivers a stronger push of autumn-ish air to Central Indiana that delivers multiple mornings in the 50s and mainly sunny afternoons in the 70s.

While our weather can't be any better... the weather in the Bahamas can't be any worse. Hurricane Dorian made a historic landfall Sunday with max sustained wind of 185 mph and gusts of over 220 mph. This is the highest wind of a landfalling in the Atlantic basin since the Labor Day Hurricane of 1935. In fact, Dorian is only the 5th hurricane in the Atlantic basin with a wind of 185 mph or greater... also joining Allen (record of 190 mph), Gilbert, and Wilma. Sadly it's only moving 7 mph over the Abacos Islands and causing catastrophic damage. Due to lack of upper level steering wind, this slow movement is expected over the next 48 hours.

The east coast of Florida and the coastlines of Georgia/Carolinas remain well inside of the National Hurricane Center's forecast cone. Though it's still uncertain if the any of those states get a catastrophic landfall or if the core of highest wind remains offshore. Both of this scenarios remain possible. Please follow the forecast closely if you plan to travel to the southeast in the coming days.