Diners at a Castleton-area restaurant came outside to find several cars with large dents and broken windshields. 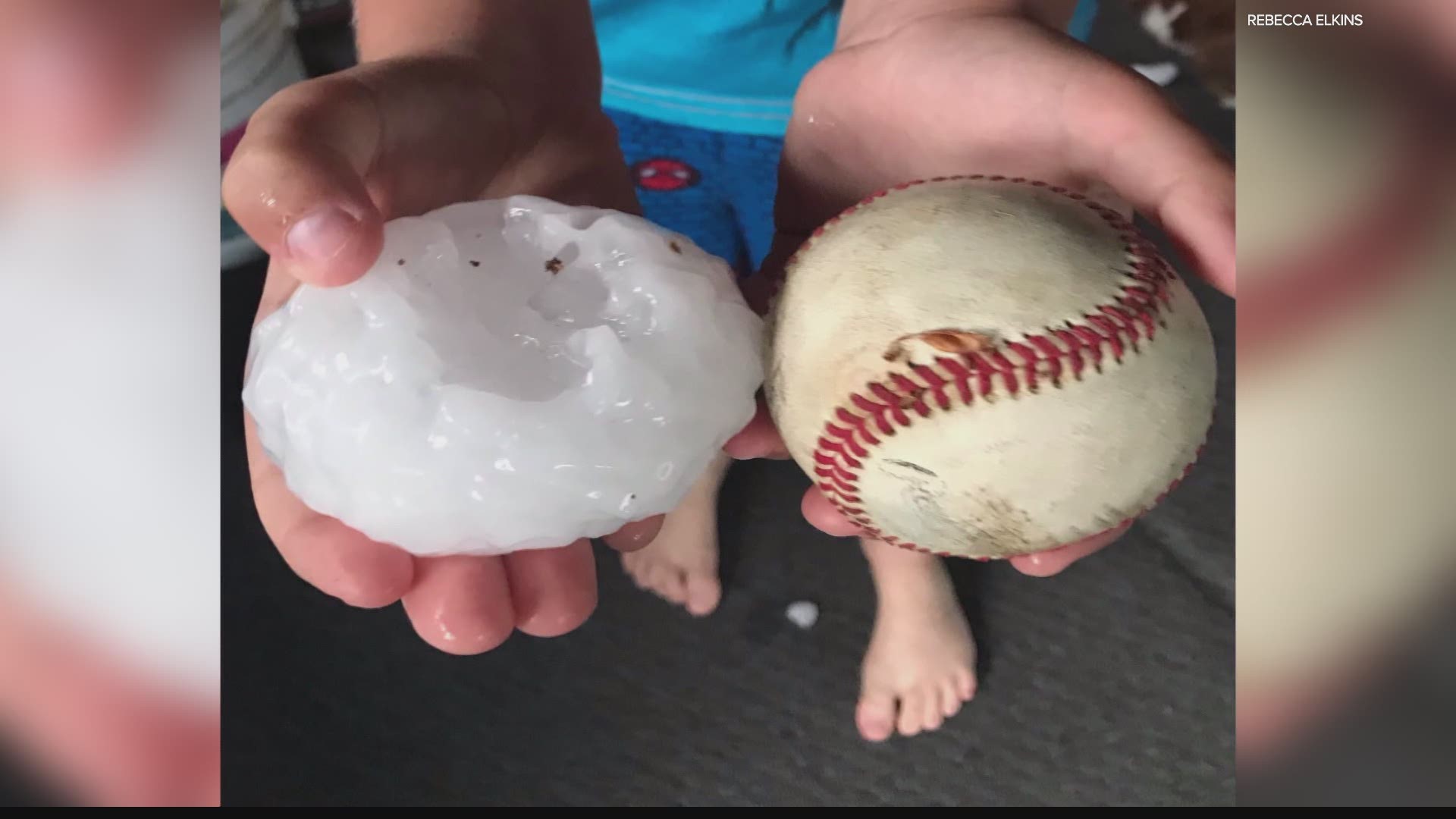 INDIANAPOLIS — Customers at Twin Peaks restaurant in Castleton were inside the restaurant Friday night when a hailstorm came through just before 7 o'clock. Many customers sat inside, watching golf ball-sized hail come down outside. When it was over, many came out to find vehicles damaged, some worse than others.

Kelly Miller took video from the passenger seat of a truck while her husband was driving, their daughter in the backseat.

The family was headed to Twin Peaks for dinner just as the hailstorm hit. Miller worried some of it would smash the windshield while they were travelling on the highway.

“I had the sun visor down, thinking at least that will protect my face a little bit. It kept getting bigger and bigger so you could hear it, but you couldn’t see the hail yet, but once you started seeing it, it would be like a small spot and then it just got bigger and bigger,” Miller described.

When they got into the restaurant parking lot, Miller saw vehicles damaged everywhere from the storm, everything from dents to cracked windshields.

Tony Warner didn’t lose his windshield, but it got damaged. His brand new SUV had dents all over it.

Across the highway, in Community North Hospital’s parking lot, windows got busted out by hail the size of golf balls, too.