After a fiery crash, new stories of heroism and information on a troublesome interstate exit 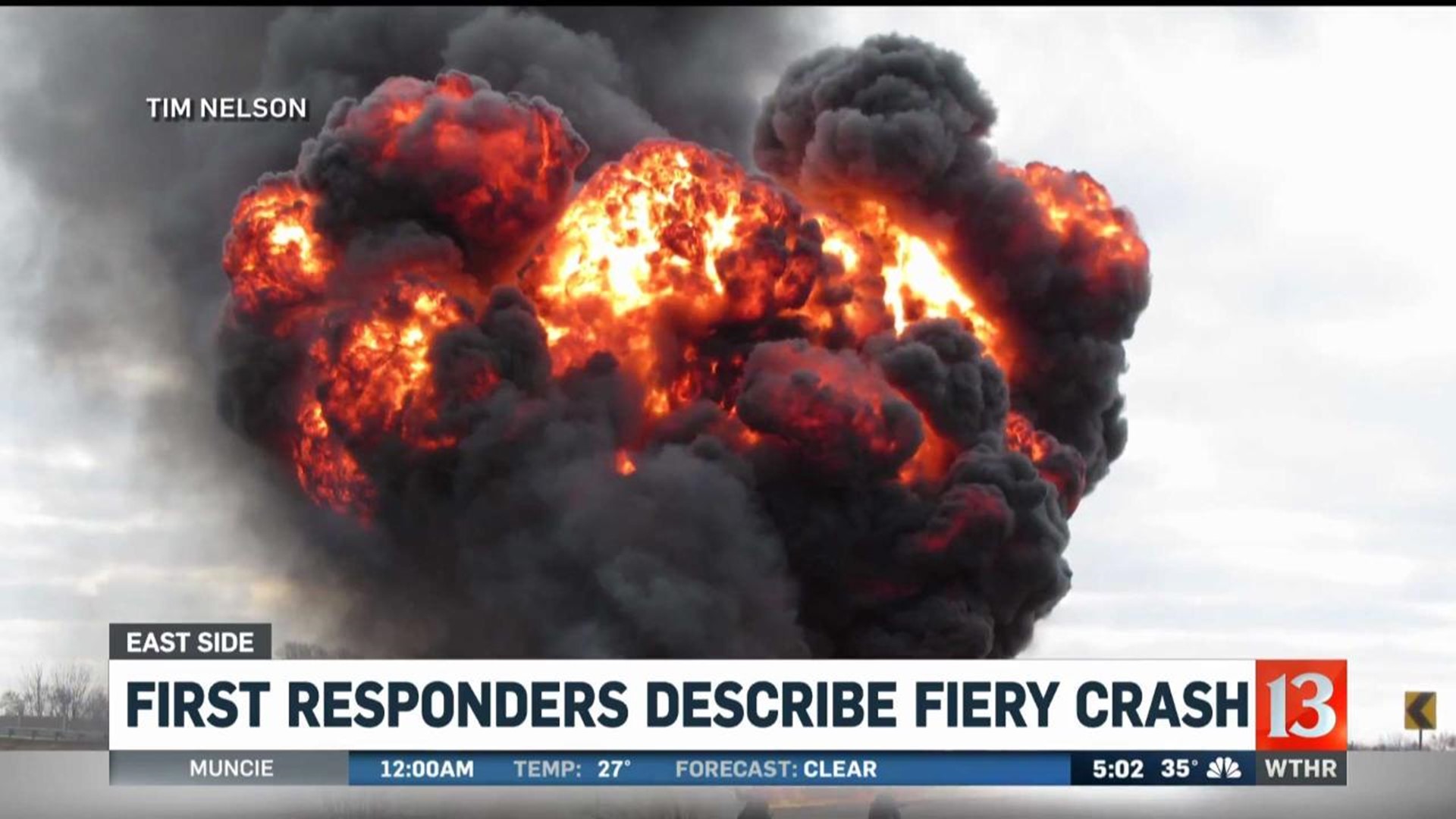 INDIANAPOLIS (WTHR) — A day after a fiery crash on an east side interstate exit overpass, there are new stories of heroism and the history of what is called a “high crash area.”

“I don’t know if I was afraid...my senses were heightened,” Hanson said.

His biggest concern was making sure everyone was safe. Through the flames he spotted the truck’s driver, 59-year-old Jeffery Denman.

“I still see fire coming off of him and these good Samaritans are putting it out,” Hanson explained. “They acted so fearlessly and put everything else beside to help this gentleman. They saved his life.”

Hanson helped the group walk away from the fire. Then as the trooper directed paramedics to their location, burning jet fuel came streaming towards them.

"This wall of fire is coming at you?" Rich Van Wyk asked.

“Yes,” Hanson replied. “I say it’s coming at my car, and everybody involved with it.”

Hanson put the driver in his car and escaped to a safer location. An ambulance rushed the badly burned truck driver to the hospital. On Friday he was still in critical condition.

Dozens of firefighters put out the flames.

What surprised Hanson most?

“That everybody acted so fearlessly and in just a split second these people did not hesitate one bit. It was incredible,” Hanson said.

According to a department spokesperson, the fire may have altered the concrete roadway, smoothing its surface. As the situation is evaluated, traffic will be temporarily restricted to one lane. That’s intended to keep drivers safe and driving more slowly.

Accident investigators believe excessive speed was a contributing cause of the crash.

“I have had people on that ramp doing 60 miles an hour plus.” Hanson explained “Yes it is a miracle they didn’t crash.”

The exit ramp’s speed of 35 mph is clearly posted with flashing lights. We drove the ramp several times.

At 40 mph it was a pretty tight turn.

Driving any slower might also be dangerous because other drivers are going much faster.

INDOT has put up signs reminding drivers to stay in their lanes.

Rumble strips warn drivers if they drift across lane lines.

The 35 mph speed limit is also painted on the pavement.

While highway engineers look for other ways to make the exit safer INDOT says it cannot control how fast drivers drive and ultimately it is up to them to take the exit ramp at a safe speed.