The greatest running back in Colts history is now a Hall of Famer. 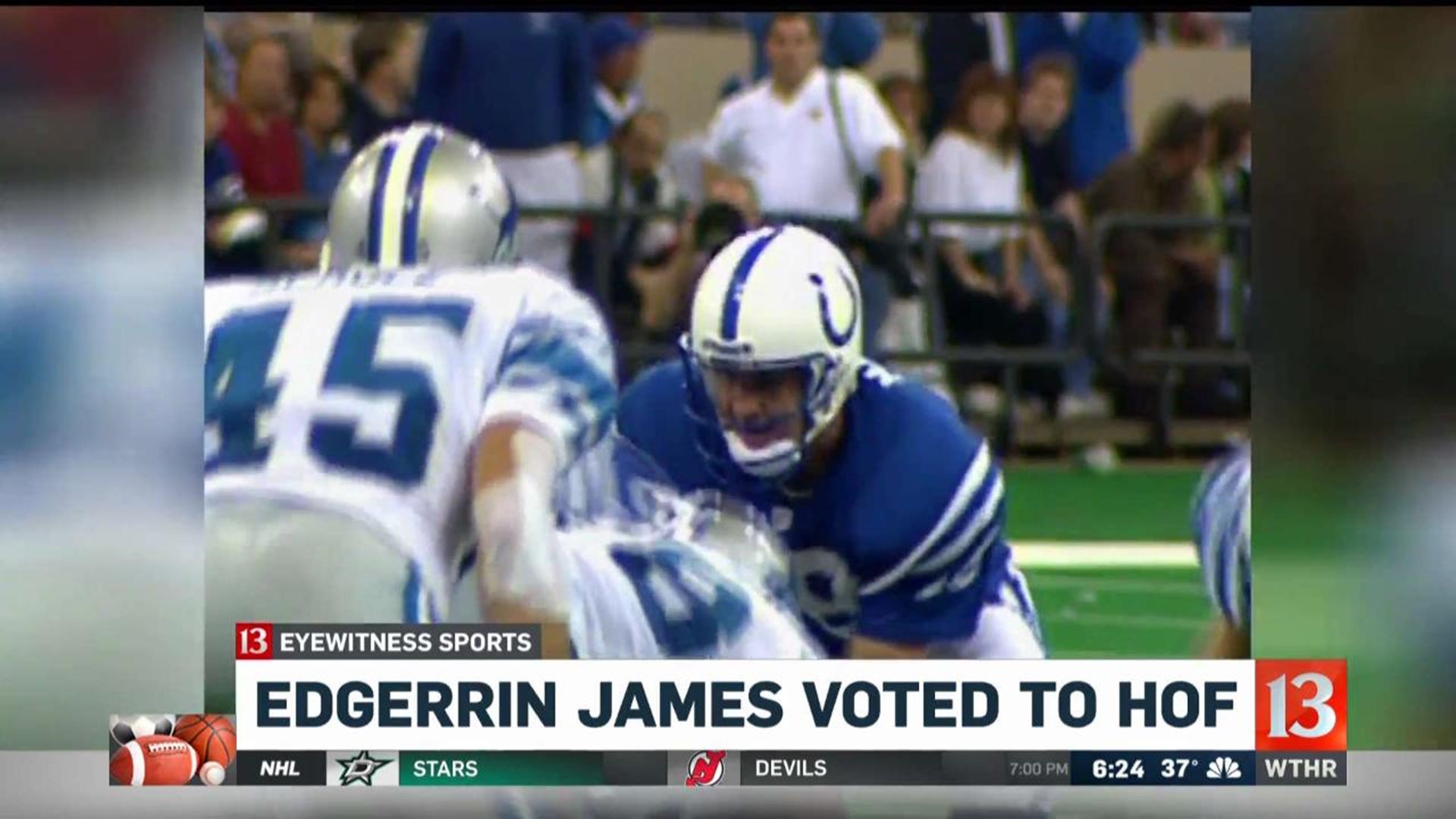 INDIANAPOLIS (WTHR) – The greatest running back in Colts history is now a Hall of Famer.

Saturday, Edgerrin James announced that he has been inducted into the Pro Football Hall of Fame.

The greatest running back in #Colts history is now a Hall of Famer. Edgerrin James is finally heading to Canton. Here’s his Instagram post announcement: pic.twitter.com/XED1A60Mdq

This was James' fourth time in five years that he was named a finalist for the Pro Football Hall of Fame.

On the Edge no longer.

He played seven seasons in Indy, and ended his career with four more seasons with the Arizona Cardinals (2006-08) and the Seattle Seahawks (2009).

Peyton showing some love for his running back. #PFHOF20 pic.twitter.com/mjxGWxm8F3

Edge is the #Colts best RB ever & one of the most interesting athletes I have covered. Didn’t say much, but completely authentic when he spoke to media. I’ll never forget visiting his hometown of Immokalee, Florida. Humble beginnings to @ProFootballHOF. Congratulations https://t.co/BS7SeZASYf