Carson Wentz was back on the practice field Wednesday after playing last week with two sprained ankles. 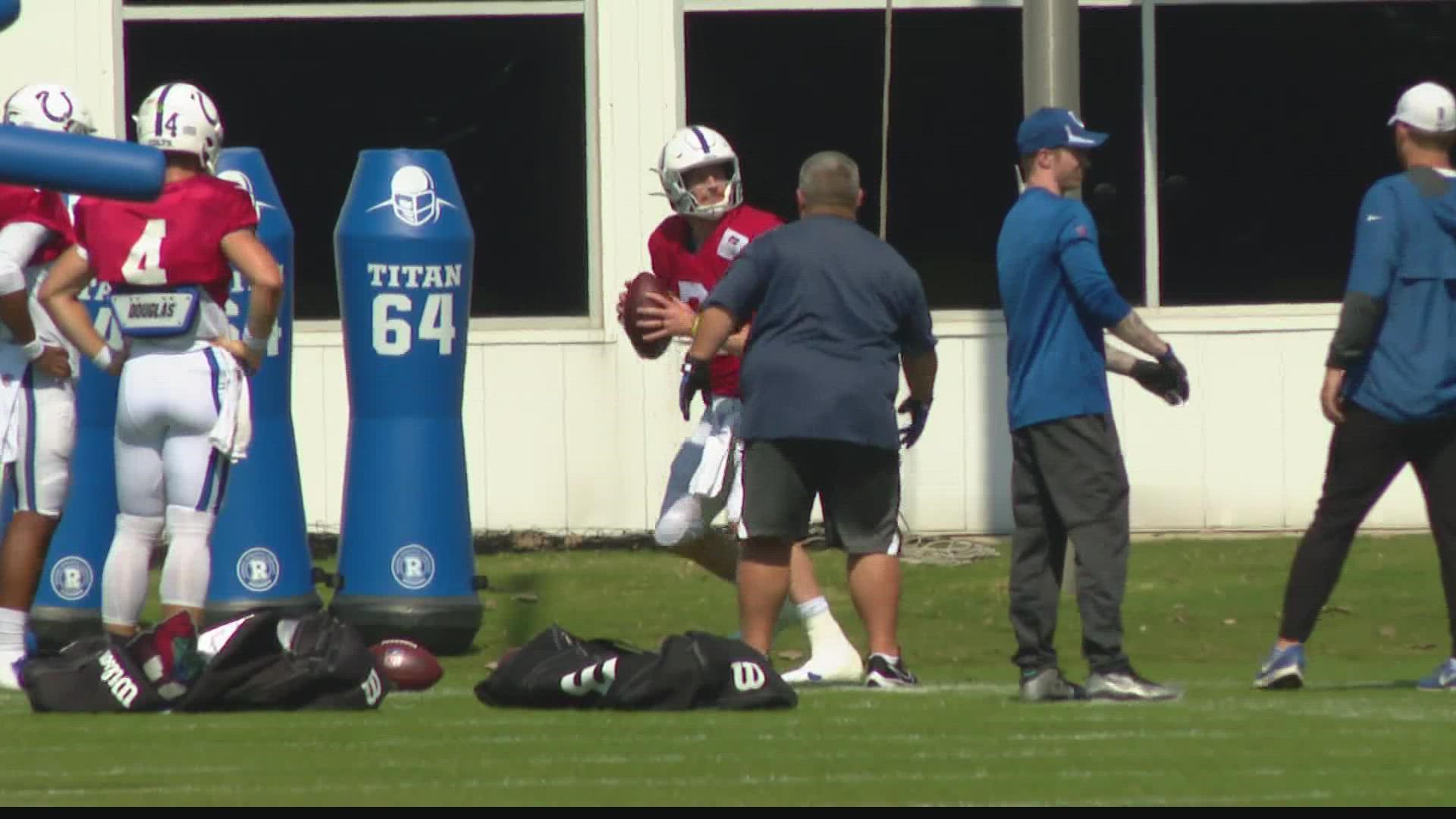 INDIANAPOLIS — It was a typical Wednesday workday at the Indianapolis Colts Complex with the team back out on the practice field as they get ready for a trip down to Miami where they will face former Colts quarterback Jacoby Brissett.

The Indianapolis Colts have a long list of injuries as they look ahead to Sunday's game against the Miami Dolphins.

2020 All-Pro left guard Quenton Nelson's streak of 51 consecutive starts is in jeopardy because of a sprained ankle. He was watching from the sidelines of the practice field Wednesday, but head coach Frank Reich said he's not optimistic Nelson will play this weekend.

But, there is some good news on the injury front — quarterback Carson Wentz was back out on the practice field after playing last week with two sprained ankles. He was limited but still moving around on his two sprained ankles, which are still healing.

"Way better... I don't think I'll be full practicing but just the fact that I'll be able to go out there and do some limited work. I mean, I was not in that place by any means last week, so [I] came out of the game relatively unscathed," Wentz said. "So, it's continuing to heal and being in a better place every day."

Reich said Brett Hundley will once again be Wentz's backup over Jacob Eason this weekend.

Plus, rookie quarterback Sam Ellinger is also now off the injured reserve list. He was at practice Wednesday and back in the mix as well.