Donations turned from pennies into thousands of dollars into the NBA star's Venmo account. 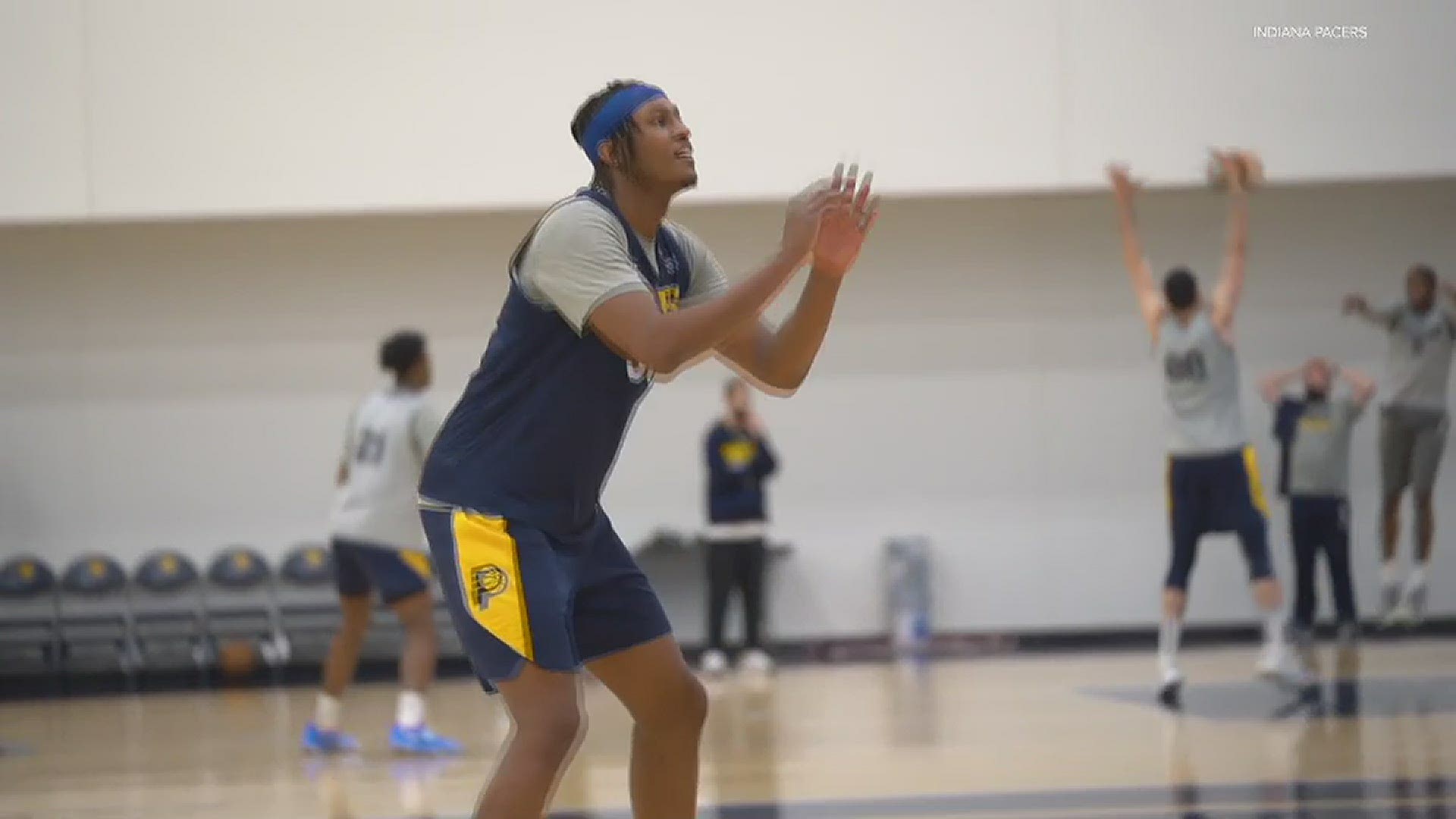 INDIANAPOLIS — You can lead the league in blocked shots and be a front runner for Defensive Player of the Year, but Myles Turner knows sometimes even that isn't enough to silence the critics in the league.

Last Monday night, after the Pacers lost to the Bulls, one fan wasn't particularly pleased with Turner's play, so he turned to Venmo to let the big man know.

"So, yeah, he requested $100 for my 'overtime' performance against the Bulls and I left it alone, then he requested it again, then he sent a third request," Turner recalled. "(I was), like, alright, you know, I'm gonna play along a little bit, so I sent him a penny, said, 'Here's a penny for your thoughts.'"

Turner normally has a slick and sly way of trolling back at negative commenters, but in an intelligent way. So why did he pick the Venmo troll to respond to?

"It was just kind of on a whim, you know? I was having all this extra time here at the house, you know, I was on my mentions and I just kept seeing this dude, and I was like, 'You know what man? Today's the day. You messed with the wrong one today.'"

The fan didn't like Turner's penny payment, so he took to Twitter to air his grievances, posting the exchange in public. Turner responded again, tweeting, "Don't dish it out if you can't take it."

"So then that exploded. People started sending me pennies, like, 'Here's a penny for my thoughts,' 'Here's my two cents,' and in a matter of like four or five hours, I had accumulated like $230 in my account," Turner said, "and that's just from people sending pennies. Nobody sent dollars, nothing."

Turner's supporters showed up and that's when he decided to turn the fan frenzy into a fundraiser, with all the proceeds going to his home state of Texas and those affected by the winter storms.

The donations came in from all over, including several people from Turner's past.

"I have people who I hadn't talked to in years. Like someone hit me up, saying, "I remember playing against you at the rec at (the University of Texas) when you used to come after games, or like, 'I had seventh grade history with you.' It was just a whole bunch of random people I've never...I haven't talked to in a long time. So that was pretty cool."

"I think I forget sometimes that...how much influence I really have, you know, especially here in Indiana and, you know, back in Texas," he said. "I feel like I'm just continuing to use my power for good, continuing to influence people in the right direction and hopefully, you know, be someone that people look up to."

Last Monday may not have been Turner's best performance, but it certainly paid off - and, like he said on Twitter, "To think this all just started with a penny."