Takuma Sato is the longtime houseguest of Steve and Sue Fusek at their Carmel home. 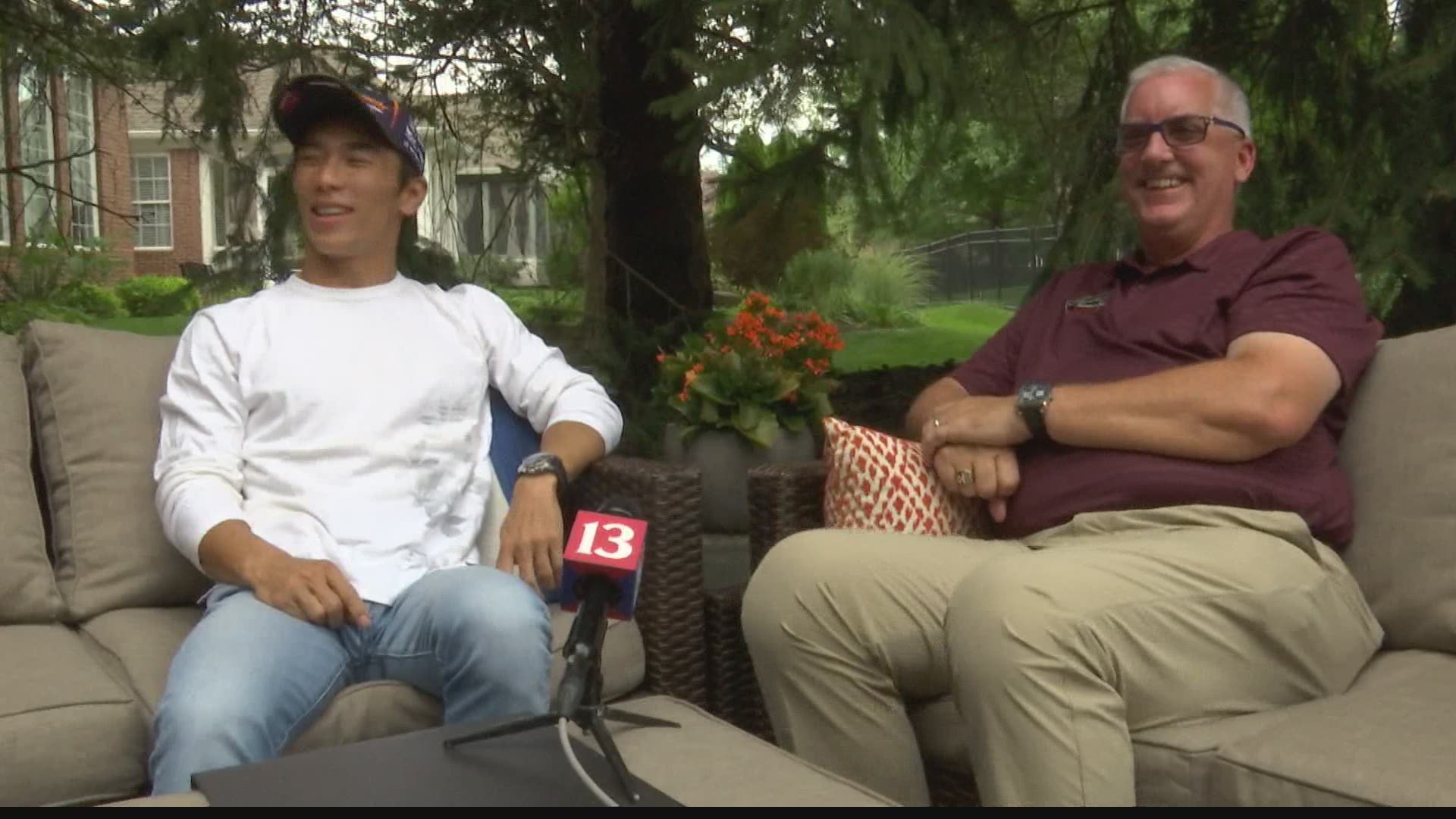 CARMEL, Ind. — There were no fans in the stands to celebrate with Takuma Sato for his second Indy 500 win. But he was quite popular with his neighbors in Carmel when he returned home the Monday after the race.

"Some young couple were jogging here,” Sato said. “They just turned back and said, 'Oh Takuma, well done!' The lady (next door) was saying out of the window, 'Takuma welcome back.'"

Sato is the longtime houseguest of Steve and Sue Fusek at their Carmel home. Steve has a long history in racing and opened his home to Sato in 2009 when the former Formula 1 driver first came to Indianapolis to explore INDYCAR racing. Sato eventually asked Steve to become his business manager. For the past eight years, Sato has enjoyed his own upstairs bedroom and a place to call home in Indianapolis.

Steve has celebrated with Sato on the Indy 500 victory podium twice now.

"I never allowed myself to dream that big,” Steve said. “I was fortunate enough to be part of one. To do it twice…for me it's not 'Oh, the guy I work for won the race.' It's like a family member won the race."

The Fusek basement is filled with photographs, souvenirs and other mementos that celebrate the racing achievements of the Japanese INDYCAR driver that lives upstairs.

"The one thing for sure is U.S. houses are too big for Japanese,” Sato said with a chuckle. “Thank you for the one bedroom."

That one bedroom became a more permanent home this year when Sato could not travel to see his immediate family because of the coronavirus.

"Nothing you can do anymore, but I’m grateful to having the house in Indianapolis and Sue and Steve basically looking after us really well,” Sato said.

"Everyone knows him, and he's a part of our events,” Steve said. “He's part of our birthdays. Everything that happens, Sato is a part of it and so it's pretty cool."

"For while, I'm competing in INDYCAR, for sure this is my base,” Sato said. “In the future, we never know. But I'm sure years to come, since Steve and his family are here, obviously I never forget, and I'm sure we will have a close relationship forever."

Steve also owns the downtown True Value Hardware store. He left the racing business in 2003 to open the store. But working for Sato put him back in INDYCAR and took him to victory lane in the Indy 500 in 2017 and 2020.