Sam Schmidt has been paralyzed since a crash during testing in 2000, but he returns to the track Saturday, racing against legend Mario Andretti 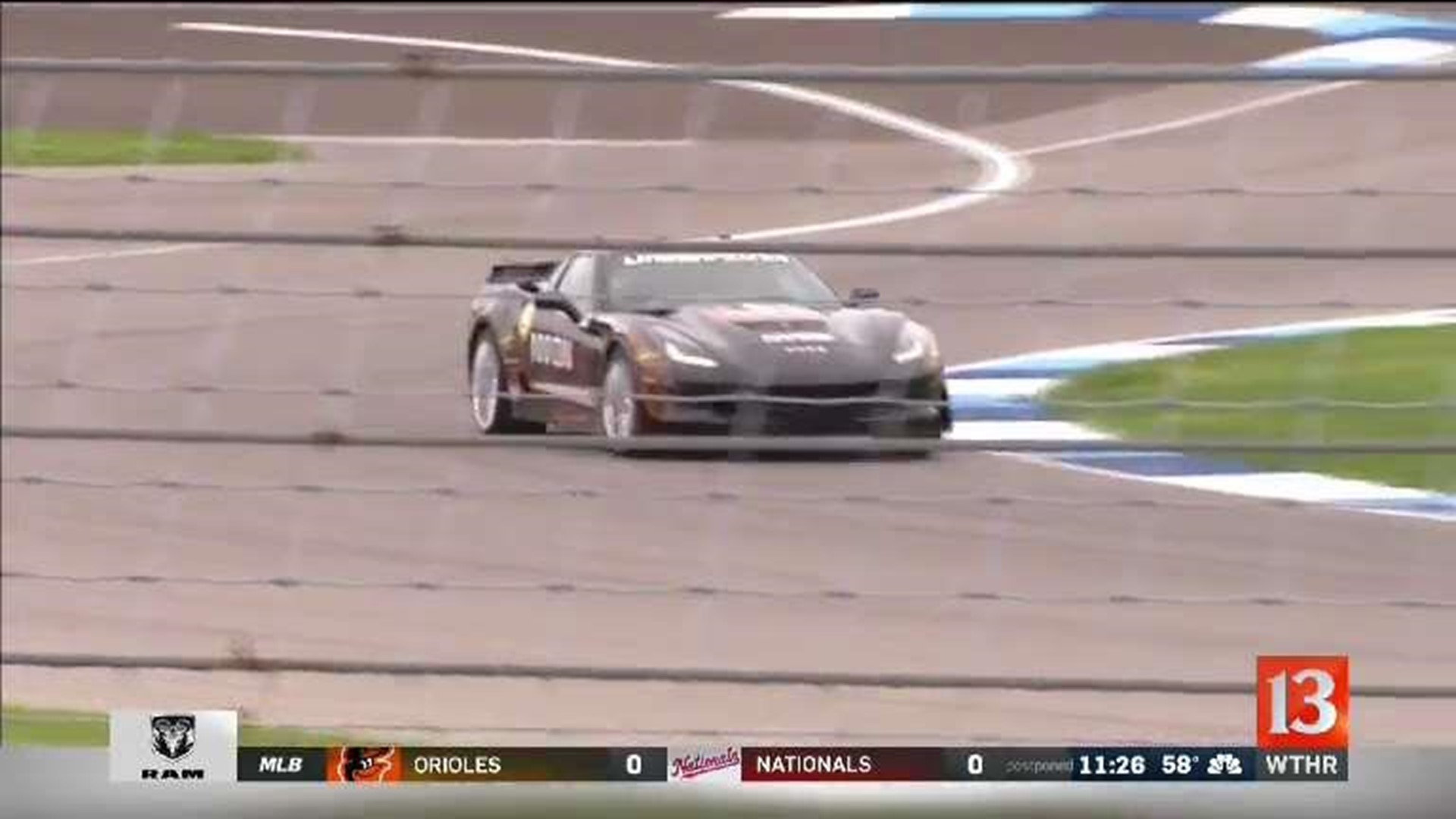 SPEEDWAY, Ind. (WTHR) – INDYCAR team owner Sam Schmidt sits behind the wheel of a Corvette in a garage at the Indianapolis Motor Speedway, unable to turn the wheel with his hands or push the accelerator with his foot. Sam Schmidt is paralyzed from the chest down after an accident at Walt Disney World Speedway in January 2000. But Schmidt is ready to race again, thanks to some incredible technology developed by his team sponsor, Arrow Electronics.

Schmidt drives the specially modified SAM (Semi-Autonomous Motorcar) Corvette out of the garage and onto the road course using his head and mouth. Four infrared cameras respond to sensors in the helmet as Schmidt swivels his head. A sip and puff tube controls braking and accelerating.

"It’s like a balloon," said Robby Unser, who has served as Sam’s co-driver for the past year. "So he blows into it and he can put his tongue on the end to hold it and get a breath and stuff. But he pretty much uses his mouth and then breathes through his nose. It takes a lot of concentration, a lot of focus. He does an amazing job at it."

Schmidt took laps on the Indianapolis oval last year, but Thursday he took his first laps on the road course with lots of right and left turns, braking and accelerating - a much bigger challenge. On Saturday, racing legend Mario Andretti drives an identical modified car in a race against Schmidt. The 77-year-old Andretti took his first test laps Wednesday, driving for the first time with his in his head and mouth.

"It's a whole new dimension," said Andretti. "Believe me. I was curious, though, still am. I marvel at the technology and the response of the systems."

Schmidt and Andretti will race for a few laps on Saturday before the INDYCAR Grand Prix.

"A lifelong dream, I never had that opportunity when I was racing cars, just watched him when I was growing up," said Schmidt. "He's one of the reasons I made the decision at five years old that I wanted to come to Indy and race in the Indy 500."

Schmidt raced to the top of Pike’s Peak last summer in his SAM Corvette. Andretti might be considered the handicapped driver Saturday.

"I'll probably have a couple sleepless nights before we have this grudge race here with Sam," said Andretti. "I'm going to beg him to slow down and not to lap me more than anything."

Sam is thrilled to race again for a bigger goal than the checkered flag.

"It's using technology not only to improve people's lives, but save people's lives," said Schmidt. "There are so many veterans and so many disabled people out there who want to get back in the workforce and want to contribute, want to pay their mortgage, want to put food on the table. This technology absolutely allows them to do that."

Fans can donate $10 by texting "Sam" or "Mario" to 50555 before or during the race to vote for their favorite driver. Proceeds benefit Conquer Paralysis Now, an organization started by Schmidt. 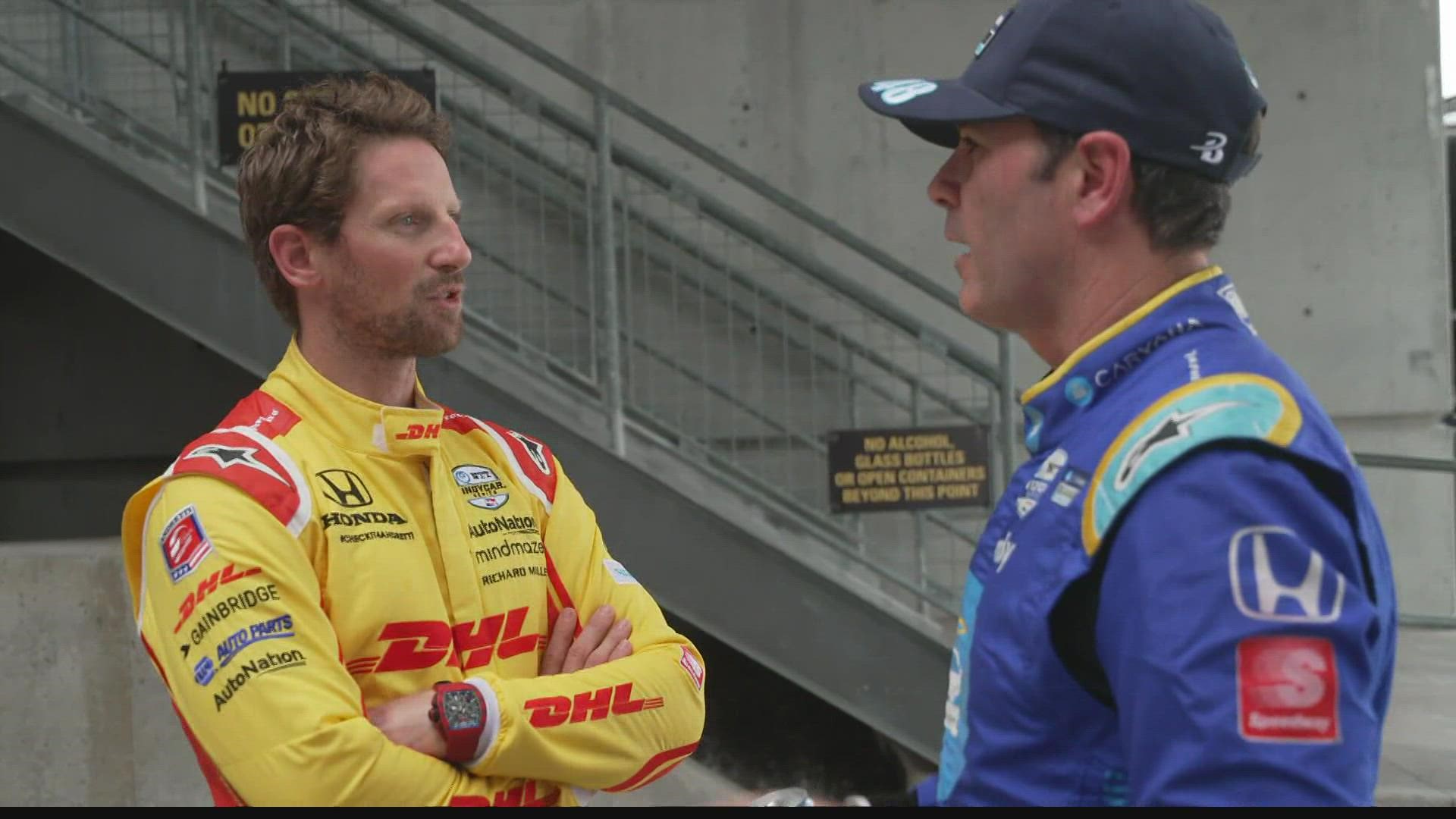