Indianapolis 500 to run without fans

The 104th running of “The Greatest Spectacle in Racing” will be the first without spectators. 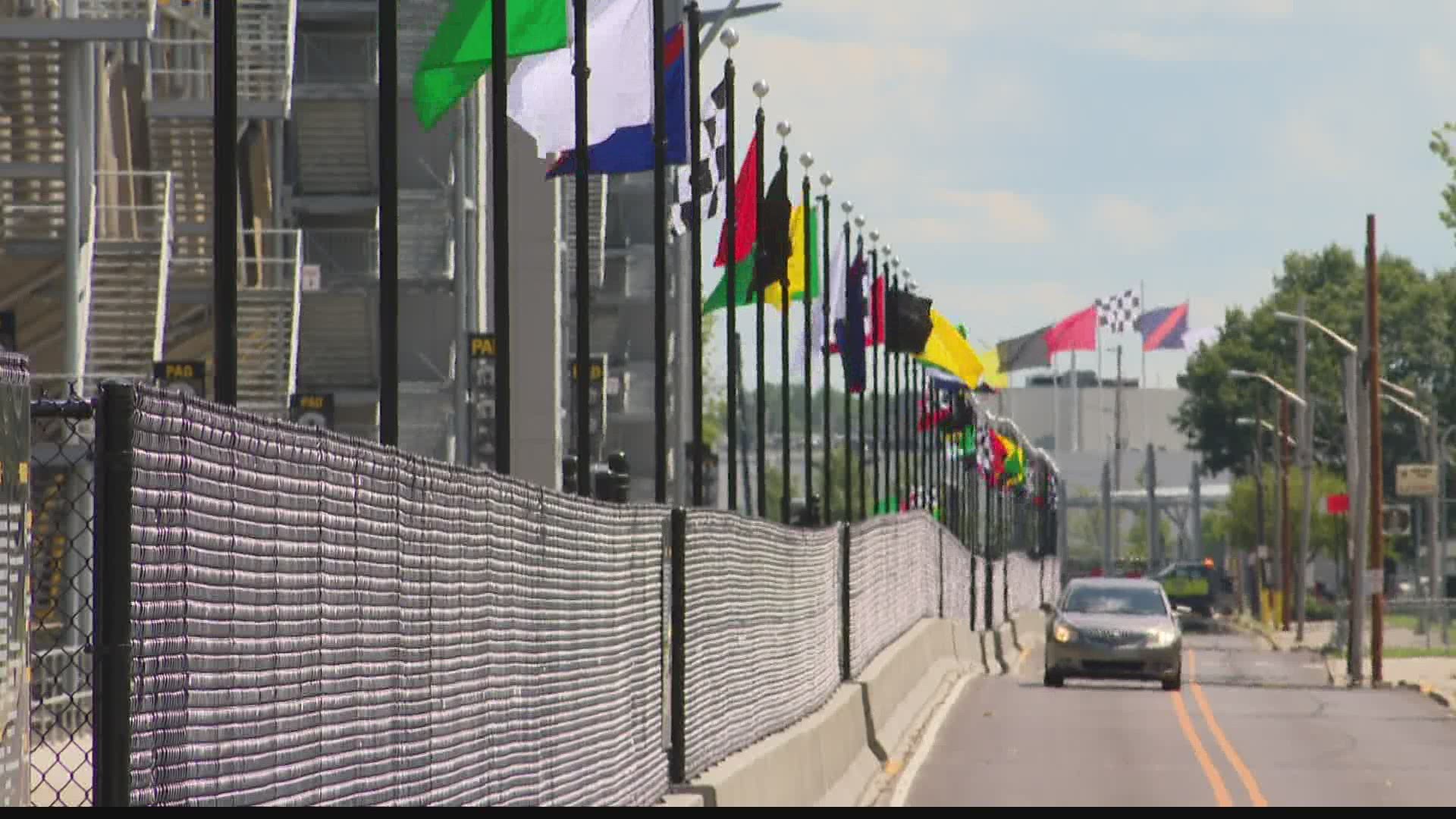 INDIANAPOLIS — Roger Penske has reversed course and decided not to allow fans at the Indianapolis 500 later this month.

The 104th running of “The Greatest Spectacle in Racing” will be the first without spectators, who showed up at Indianapolis Motor Speedway every year - even during the Great Depression.

It was a flip for Penske, who initially said he wouldn’t run the 500 without fans.

But as the pandemic continued to spread through the nation, the decision was made to limit capacity to 50 percent. The speedway then lowered that number to 25 percent and now has decided to have no fans at all.

The statement from IMS reads in part:

“As dedicated as we were to running the race this year with 25 percent attendance at our large outdoor facility, even with meaningful and careful precautions implemented by the city and state, the COVID-19 trends in Marion County and Indiana have worsened. Since our June 26 announcement, the number of cases in Marion County has tripled while the positivity rate has doubled. We said from the beginning of the pandemic we would put the health and safety of our community first, and while hosting spectators at a limited capacity with our robust plan in place was appropriate in late June, it is not the right path forward based on the current environment."

Here's a list of the other changes as a result of the decision to not allow fans:

RELATED: Fans disappointed, but not surprised, by decision to run Indy 500 without fans

Governor Eric Holcomb released a statement on the decision to not allow fans:

“Throughout this unprecedented process, the Indianapolis Motor Speedway has always prioritized the safety of the fans. I am grateful for Roger Penske’s leadership and his entire team for thoughtfully approaching this decision with transparency and collaboration. I want to encourage Hoosiers to continue to social distance, wear masks and take precautions so we can continue to slow the spread of COVID-19 and hear the roar of the engines at the track next May.”

“Roger Penske and the entire leadership team at the Indianapolis Motor Speedway have consistently made clear that their highest priority is the safety of Indy 500 fans. That has been evident throughout the last several months, as they have consistently lived up to their commitment to collaborative planning and careful consideration of the data."

Hall was more than a little emotional after learning he won’t be at the race this year.

That’s because this husband, father and grandfather has been going to The Great American Race every year since he was just 5 years old.

“I went with my mom and dad and seen Rodger Ward and Jim Rathmann duel and been hooked ever since,” Hall said.

This year's race would have been Hall’s 61st. For Hall, it’s more than just a race. It’s a family tradition, a way of life in Indiana.

“Even though we’re big fans, we think probably no fans in the stands is best, right?” Andy Schroeder asked his 14-year-son Jackson.

For this father and son, the race is a family tradition too. They’ve been going every year since Jackson was 6, saving mementos and savoring the father-son memories.

“Some people find it annoying, tires, gas and beer, but when it all mixes together, it smells pretty good,” Jackson said of his favorite parts of the race’s sights, sounds and smells.

This year, the Schroeders we’ll be watching from their living room.

“We’ll hang the checkered flag out in front of the house like we always do in May, and we’ll settle in,” said Andy.

What else can fans like Hall and the Schroeders do but cheer from their living rooms this year and hope for a better scenario next year?

“We’ll survive it and come back and be stronger than ever come 2021,” said Hall.

Reaction to the decision:

Will be weird without you guys there, but we also want you healthy and safe. For sure we’ll hear you yelling through your TV screens on Aug 23 🙏 #indy500 pic.twitter.com/v4TVquRZBP

I’ll miss each and every one of the fans on race day, but there is NO excuse not to watch the race this year. Spread the word. Be a friend and tell a friend. August 23 @ 1pm on @nbc!#Indy500 // #INDYCAR // @Genesys // @FollowAndretti // @hondaracing_hpd

Can’t imagine how tough this decision must have been. It won’t be the same without everyone at @IMS , but it’s still the Greatest Spectacle In Racing. Tell your friends to tune in, post on social & tell the world to tune in. Let’s make this the most watched race ever. #Indy500 pic.twitter.com/a0ZadLYyuP

Facebook
This year has brought on many disappointments in the Town of Speedway, none more historical than the postponement of the Indianapolis 500 in May. "Our town thrives year around, but truly comes to life in the month of May," stated David Lindsey, President of Speedway Town Council.

news—- No Fans at the @ims this year. Announcement coming. @WTHRcom

It is with great regret that we announce the Indianapolis 500 will take place on August 23 without fans. This tough decision was made following careful consideration and extensive consultation with state and city leadership.