Cade was diagnosed with high-grade osteoscaroma, an aggressive bone tumor. 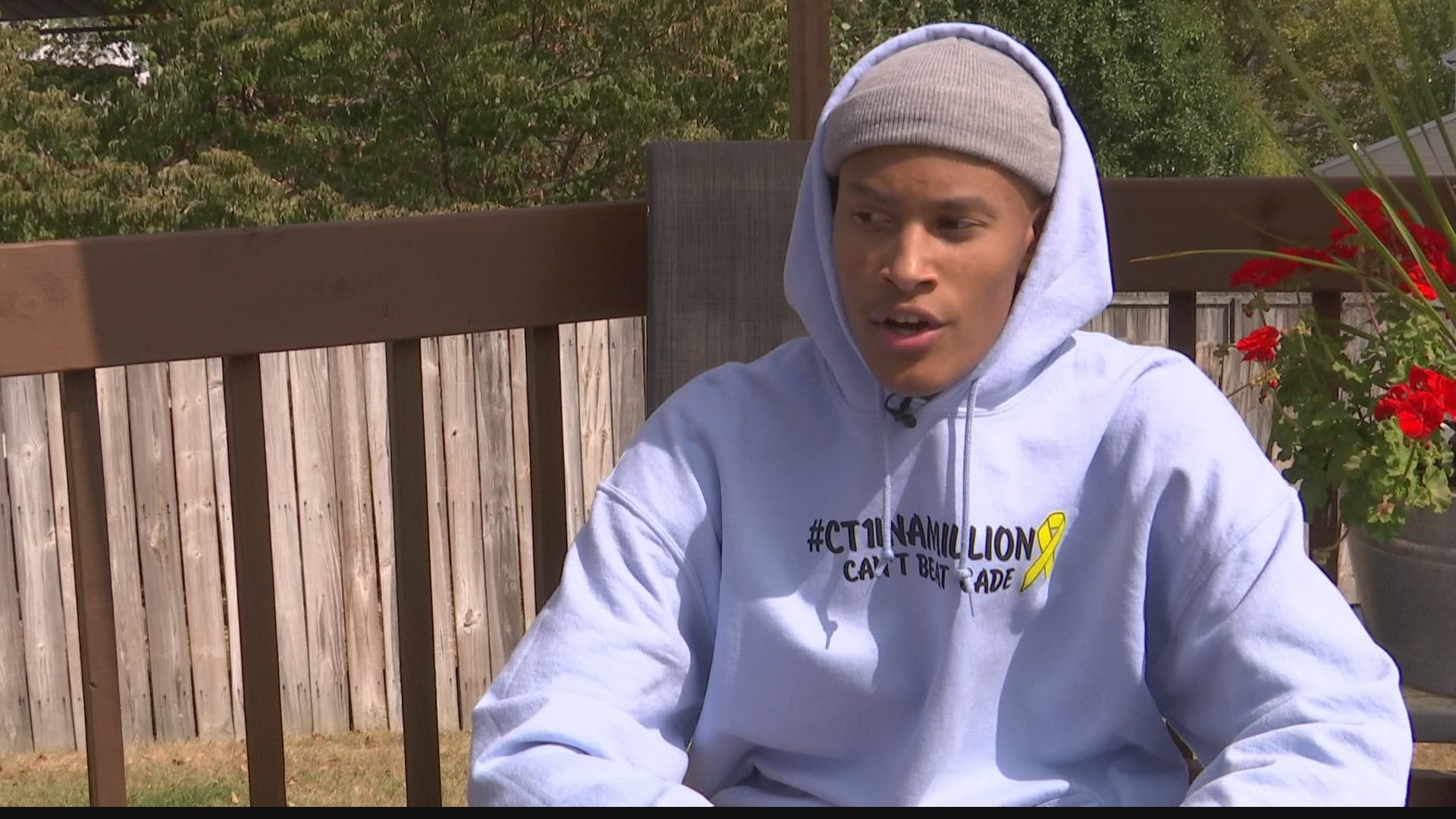 INDIANAPOLIS — If there's a challenge presented, 15-year-old Cade Thompson is going face it head on, whether it's joining the middle school swim team with no experience or learning the guitar or even receiving an unexpected cancer diagnosis.

This summer, the Ben Davis wide receiver went to the doctor after dealing with pain in his left knee for months.

"I would have times where my knee would hurt really, really bad, and it would stop, so I would be like 'OK, it stopped,'" Cade recalled. "Then, it would hurt again and then stop."

Cade was diagnosed with high-grade osteosarcoma, an aggressive bone tumor.

"Luckily, it was only in the area of his leg. When we did staging scans, we didn't find it anywhere else, which is to his benefit," said Michael J. Ferguson, MD, MS, the medical director of the solid tumor team at Riley Hospital for Children and the medical director of the pediatric cancer precision genomics program. "We are relieved, but we knew we had a journey ahead."

Cade admits at first, he was upset.

"That old saying that cancer sucks is true," Simmons said. "If there's anybody that's just going to dig in and fight, it's him. He's got that spirit about him. He's going to be a great example for our team of what perseverance is and what valuing every opportunity that you get in life is all about."

Cade started chemotherapy in August and has 29 rounds.

The community has come together to support Cade and even started a campaign using the slogans "Can't Beat Cade" and #CT1inaMillion.

He's even had some big name athletes reach out in support. He received a text from NBA champion Shaquille O'Neal and also talked to Pittsburgh Steelers running back James Conner. Conner beat Hodgkin's lymphoma a few years ago and has since returned to the field.

"He told me everything is temporary. He was like 'you're going to beat this.' He told me after he beat his cancer, because no one thought he was going to beat it, he came back and he got bigger, stronger and faster."

Cade said getting back on the field is his driving force and believes once he beats cancer, there's nothing else that can stop him on his journey to the NFL.