VERIFY: Were there more votes cast in the 2020 election than registered voters?

The Verify Team looked at the numbers and the issue is with the claim there are only 133 million registered voters. 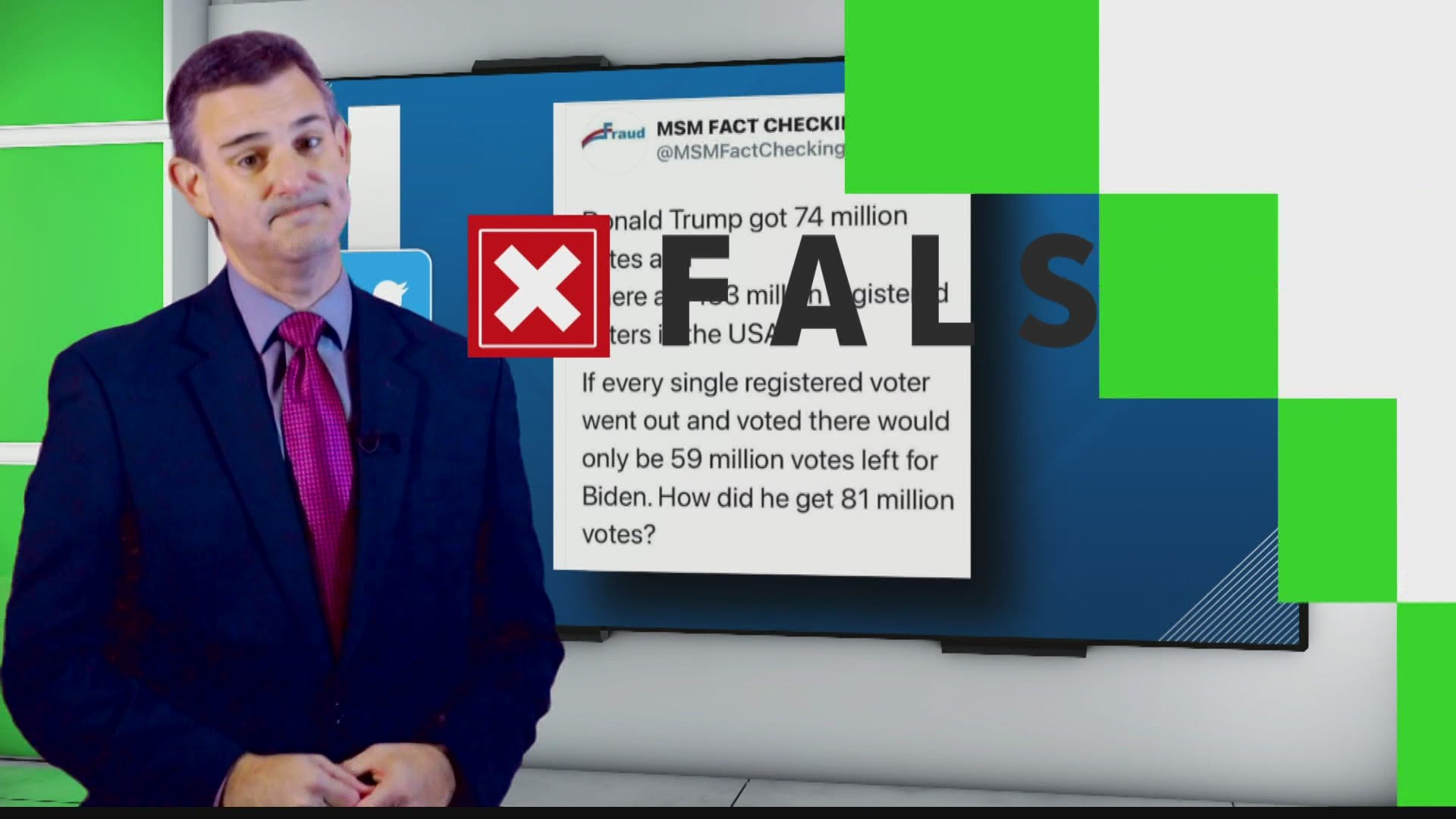 INDIANAPOLIS — The New Year brings with it an old story: more people posting stories on social media questioning the outcome and legitimacy of the 2020 presidential election.

It’s true those numbers don’t add up: 74 million plus 81 million equals 155 million, which is far more than 133 number cited in the post. But it’s also true that one key number in that math problem is wrong.

VERIFY research shows there are a lot more than 133 million registered voters in the United States. World Population Review, a non-partisan organization that compiles population and voting data, collected the registered voter numbers for the 2020 primary election directly from each state. (13News doubled checked to make sure those numbers are accurate, and they all do accurately reflect the number of registered voters as tracked by Secretary of State offices and other official state government agencies.)

The social media post wondering how the collective vote total for Trump and Biden exceeded the number of registered voters in the U.S. is using an incorrect statistic to draw false conclusions about the election. 13News can verify it is false.

See something on social media that you want 13News to verify? Send your question and a link or screen shot of the social media post to VERIFY@wthr.com.