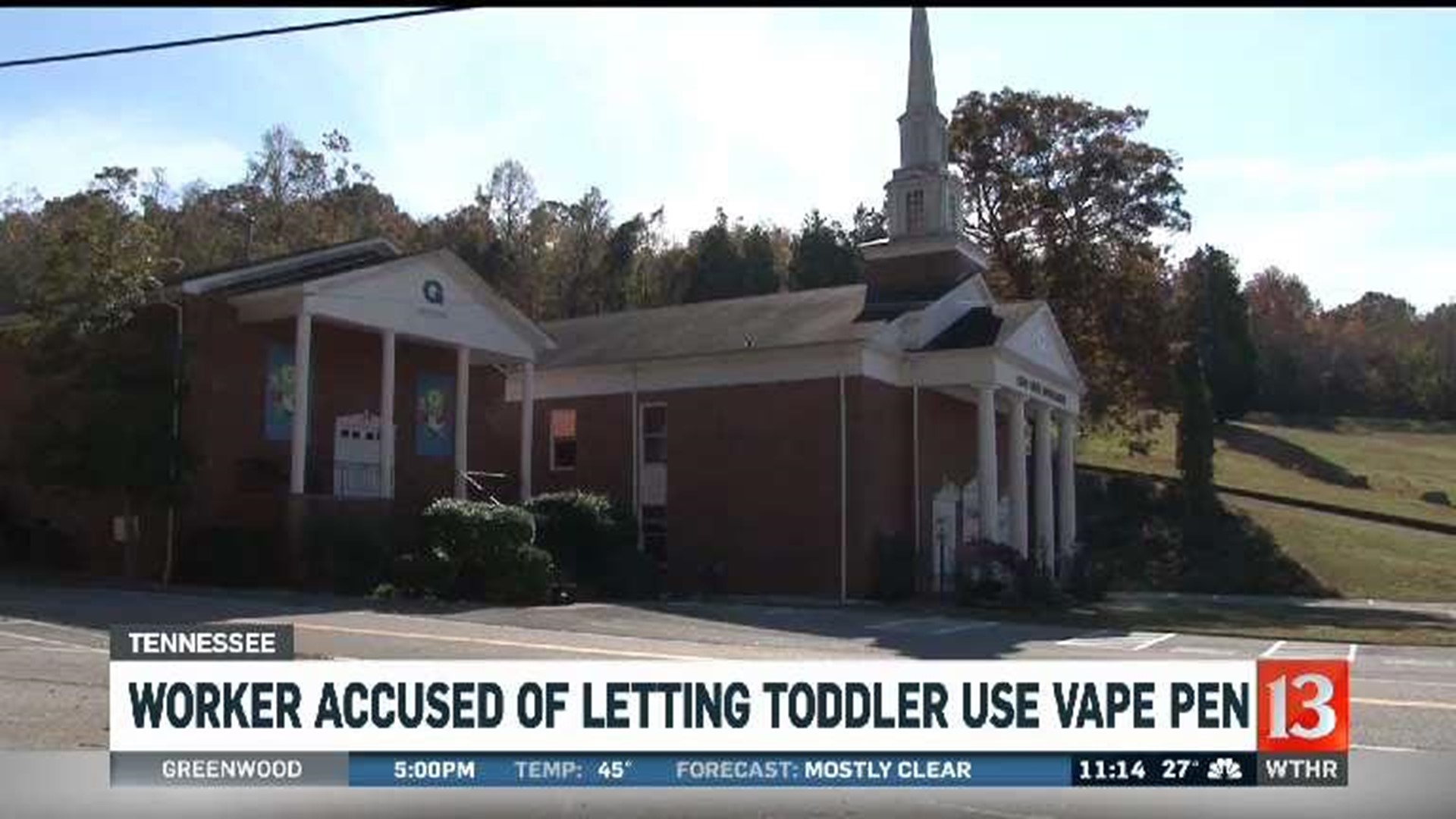 KINGSTON, Tenn. (WTHR) - A Tennessee church day care is permanently closed after a worker allegedly let a toddler use a vape pen.

Several state agencies are investigating. They say there is surveillance video but it's not being released yet.

Doctors say vaping is bad for health at any age, but toddler lungs, obviously, are even more delicate.

"There definitely will be irritation of the airways and so what that can manifest as is they can have coughing, shortness of breath, they can complain of chest pain, and then there's also, they can have GI symptoms, nausea, vomiting, diarrhea," said Karthik Krishnan, a pediatric allergist.

We do not know anything about the toddler's condition. It does not appear police have made any arrests.

Kidz Grove Academy cares for up to 24 children between the ages of 6 weeks and 5 years.