Law enforcement in North Carolina is warning parents about THC infused candies making its way into children's Halloween buckets. But how often are kids getting handed edibles instead of Hershey's?

Now that many states have relaxed their rules on marijuana, it's becoming more accessible than it ever has been.

But how often are kids getting handed edibles instead of Hershey's?

We posted the story online and on our Facebook page, warning parents to check their trick-or-treaters' candy bags for THC infused candy, also known as edibles, before they dig in.

But how often does this really happen?

Edibles can range in price from $5 for a single gummy to $30 for one full size chocolate bar. Compare that to a big bag of candy at Meijer which goes for $14.99 for 210 pieces.

On Facebook, viewers reacting to a similar post from our sister station WZZM-TV seem to agree that the possibility is highly unlikely. 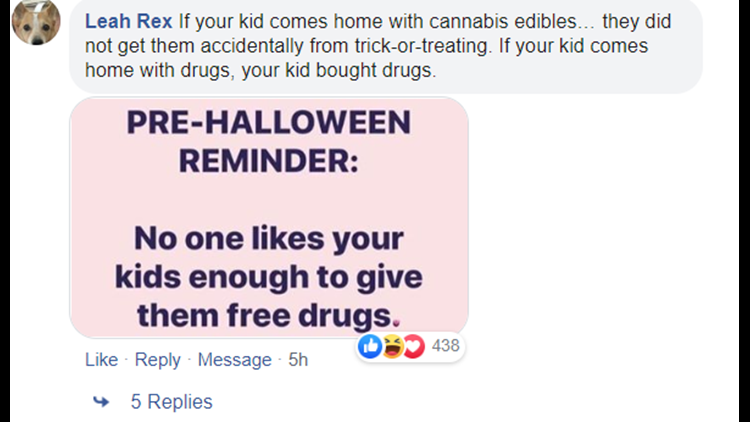 Beindorf writes "NO ONE IS GOING TO GIVE YOUR KID THC EDIBLES ON HALLOWEEN OR ANY DAY FOR THAT MATTER. THEY'RE TOO HARD TO GET AND COST TOO MUCH TO BE WASTED ON LITTLE CRUMB GRABBERS." 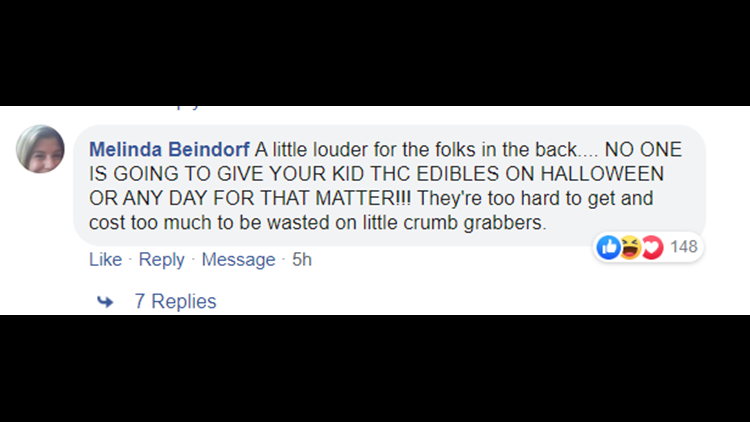 Hammond wrote, "Yeah right... there is absolutely NO ONE that is giving away $20 bags of edibles to little kids." 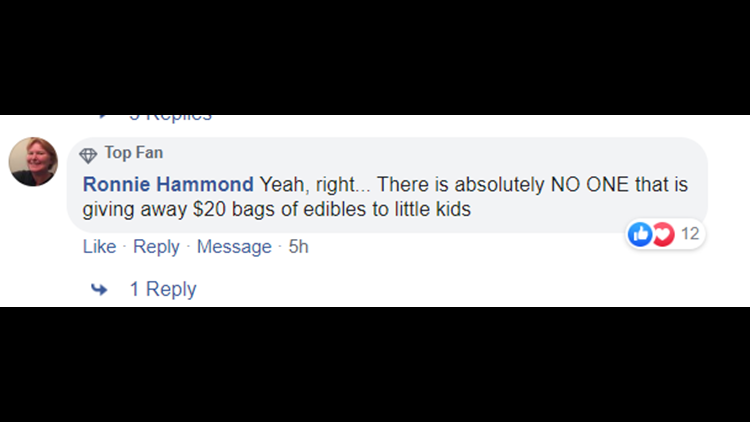 13 ON YOUR SIDE contacted several law enforcement agencies including:

All of these agencies tell us that there have been no reports of kids getting edibles for Halloween.

So should you be worried? Probably not, but it's still a good idea to check those candy buckets for potential allergens, unwrapped candy or homemade items.

GRPD advises it's best to stick with the name brand candy that you and your kids are familiar with.