They were total strangers, but that talked and laughed like old friends. 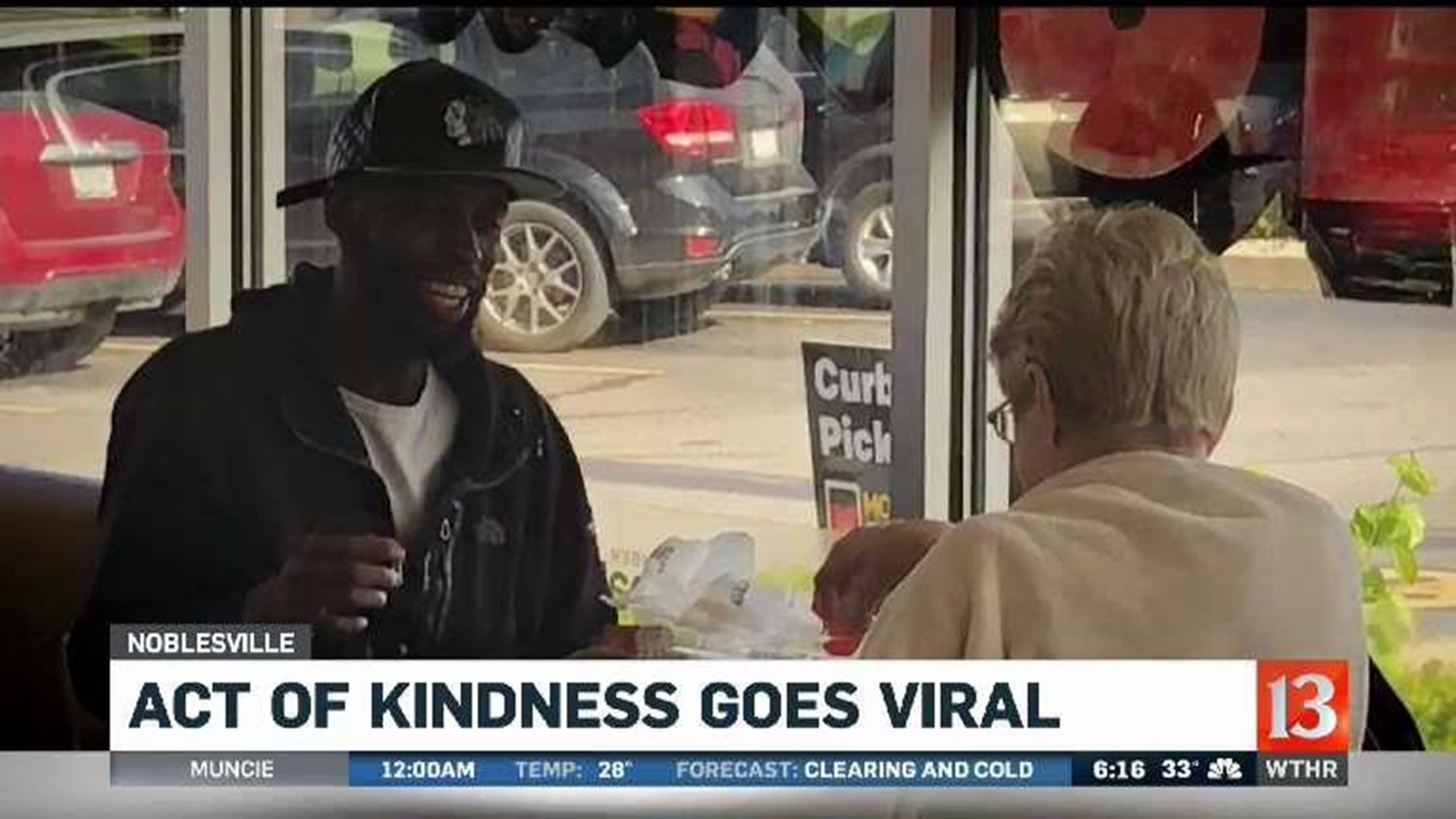 NOBLESVILLE, Ind. (WTHR) — We have just come off one of the most contentious political campaigns ever. Bombarding us with who is bad and who is good. Who is on your side and who is not.

Well Thursday three women in Noblesville happened to see a sign that we are all returning to normal.

The special education teachers were eating lunch at the Noblesville McDonald's and snapped the photo in the post above.

Amanda Craft said they were total strangers who were completely different, but they talked and laughed like old friends.

"She put her stuff down and then asked if she could eat lunch with him and he was great. His smile just lit up the room," Craft remembered.

"It was heart-warming and I am glad I got to witness it," Amber Miller recalled.

Craft posted the photo on Facebook and the man was identified within a few hours.

Eric Haralson commented on the post and said the two new friends exchanged numbers and planned to reconnect soon.​ Haralson said the woman could "pack a whole crowd with her humor."

"I don't know what she said to him but he just started laughing and it was like a contagious laugh. Like that belly laugh you get when you just can't help but laugh along. It was really touching, heartwarming and you know it was just really fun to watch," said Craft.

"Being Special Ed teachers we just love to see people reach out and make sure they are accepting. You do a nice kind act and it kind of reads that way," Amy Meyering added.

"117 likes. Two seconds later 200. It was amazing. And then this morning I saw WTHR and I tweeted them and said, 'Girls, you are not going to believe this.' I didn't think that would happen but people are hungry for that," all three women chimed in.

The photo has been shared more than 800 times in less than a day.

That's what we call a Happy Meal!