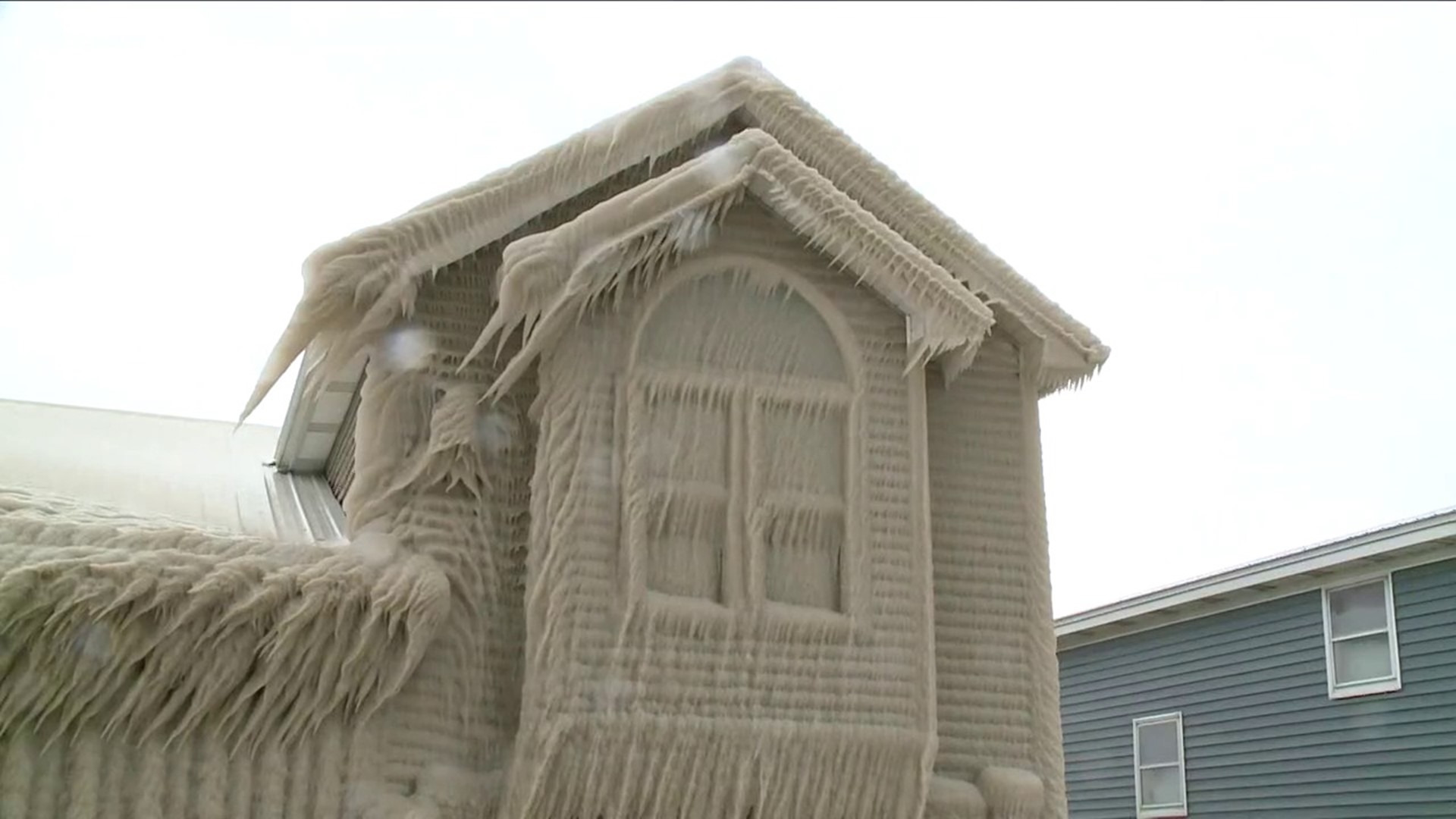 Homeowners on South shore Drive woke to the ice completely covering their doors and windows. In some cases, their homes were dark because of how thick the ice was.

Ed Mis, resident and homeowner in Hoover Beach, says he's never seen conditions this bad before. The front of his home is completely covered in ice that is likely one to three feet thick.

"I actually had to go out a secondary door and then chisel my way back into the house by breaking the ice," he told 2 On Your Side's Karys Belger.

Ed Mis tells me this is what his house looked like when he woke up this morning. He says some of the ice has completely frozen over the top of his neighbor’s house and he’s worried about what will happen when it all melts. ⁦@WGRZ⁩ pic.twitter.com/XVrEomdslq

Mis says he spent the morning checking on neighbors when he wasn't assessing his own home. He says there's a woman living next door to him whose home is completely blocked. The ice almost reaches her roof.

He also said the ice is an additional hardship for a community that has already dealt with many harsh storms.

As bad as the ice is, Mis says his biggest concern is the damage that could be left behind after the ice melts. When his home was hit last October, he'd been remodeling his home. He had to begin again from scratch after the storm was over.

The ice accumulated Thursday and overnight into Friday as waves from Lake Erie pounded the shoreline. This winter storm also brought strong winds to the region which allowed water to be blown over the homes and freeze to trees and power lines located behind them.

Besides property damage, (the ice-covered homes), several power lines and trees collapsed due to the weight of the ice and fell. 2 On Your Side spoke with the Town of Hamburg's Emergency Services Manager, Sean Crotty, he said the ice would have to thaw before he could send in a team to asses the damage.

2 On Your Side received several pictures of the homes and trees covered in ice: