Rep. Vernon Smith said he was verbally attacked in the bathroom and shouldn't have to fear for his physical safety because of another state representative. 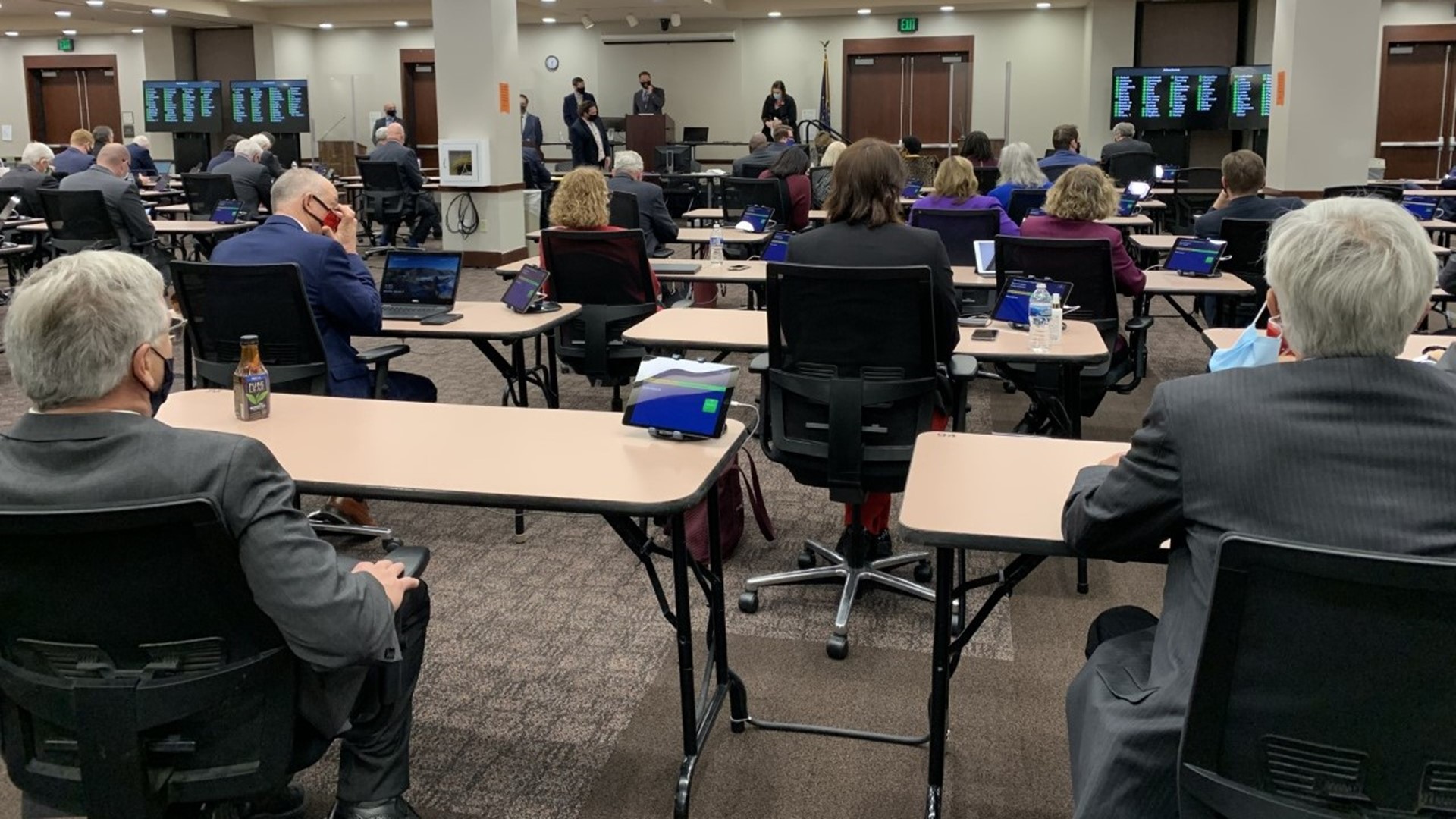 INDIANAPOLIS — The Indiana Black Legislative Caucus is responding to an incident during a statehouse debate over where kids should go to school. That debate turned into a walkout and then a confrontation over race and discrimination. It spilled out of the House chambers and into the hallways Feb. 18.

Porter and others believe the bill would allow residents to leave the racially diverse South Bend school district and become part of a mostly white, more rural neighboring district. Three-fourths of their children already attend school there.

Porter's concerns over racism and discrimination brought hisses of boos from the overwhelmingly white Republican super majority last Thursday. Porter walked out. A few minutes later, Rep. Vernon Smith (D-District 14), who is also Black, raised the same issues and was discussing his experiences with racism as a Black man. The Lake County Democrat got the same treatment by his Republican counterparts.

During a news conference on Tuesday, Smith said the reasons given for the bill didn't make sense, as there is already legislation that would allow students to visit another school to take certain courses not available at their school.

Smith said after leaving the floor he went into a bathroom outside. While in there, Smith said Rep. Alan Morrison, the assistant majority floor leader, came in and "started with his tirade about how I was a bully on the floor." Smith said Morrison then called him a coward. Smith said he tried to ignore Morrison, but Morrison wasn't letting up.

Smith said he was so concerned by Rep. Morrison's actions, he left the restroom without drying his hands, just to get to where other people were.

"He followed after me and he continued to call me a coward," Smith said. "He continues to go on and on, and I'm thinking, well we're in the hallway, in the surge area, he's gonna stop when we get behind the doors going into the session. And he continued on until one of his colleagues pulled him aside."

Smith said Morrison instigated everything, and that he shouldn't have to fear for his physical safety because of another state representative.

"I refuse to be intimidated," Smith said. "I just don't think this is the type of environment we're supposed to have."

"I fault myself that I allowed Rep. [Jim] Lucas to make me angry. I believe I control my own emotions and I lost control. And what he did was, he opened a wound," Smith said.

The Black caucus also called for implicit bias training for the whole chamber and for the lawmakers involved in the incident to be reprimanded.

"When it comes to reprimands, we do believe everyone involved should be looked at," said Rep. Robin Shackleford (D-District 98). She believes that Rep. Vanessa Summers and Rep. Sean Eberhart need to come together and talk through their differences. The two ended up in a shouting match outside of the House session where profanity was used.

Shackleford said she does believe there are members of the Republican state legislature who are racist.

"We will continue to push leadership to acknowledge and address this unacceptable behavior, Shackleford said.

13News reached out to Rep. Morrison's office and was told he would not be commenting on the story.