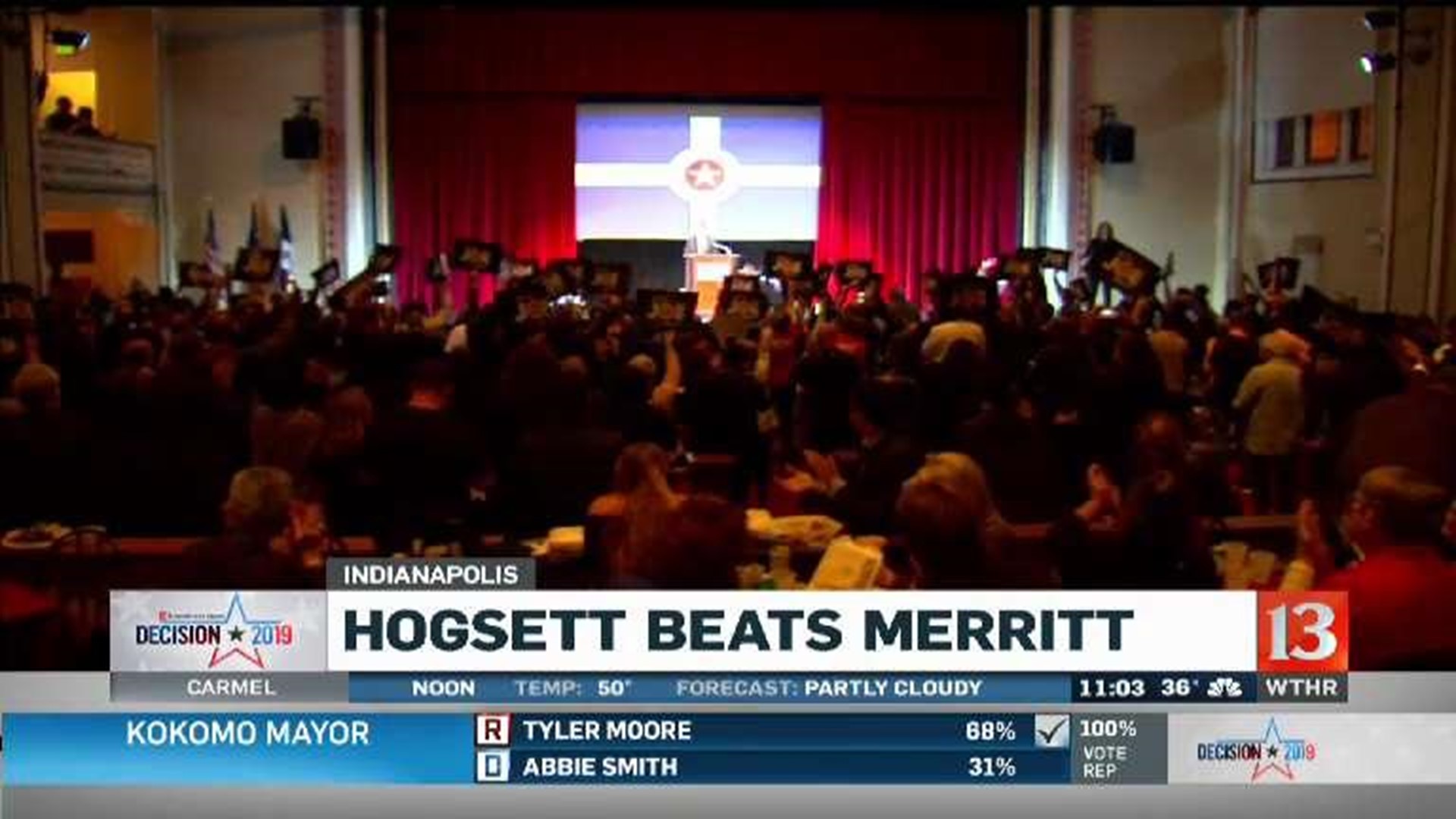 The incumbent claimed victory at the Athenaeum around 8:30 p.m., saying he had spoken to Merritt by phone moments earlier.

"To the citizens of our great city, I am humbled. I am honored and I could not possibly be more excited to serve as the Indianapolis for another four years," Hogsett said.

Merritt spoke to his supporters downtown around the same time.

"Having known Jim for 40 years, I know that he is now capable of becoming a champion for the numerous legislative changes he supported during this campaign," Hogsett said. "From empowering cities to keeping guns off our streets to greater protections for renters to tools we can use in the battle against food insecurity."

Hogsett seemed to be cruising toward re-election in Indianapolis in the days leading up to the election, despite criticism from Merritt over continued troubles with violent crime in the city and the condition of local roads. Hogsett had raised $5.6 million for his campaign by mid-October, while Merritt reported collecting about $800,000. Republican Gov. Eric Holcomb even left Merritt off a 10-city tour to boost mayoral candidates in the campaign's closing days.