The candidates for Indianapolis mayor gathered for a final debate Monday night. 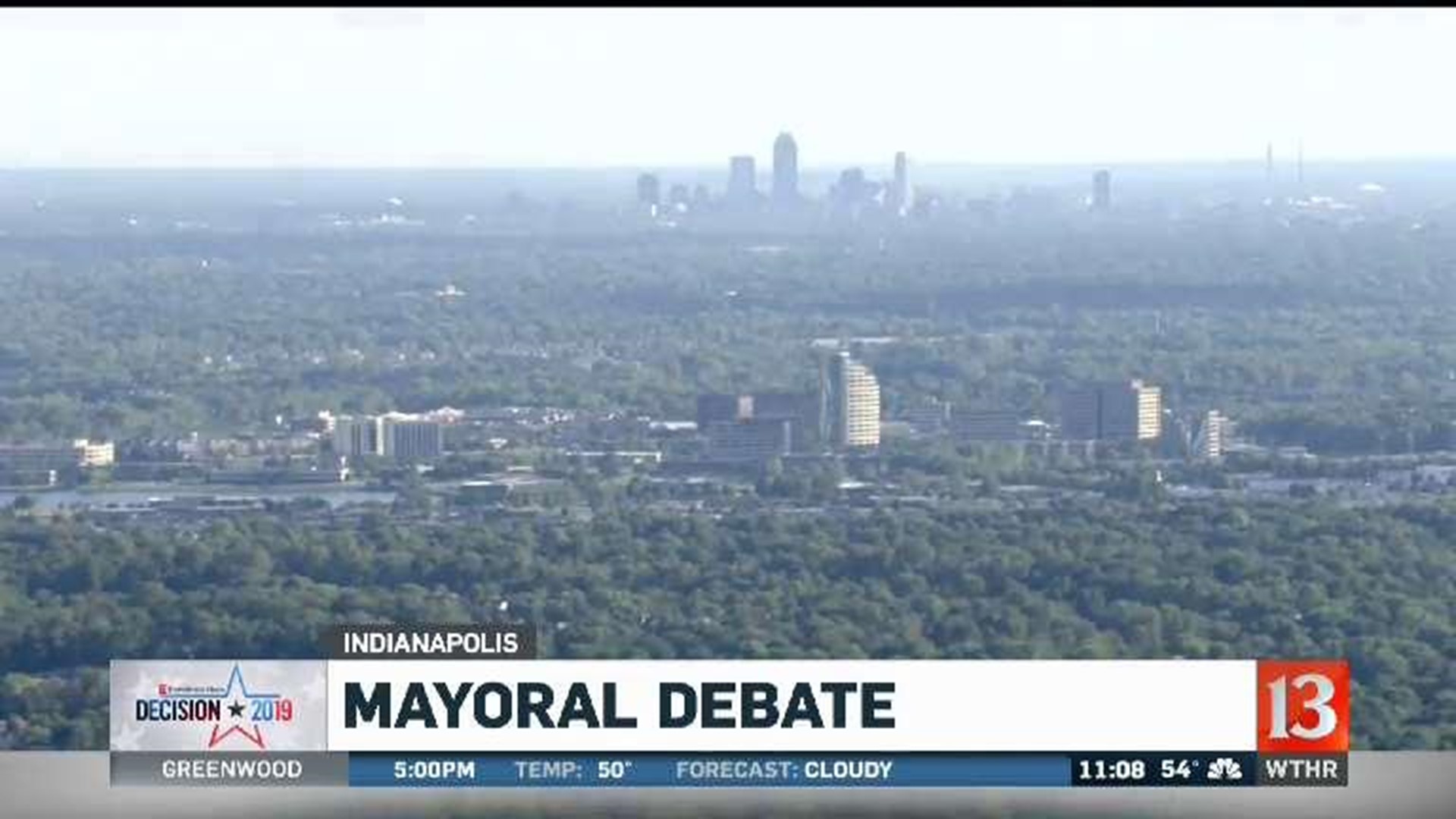 Indy residents like Antonio Lipscomb said he wants more focus on the African American community. ​
​
"You look at the homicide rate, African American males making up less than five percent of the population and yet we represent 38 percent of the criminal justice system," said Lipscomb.​
​
Newcomer and Libertarian candidate Douglas McNaughton said the system needs to change in order to move Indy forward. ​
​
"The justice system that puts a black man in jail four times more likely than they will a white man for the same crime...that's a serious problem," said McNaughton.​
​
According to IMPD, so far in 2019, 116 people have been murdered. ​
​
It's a number Mayor Joe Hogsett said is declining.​
​
"We may enjoy the first year-to-year reduction, decrease in the number of homicides, so we've made progress with more work to do," said Hogsett. ​
​
Republican State Senator Jim Merritt said public safety needs an overhaul, citing the need for a new public safety director. ​
​
"If you don't have public safety, how are you gong to grow Indianapolis? How are you going to get people to stay here?" Merritt asked. ​
​
Candidates also discussed the homeless population, infrastructure and transportation, with a focus on the Blue and Purple bus lines. ​
​
Rachel Hawkins said if the Blue line is constructed, her Markin Camper Sales family-owned business would be impacted. She said the Blue line would be one lane east and one lane west making it challenging for traffic in the area. She wants to keep Washington Street four lanes.​
​
"We've all formed a coalition to get together to make sure we can get these changes made so it doesn't put out a lot of long standing family owned businesses," said Hawkins.​
​
Merritt said IndyGo's Red Line was rushed and city leaders shouldn't repeat past decisions with a new line.​
​
"I will live on the west side to see what people want done with the Blue Line. That did not happen this time, the mayor rushed this into operation," said Merritt. ​
​
"The city is not built for a point-to-point transportation. it's not laid out that way and it is something we will struggle with moving forward," said McNaughton.​
​
McNaughton wants to halt on any new construction until leaders figure out how to "make the red line work effectively," he said. ​
​
But Hogsett said the Red Line is working effectively, citing a 30 percent increase in ridership for the month of September.​
​
"I do think that we need to learn lessons from the design and the construction of the Red Line and apply those lessons as we propose and construct the Purple and the Blue lines and make sure we don't make the same mistakes twice," said Hogsett. ​

For Lipscomb, he wanted the next leader to help move Indy forward.

"We just want to have a seat at the table so we can negotiate, do business and be a better city," he said.