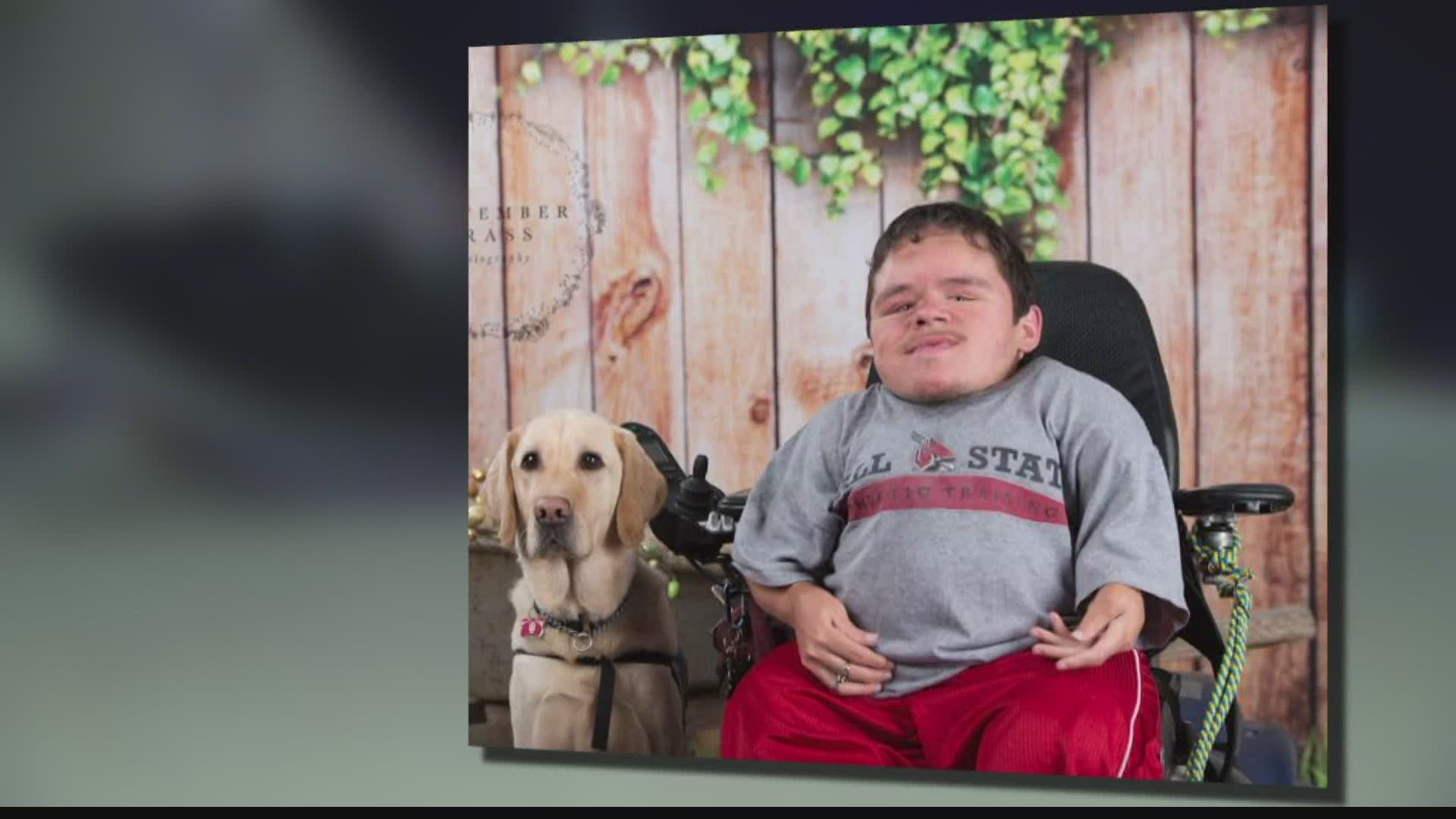 INDIANAPOLIS — One man is dead after a single vehicle crash Friday morning on the west side of Indianapolis.

It happened shortly after 1 a.m. on Interstate 465 near the Sam Jones Expressway interchange.

When the first trooper arrived to the scene, he found 29-year-old Dustin Gilmer of Indianapolis entrapped in the wreckage and unresponsive.

Despite life-saving efforts, Gilmer was pronounced dead at the scene.

State police said the cause of the crash is unknown at this time, but preliminary investigation at the scene leads officers to believe Gilmer drove his van off the right side of the road for unknown reasons, then came back across all four lanes and struck the concrete median divider.

The investigation is ongoing, but investigators do not suspect alcohol to be a factor in this crash.

Gilmer was an employee at DPW. The department's director, Dan Parker, released the following statement:

It is with a heavy heart I share the news that Dustin Gilmer, DPW Employee and Office of Disability Affairs Manager, has passed. Early this morning, Dustin was involved in a single-vehicle accident on I-465 and did not survive. His aide and faithful canine companion, Carver, also perished in the accident.

Those who knew Dustin will remember him for his incredible personality, his infectious attitude, and his commitment to making Indianapolis a better place. He joined the city’s Office of Disability Affairs as an intern in 2015 and officially joined the team as a project manager one year later. Since then, he worked diligently to connect Indianapolis citizens with disabilities to city services and resources to improve their quality of life. As a proud Ball State Alumni, he was dedicated to his work, driven in his community partnerships, and truly never met an obstacle he couldn’t surpass. Dustin loved this city, his Indianapolis Colts, and everyone he met. Our department, and our community, are better places because of him. We are grateful for his and Carver’s service to the city of Indianapolis and our thoughts and prayers are with his family, friends, and loved ones.

Gregory Fehribach knew Gilmer, meeting 10 years ago as a student, then an intern at Eskenazi Health, and eventually as a friend and colleague.

RELATED: Man identified from fatal semi crash on I-65 near Whitestown

RELATED: Plainfield man killed in I-69 crash in Delaware County