Lawyers for the family of Mary Hughgill, 82, are investigating with plans to file lawsuits in the coming months. 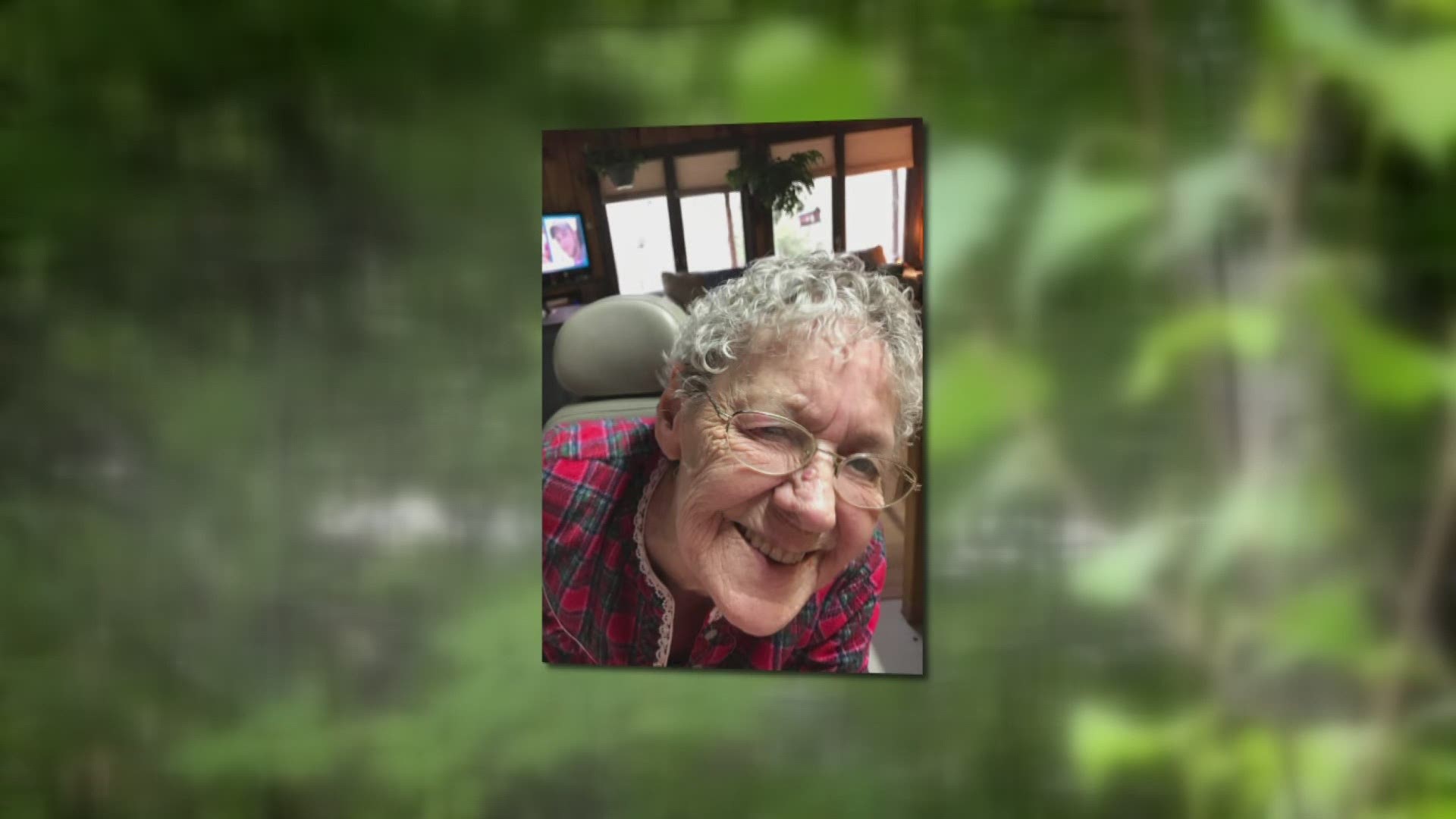 LEWISTON, Maine — The family of Mary Hughgilll, a beloved wife, mother, grandmother and great grandmother, wants justice months after she died from complications due to COVID-19.

Attorneys for the family announced Monday they are likely to pursue legal action against the Maplecrest nursing home in Madison and the Big Moose Inn that hosted a wedding reception that sparked the state's largest outbreak.

"When people fail to follow those procedures and protocol, we need to figure out why that happened and hold them accountable," lawyer Timothy Kenlan with Lewiston-based Berman & Simmons said.

Hughgill, 82, was a resident at the nursing home during the outbreak in August when she contracted the virus and later died in September.

A study released by Maine's Center for Disease Control last week detailed how the wedding outbreak quickly spread across the state, including the long-term care facility in Madison.

According to the report, at least 177 positive cases resulted from failures to follow proper federal and state protocols at the Big Moose Inn.

A worker at the Maplecrest facility was in close contact with a wedding guest, the study said, and continued to go to work despite developing symptoms.

Six residents at the facility died as a result of contracting the virus.

"She died alone," Kenlan said. "That's not just Mary's story. That's everybody who passed away from this disease has done so alone, and I and my firm feel we need to hold people accountable for the needless spread of this virus."

The Maplecrest Rehabilitation and Nursing Facility and Big Moose Inn did not return our requests for comment.

The Maine Dept. of Health and Human Services told NEWS CENTER Maine that the facility has since made changes to protocol.

A spokesperson said the department "remains in frequent communication with the facility and will conduct regular monitoring to ensure implementation of the plan of correction."

Kenlan said they are still working to gather all the facts before formally filing lawsuits in the coming months.

"I want her legacy to be one that saves other people," Kenlan said.