The Town of Hiram, Maine bought its first fire truck and built its fire department in 1937 at a cost of $6,000. 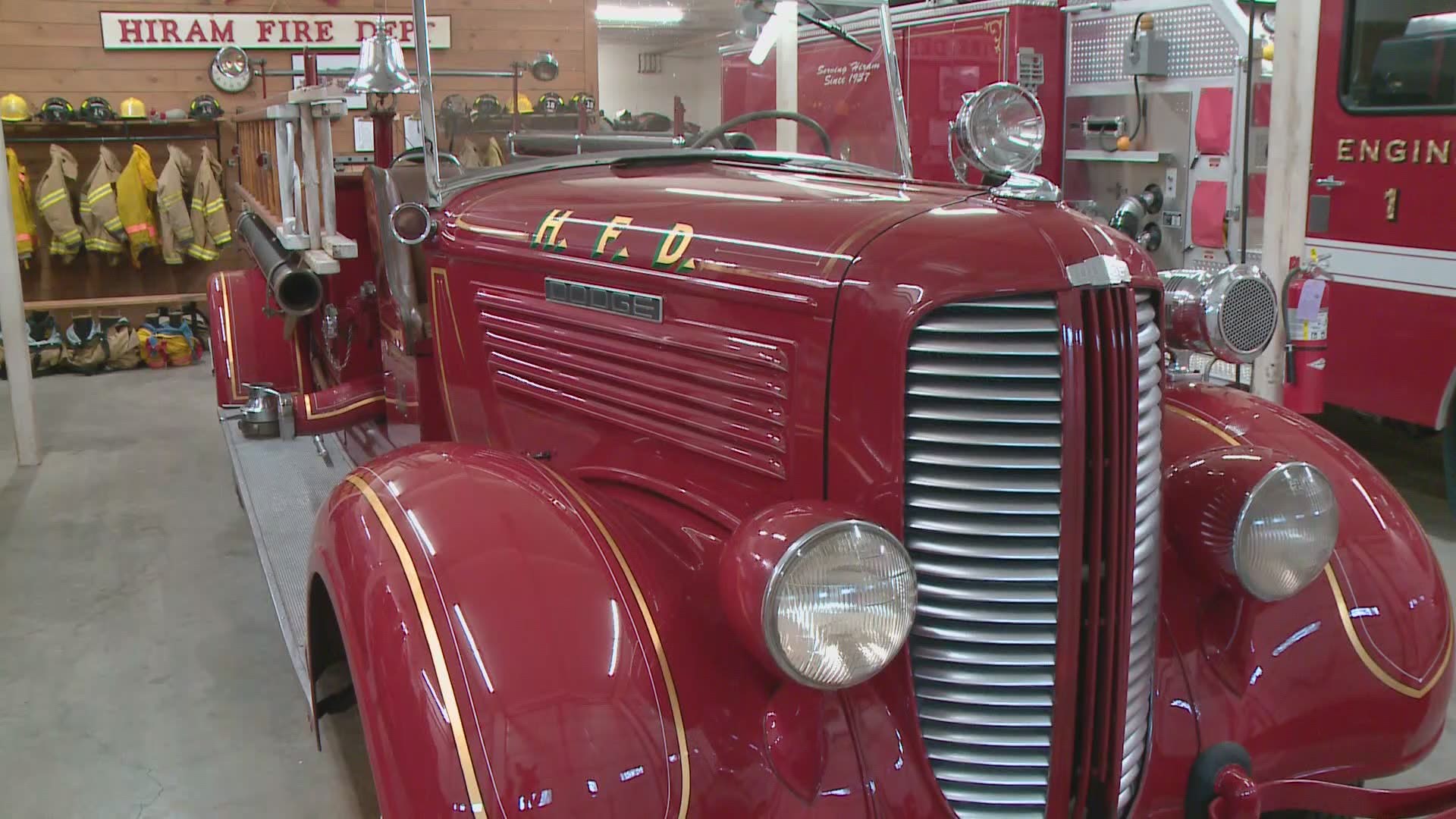 "This is the original lettering, all gold leaf, original hoses, original ladder," Pyburn said. "It's a '37 Dodge that has been with the department since day one."

The truck was purchased in 1937, the same year the Hiram Fire Department was started.

"We have all the paperwork upstairs when it was first ordered," Pyburn said.

That includes the truck's original bill of sale. It was bought for the price of $3,400.

Also, preserved on film, is Hiram's first firefighters in action, using their new truck for training.

"Some of these old photographs of these guys on these trucks and the equipment and what they were wearing. God love them what they were able to do with what they had at the time," Pyburn said.

"It was a working fire truck for 50 years, so pretty cool."

A truck that played a part in Maine history, helping to fight the wildfires of 1947 that destroyed a quarter of a million acres and wiped out entire towns.

"This truck was 10 years old and [we] were one of the few departments that had equipment at the time, so this thing pumped water day and night for days on end from the Saco River," Pyburn said.

Pyburn said, "It's no exaggeration to say this was responsible for not losing houses in town. Nothing in the village was lost in that fire."

As you can imagine, this fire truck is pretty special to the town of Hiram.

He said, "We wanted to do something to preserve it. We found out one of the premier restoration outfits is right here in the state of Maine called Firefly Restorations."

The recommendation was not a total rehab, just a touch-up and a once over of the mechanics.

"When he ever showed it to us, I was just amazed. He was able to clean it, sand it, and clear coat it to bring it back to shine like it probably hasn't since the 40s," Pyburn said.

What wasn't buffed away was the character the truck has earned.

"All of these marks and scratches, they all come from something. There is a story behind it."

A vintage truck that's not just as a showpiece but still runs like a champ and can still pump water. A truck that will no doubt continue to capture the hearts of people in Hiram for generations to come.

"I take a lot of pride in it and I think it's a neat thing we've kept it. It's just a big part of the history of the town," Pyburn said.

RELATED: When a daughter follows in Dad’s footsteps