Partial 'ring of fire' solar eclipse visible in parts of US

The eclipse was available for a small part of the U.S. at sunrise, but other parts of the world and people online got the full show. 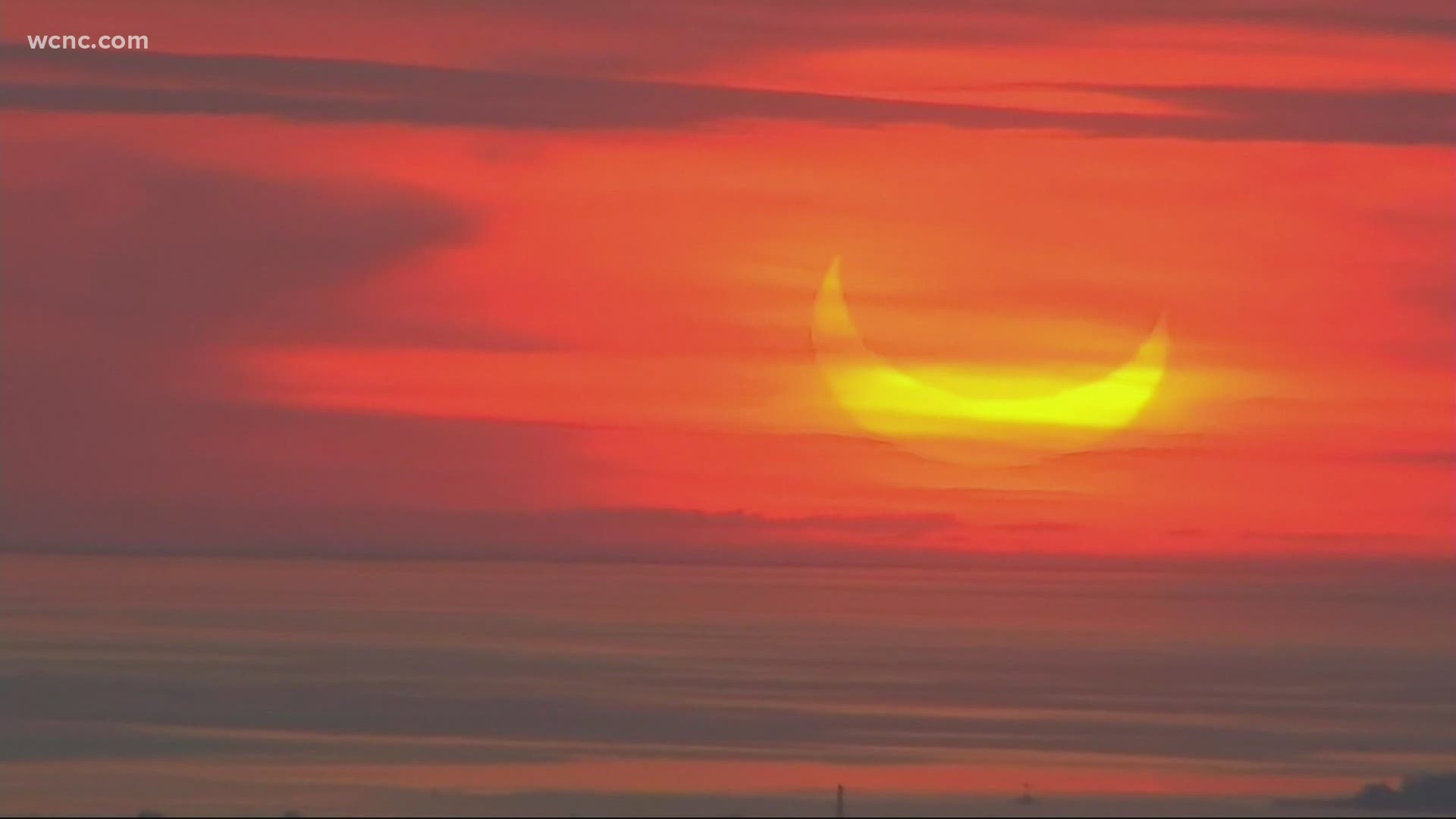 WASHINGTON — A "ring of fire" annular solar eclipse was visible in parts of the northern hemisphere Thursday, but those in certain parts of the U.S. could only see a partial one early in the morning.

In the U.S., the partial eclipse -- where the Earth, sun and moon are not completely lined up --was seen in parts of the Southeast, Northeast, Midwest and Northern Alaska, according to NASA. It happened shortly after sunrise, so people that wanted to watch it in person needed to have a clear view of the horizon.

People in parts of Canada, Greenland, and northern Russia experienced the full annular eclipse and saw the "ring of fire."

This animation shows the path of the shadow the moon will leave on the Earth.

NASA livestreamed the eclipse, weather permitting, in the YouTube player below.

Timeanddate.com also had a livestream in the player below.

As always, an important reminder: Never look directly toward the sun with the naked eye. Regular sunglasses are also not safe for looking at the sun. You need a special pair of eclipse or solar viewing glasses. If you don't have access to those, you can make a simple pinhole projector.