Heart-stopping video from Utah shows twin boys playing on a dresser that comes toppling to the ground. 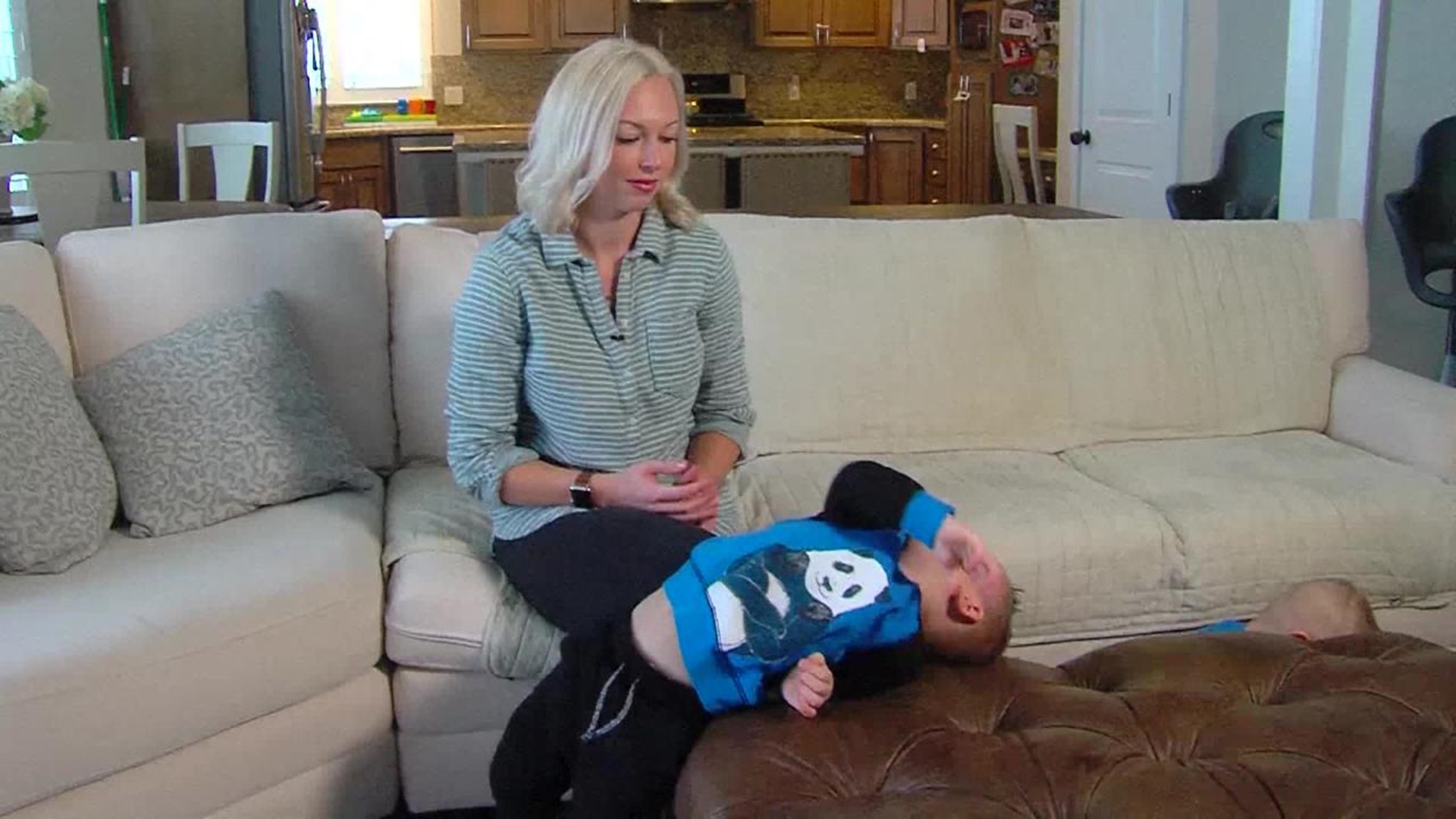 Video from Kayli Shoff's nanny cam is hard to watch as a dresser tipped over on her twin boys, pinning one of the toddlers underneath. The other twin then pushes the furniture off his brother.

"This one's Bowdy and this one's Brock. They are almost two-and-a-half. They are super rambunctious," Shoff said.

There's no question she has her hands full with the terrible twos times two. But she never imagined the twin boys would have such a close call with the dresser in their own room.

"Because I usually hear everything. We didn't hear a cry, we didn't hear a big thud, so we woke up and looked at the camera, are they still sleeping? We saw that it was all the way down and they were still playing. So we didn't know if it landed on them," Shoff said.

Brock was stuck underneath as Bowdy looked on, trying to find a way to help. He was finally able to push the dresser far enough for Brock to slide out to safety.

"Bowdy just came around and assessed the situation. He's thinking, 'I need to help my twin brother. What do I do here? So he sat there and thought. Tried to lift it up and that didn't work then he just pushes with all his might and it pushed him right off his brother. I really believe in the twin bond. We always hear that and I really think these two have it," Shoff said.

Both boys were okay after the scary incident, but as their parents reviewed the video, they were horrified and immediately secured the boys' dresser to the wall. Shoff says she debated for a few days about sharing the dramatic video, but in the end felt responsible to help raise awareness about the dangers of unsecured dressers.

"Everybody needs to bolt their dressers to the wall. I mean, we just didn't think about it. So, accidents are going to happen, so we just want to spread awareness to this one accident that happened and hope that it doesn't happen to any other family," Shoff said.

There are many furniture anchors available at home improvement stores and many of them are inexpensive.