​In video, as the woman bends over, the man can be seen extending his arm with his cellphone in his hand appearing to reach toward her backside.​ 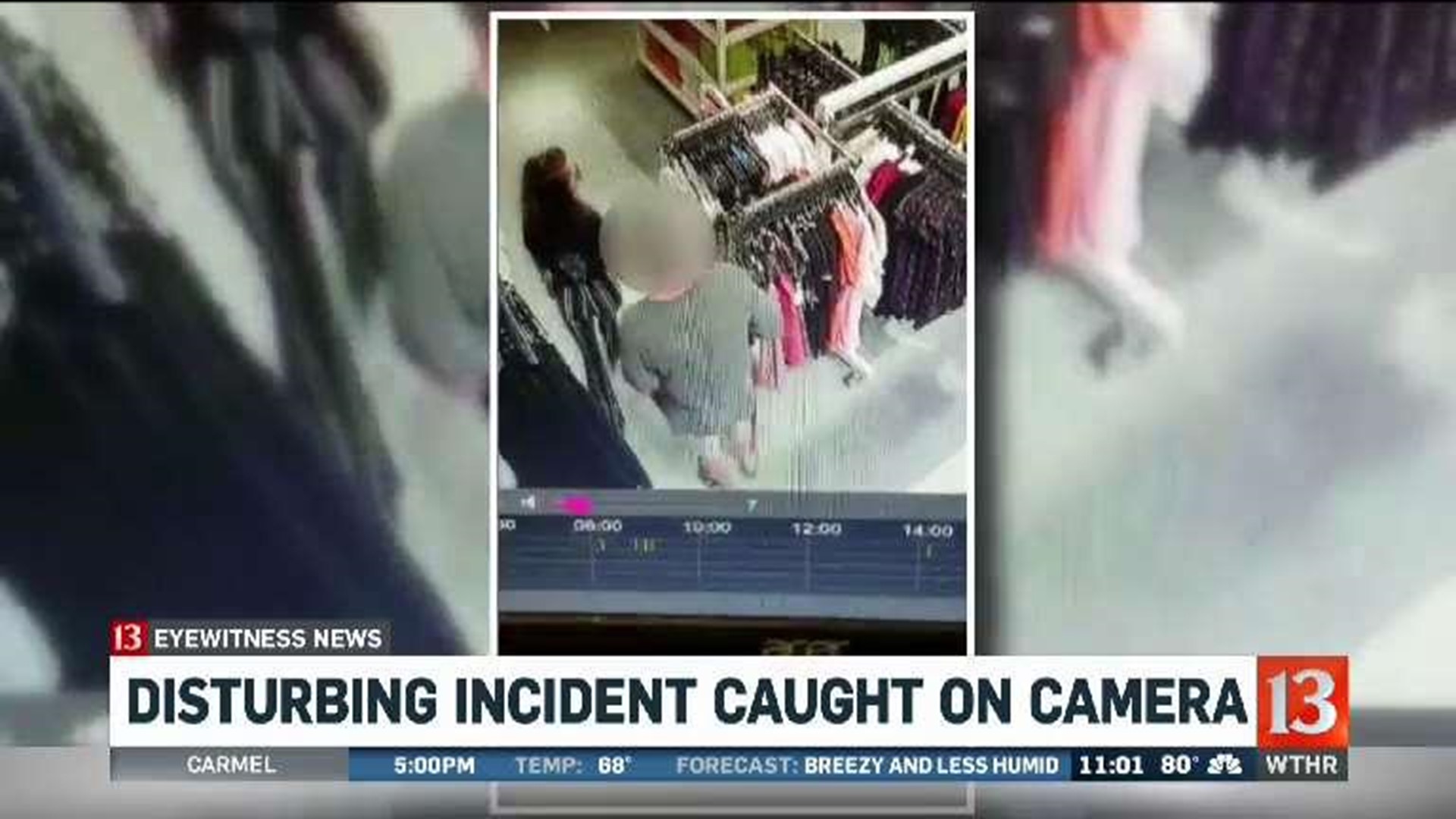 HAMILTON COUNTY, Ind. (WTHR) - A young woman says she was violated by a man who came into the clothing store where she was working and took inappropriate pictures of her.

​Allie Phillips says the man asked for help finding clothes for his grandkids, but it's what he reportedly did that has her shaken.​

​"I can't watch it. Every time I do I want to cry. It just makes me feel so vulnerable and violated," said Allie. ​

NEXT on @WTHRcom at 11: A young woman says she was violated by a man who came into her clothing store where she was working and took inappropriate pictures of her body. #wthr pic.twitter.com/SQKYin4JVX

​Allie says she thought the man was taking inappropriate cellphone photos of her body. ​

​In the video, as she bends over, the man can be seen extending his arm with his cellphone in his hand appearing to reach toward her backside.​

​"I was in the corner of the store and there was no reason for him to get behind me because there was nothing further to that side of me," said Allie. "So when he got behind me and I bent over, that was a huge red flag to me."

​When she realized what was going on, she distanced herself from him and went in the back of the store. ​When she came out, he was gone. She said she then called the cops.​

​But under Indiana state law, what the man did wasn't illegal. ​​It's not illegal to take photos or videos of someone in a public space, as long as you are not invading a person's privacy in order to receive sexual gratification.​

​According to the House Enrolled Act No. 1607, Phillips cannot file a harassment charge unless the man had "repeated or continuing impermissible contact." In order to file a protection order, Phillips must have been a victim of repeated acts of harassment, stalking or a sex offense.

Allie did file a complaint with the Carmel Police Department. ​

​"As a mother, as a woman, I am completely disgusted by this video," said Rima Shahid, executive director of Women 4 Change Indiana, a nonpartisan, grassroots organization that fights for women's rights.​

​"Our mission is to support the health, safety and dignity of all women in Indiana. This video and the actions that this man has taken goes completely against the work that we do on behalf of Hoosier women," said Shahid.​

Shahid says the man in the video violated Phillips' rights and her privacy.​

​"We're looking to work with lawmakers to address any loopholes and make sure that things like this don't happen again to any other person in Indiana," said Shahid.​

​"You don't think of the laws until something like this happens, and then you start doing research and you try to find what can protect her. What can protect her from going to work tomorrow and this happening again? How can we get him banned from being around her? And there's nothing." said Genevieve Phillips.​

​Businesses can enact a ban preventing a person from entering.​

​"He could sit outside in the parking lot. She came home when she was told by Carmel police that there was nothing they could do and she just came in the door and collapsed in my arms and started bawling and shaking out of fear," said Genevieve Phillips.​

​Carmel police told 13 Eyewitness News they have been in touch with the prosecutor's office. ​

​"The laws don't keep up with technology and that's one of the biggest problems. As technology changes, I think these representatives need to look at these laws," said Genevieve.​

​Allie says other young women have reached out to her after watching her video.​

​"Multiple girls have contacted me and said similar things have happened to (them) at Clay Terrace or in Indiana or in Hamilton County, which is kind of terrifying because you realize it's a bigger issue than what you think," said Allie.​

​Allie credits a sales associate for initially sharing the video on social media. The video has garnered 558,000 views on Twitter and nearly 60,000 views on Facebook.​

​"Because of her and because of all these girls speaking out to help me, it was able to grow to the number that it has, so there is strength in numbers," she said.​

​She's now taking her experience to help bring about change and to help others. ​

​"Don't be afraid to speak out. If you don't have a name or if you don't know who they are, even if you're scared you can file a report anonymously and police can find out who the person is," said Allie.