More than 100 local school districts across Indiana will close their doors Tuesday as teachers attend a public education rally at the Statehouse. 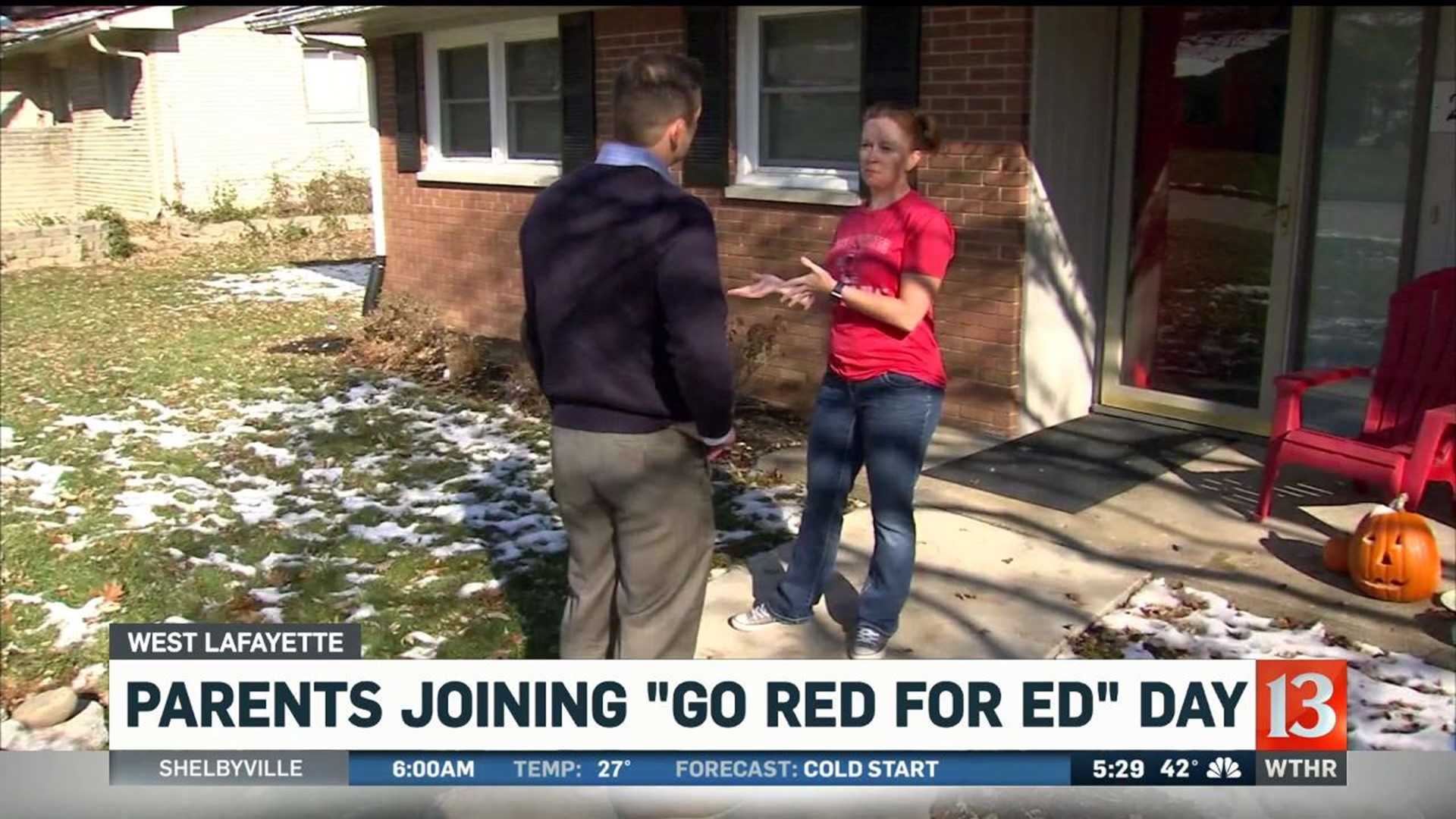 WEST LAFAYETTE, Ind. (WTHR) — More than 100 local school districts across Indiana will close their doors Tuesday as teachers attend a public education rally at the Statehouse.

West Lafayette Community Schools, however, will not be one of them.

“We believe that our school district should remain open on Nov. 19,” said Superintendent Rocky Killion in a letter published to the district website. “We agree that our students are our number one priority and therefore we will keep our doors open for them on Nov. 19.”

In an interview with Eyewitness News, Killion said the district still plans to support the rally.

“I think Tuesday's going to be a turning point,” Superintendent Killion said. “I think it'll be a greater turning point if legislators see thousands of parents there.”

He said a handful of teachers will still attend the rally but that parents and community members may send an even stronger message.

“I think that's really important," he said. "Sometimes I think we're seeing, when just educators are involved, that we're complaining. (But) we're at a breaking point.”

According to the Indiana State Teachers Association, educators want to encourage lawmakers to use part of the state budget surplus to increase teacher pay. They point to research that shows, of all the states and Washington DC, Indiana ranks last in salary growth.

Critics are also upset over what they call irrelevant, infeasible licensing requirements and an expensive standardized testing program that they claim isn't fair.

“It's not ok that 8, 9, 10-year old children don't need to be shouldering the weight of how much money their school is going to get based on a standardized test that really doesn't reflect anything about who they are or what they know,” said Amber Van Metre.

“I think it's really important to support (teachers) and be there,” said Marla Bleustein-Kyburz, who also has children in the district.

Bleustein-Kyburz said she plans to either attend the rally in Indianapolis Tuesday or a walk-in to be held at each West Lafayette school building. The walk-in was organized as another way to show local support.

“Our children spend 35 hours a week, 12 years out of their life in schools,” said Van Metre. “And if we’re not getting involved and we're not realizing what's going on, we may not be giving them the best start they deserve.”