The closer it gets to Friday, the more anxious Southport police officers get. 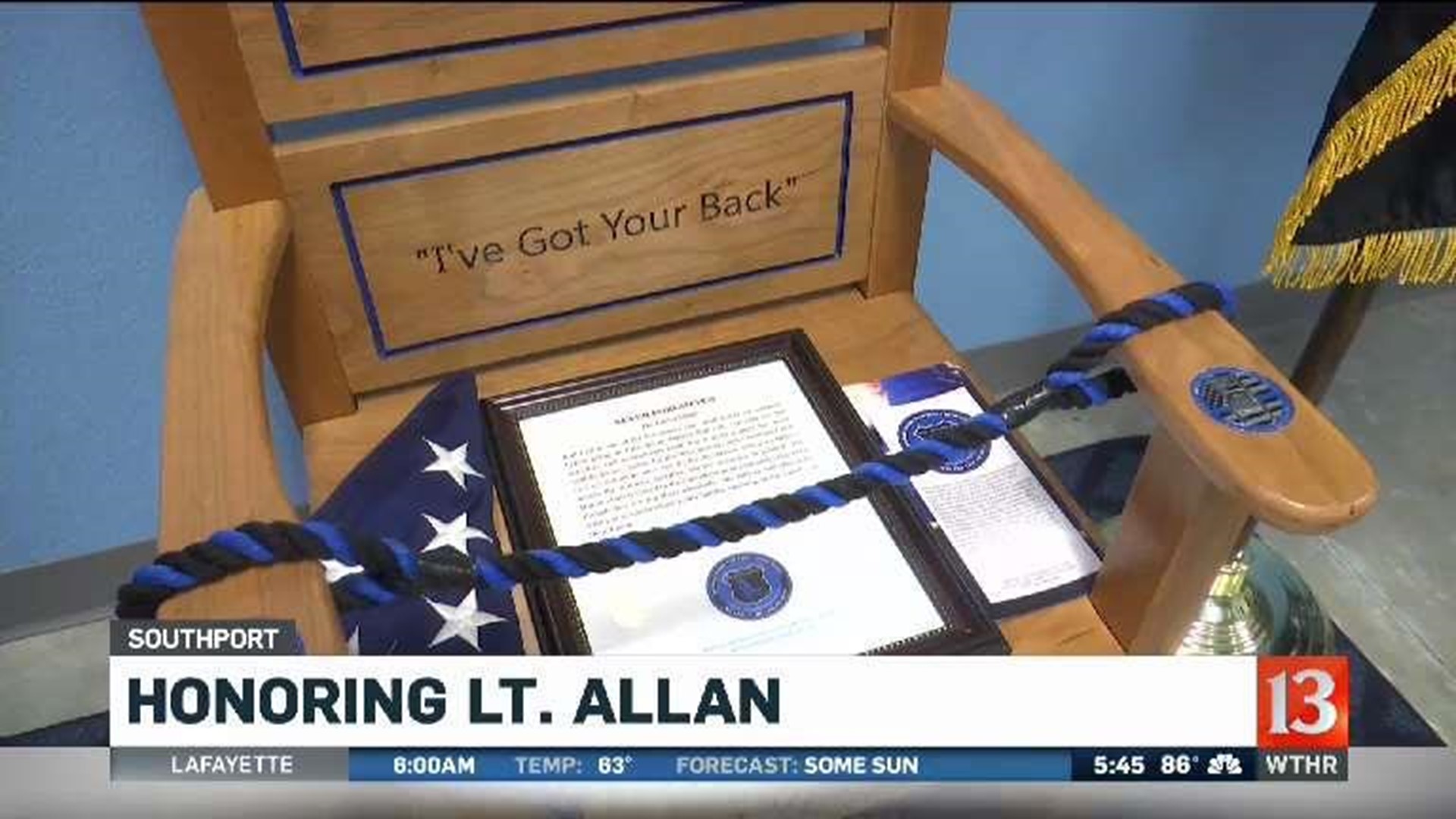 SOUTHPORT, Ind. (WTHR) - The closer it gets to Friday, the more anxious Southport police officers get.

That's because it will mark one year since their friend and coworker, Lt. Aaron Allan, was shot and killed in the line of duty.

Friday is also the day his fellow officers will be celebrating his memory, while also moving forward in a new building, where his presence will still be felt.

Crews are working to finish a memorial outside the new police station, honoring Lt. Allan.

"It's got a really cool royal blue metal that will be bent around it for the thin blue line and then it says, 'thank you for your service,'" said Southport Police Chief Tom Vaughn.

You can already see it coming together outside the building Southport officers have been using for about a month already. They've been waiting for Friday to do an open house and Vaughn says there will be plenty more to see by then.

"It has two Indiana limestone seats out there that you'll be able to sit and look at the memorial," said Vaughn.

The memorial wasn't part of the original plans. Neither was a special chair in the roll call room designed with the badge Lt. Allan used to wear. Both will now be parts of the brand-new building he helped design.

"Through the planning process, Aaron worked days with me, so if I had a question I'd ask him, 'hey what do you think about this?' Or, 'do you think we ought to put this there?' So for him not to be able to see the new building, it's kind of sad in that way," said Vaughn.

This week has also been sad as officers watch July 27th inch closer, marking one year since they lost their friend. It's been one year since gifts and flowers covered Lt. Allan's cruiser at their old station, during the days after his death. When you look around town, you can still see signs of support for the boys in blue. All that has helped carry them through the tough times.

"They always say time heals, and I'm sure it does," said Vaughn. "But there's always something that comes up that reminds you of it."

They'll still have plenty of reminders of Lt. Allan around their new building, making sure they never forget the legacy he leaves behind.

"I think what a lot of the guys have taken away is going out and being a better police officer and honoring him," said Vaughn.

They plan to unveil that memorial on Friday at 2 p.m. and then have an open house at the police department from 3 p.m. until 6 p.m.

Anyone is welcome to stop by.

The building also houses the city council chambers, as well as offices for the mayor, clerk and treasurer.