Shootings outside bar not surprising to Beech Grove police

A troubling trend of youth violence isn't surprising to people in Beech Grove. 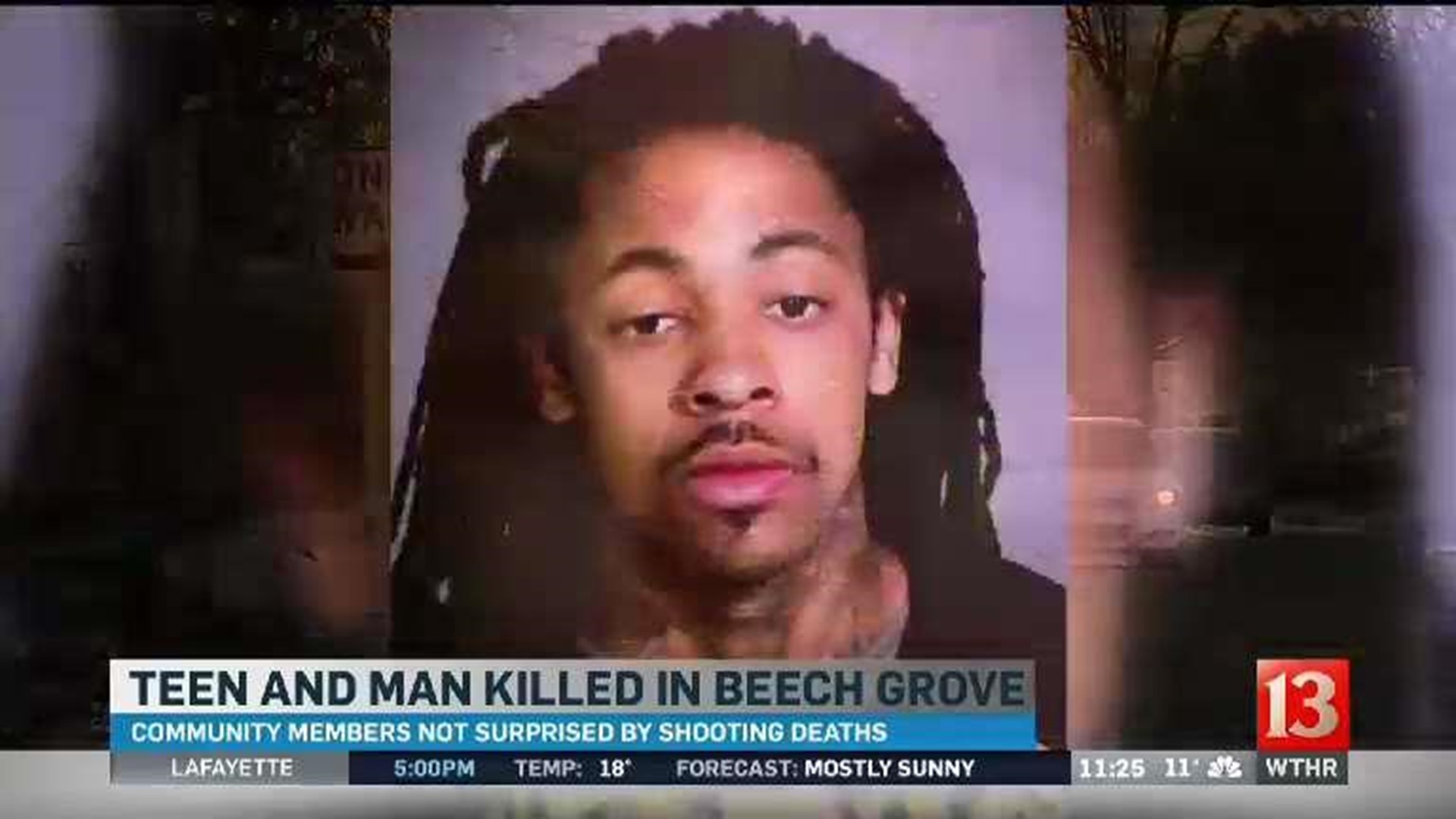 BEECH GROVE, Ind. (WTHR) - A troubling trend of youth violence isn't surprising to people in Beech Grove. The community's reacting to a 14-year-old killed by a security guard who told police the boy tried to rob him at gunpoint.

The security guard shot and killed that teenager and another man outside the Grove Bar and Eatery at Alton Street and Emerson Avenue just before 1 Saturday morning.

Neighbors around the bar say they're not surprised.

They're not surprised to learn from police that a 14-year-old tried to rob two people at gunpoint and not surprised by what followed.

Those people turned out to be armed security guards in an unmarked vehicle. One of those security guards, police say, shot and killed the teen and another man with him.

Neighbor John Byland heard the gun shots. "Five, six of them. Just straight out. One right after the other," recalled Byland.

He didn't know it at the time, but two people were dead in the parking lot of the Grove Bar and Eatery, right across the street from Byland's Beech Grove home.

"It's unfortunate something like this has to go on, especially down here," said Byland.

"It's a fairly quiet neighborhood," he added.

It wasn't quiet Saturday, though.

According to Beech Grove police, 29-year-old Seth Easley and a 14-year-old boy, armed with a stolen gun, tried to rob the security guards who were sitting sitting in a car outside the bar.

What Easley and the teen didn't realize, the woman in that car and her son were security guards for the bar.

According to police, the male security guard, 23-year-old Steven Joseph Schakel, was armed and was sitting in the driver's seat. Police say Schakel shot Easley and the teen.

Police questioned Schakel and his mother, 50-year-old Diana Schakel, who was also working security with her son and sitting in the passenger seat of the car at the time.

"It's unfortunate for him that he had to kill the two. If it was in self-defense, then he has every right to defend himself and the business he's covering as far as security," said Byland.

Beech Grove Police say it's not surprising a 14-year-old was armed with a stolen gun.

"Violent crime being done by juveniles in Marion County is without a doubt on an up-tick. There's no doubt about that," said Beech Grove police captain Robert Mercuri.

Nor, said Mercuri, should it come as shock, how it ended.

"Death is not a punishment for robbery, right? " said Mercuri.

Beech Grove's mayor says it's not likely the Schakels will be charged in the shooting. Police say the investigation is on-going.

They are not saying how the 14-year-old and Easley may have been related.