Kendall Jackson has been around scouting her entire life, watching her older brother rise through the ranks. 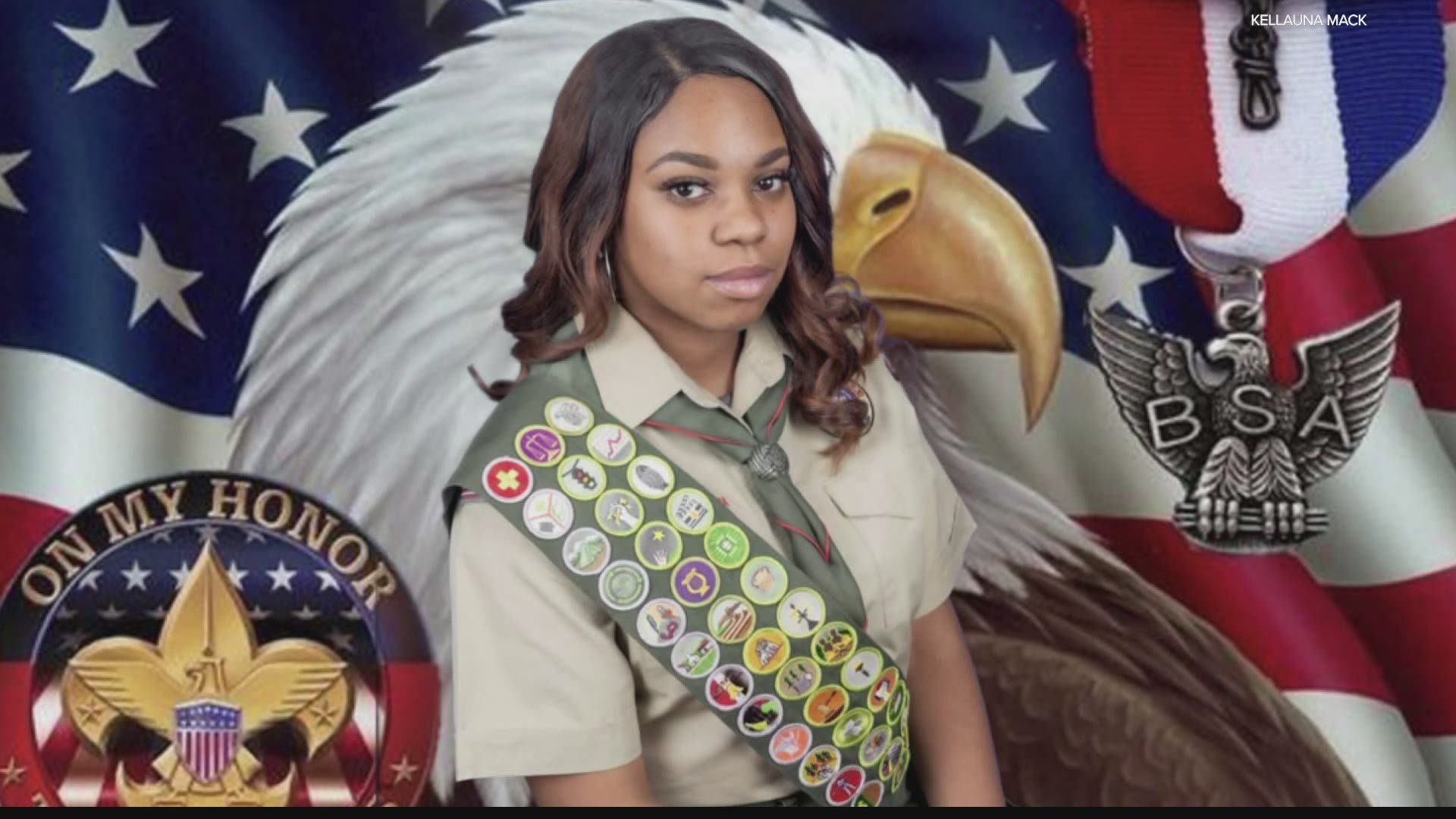 SCHERERVILLE, Ind. — At 17, Kendall Jackson is already living her dreams and blazing trails.

“It’s been such a journey,” said the Schererville teen.

Kendall is talking about her path to making history. The Lake Central High School senior is part of the first class of female Eagle Scouts with Boy Scouts of America.

“With this title, I know I have the ability and I have learned skills and I have the leadership to lead others and help others in the future,” Kendall said.

To understand how she reached this moment, you have to know how it all started.

“My whole life, I’ve always been around the scouting program. I’ve been camping with the scouts since I was one year old,” Kendall said.

Since she was little, Kendall watched her older brother, Kenneth, come up through the Boy Scouts, along with her mom, who’s been a scoutmaster for more than 20 years.

And there was Kendall, always daring to dream that one day she could join a troop and become an Eagle Scout like her brother.

“I didn’t think it was something that would ever happen,” Kendall said. “I knew that I knew some of the same skills he did, but I would never get the recognition, and I was ok with that. I understood it.”

That all changed two years ago, when the Boy Scouts let girls join, too. And at 15 years old, Kendall rose through seven different ranks to become an Eagle Scout in just under two years.

“I had to move a little faster and work a bit harder,” said Kendall, who had less time to work on becoming an Eagle Scout than some of the young men who had been able to join at a younger age.

To gain the highest rank, Kendall had to lead a community service project. She called hers “Project 21.” It was a day that brought together 21 high school seniors to attend workshops, presentations and panel discussions, all aimed at helping young people understand the options they had after graduation.

“It’s more than just going to college after high school. You also have the ability to go into a trade and apprenticeships and even the military,” said Kendall.

All of her work, including earning 39 merit badges, led to an unforgettable moment where her older brother pinned her as she officially became an Eagle Scout.

“Now we’re the same. We’re equal,” said Kendall. Except when it comes to those merit badges.

“In my head, it was always a competition to get more than him,” said Kendall. So she did.

It’s part of the story she can tell the young women who come after her, knowing if she can do it, they can too.

“My message to them would be to never give up on your dream and when you set a goal, to try to fulfill that goal,” said Kendall.