10-year-old Savannah Mchale is living with an inoperable brain tumor and she's usually the one cheering other people up. 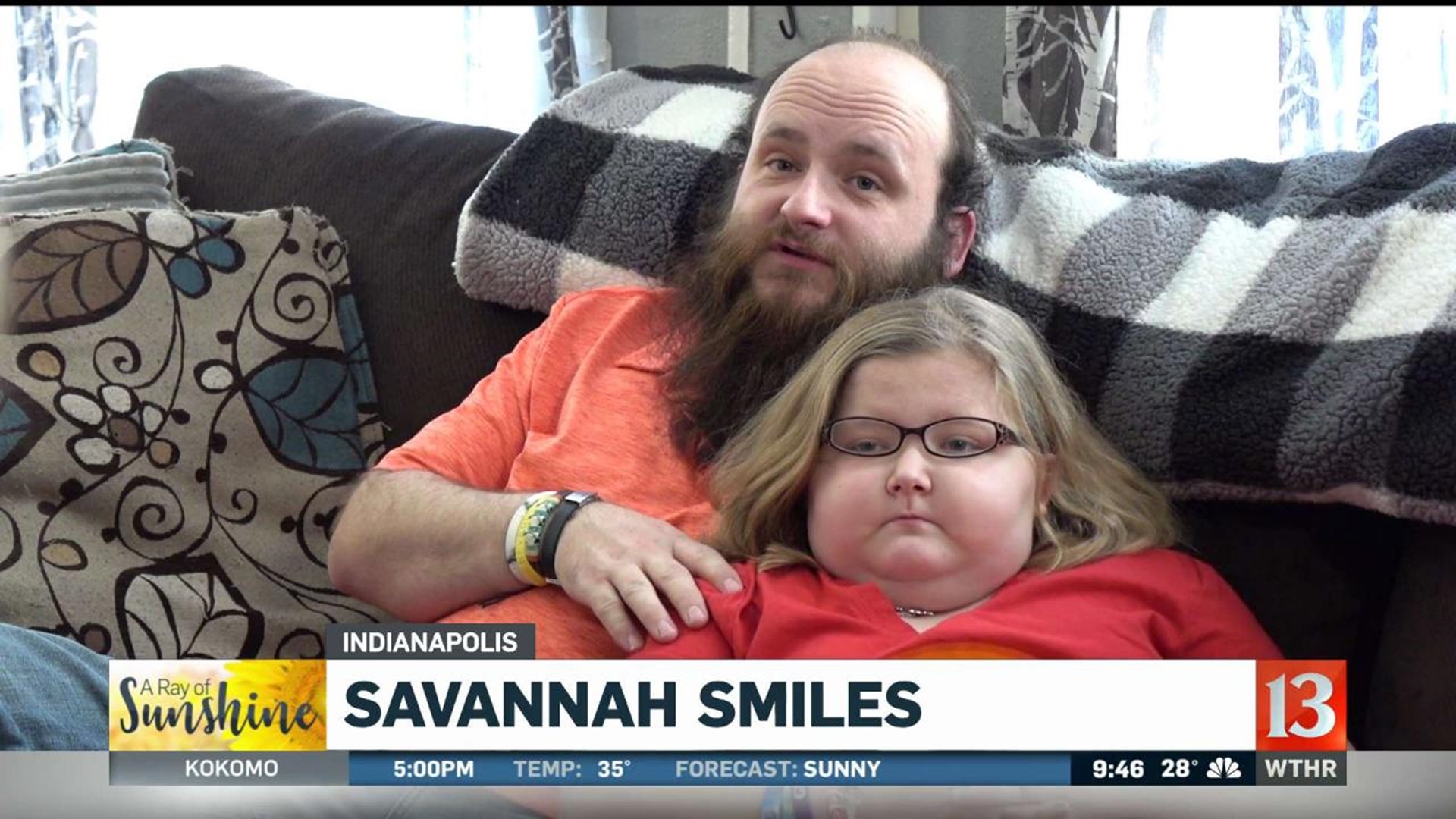 INDIANAPOLIS (WTHR) - "Savannah Smiles" is the name of a movie that came out in the early 1980s.

One mother loved the movie so much when she was a little girl that she ended up naming her daughter after it. Her daughter is living up to her name. Whether she's playing a board game with her family or just lying on the couch, 10-year-old Savannah Mchale can't help but giggle.

Savannah is the one cheering other people up even though they're the ones who should be doing the cheering up.

Savannah said, "I was actually diagnosed with a thing called. Dad?"

That thing, DIPG, is Diffuse Intrinsic Pontine Glioma. It's a deadly brain tumor, which killed Neil Armstrong's daughter in 1962.

"We really aren't any further along with what we know about this than we were when his daughter contracted it," said Bryan.

With no cure in sight, their only hope is to try to get the tumor under control with experimental drugs, and to just enjoy life.

"I really haven't been thinking about it that much," said Savannah.

Instead, thanks to Make-A-Wish, she's been thinking about a recent trip to a place where she had no worries, Disney World.

"We're really proud of the way she's handled everything, and her attitude it really is contagious," said Bryan.

Savannah is a 5th grader at Homecroft Elementary School. Her school has been raising money to help her family pay for all of her medical expenses by selling bracelets and having dress-down days at school. The Southport Police Department even stepped in by having a couple fundraisers at Uno Pizzeria on Southport Road. If you'd like to read more about Savannah, you can check out her GoFundMe page.