In a new report, Indianapolis ranks as the 10th most dangerous city in America. 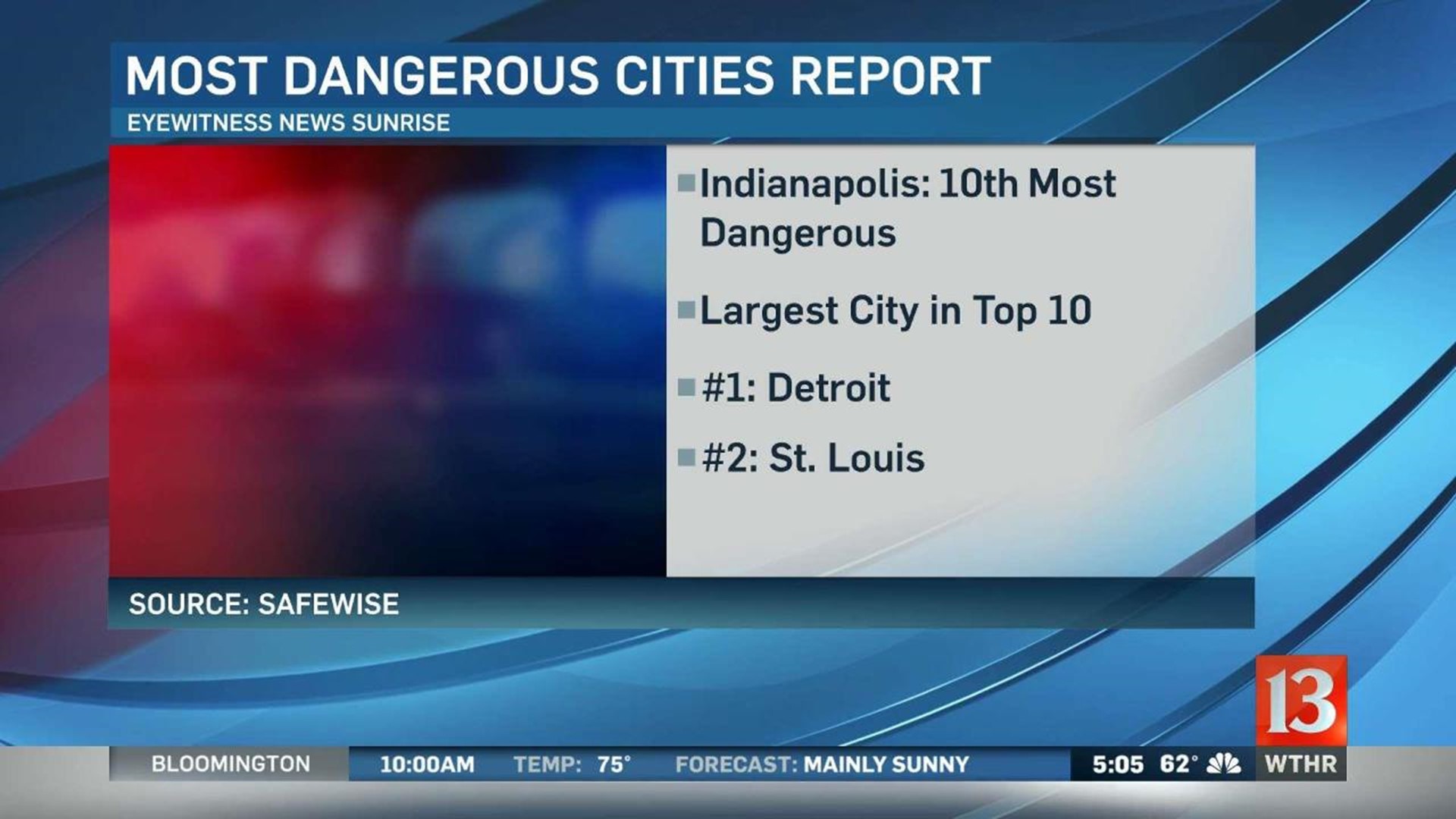 INDIANAPOLIS (WTHR) — In a new report, Indianapolis ranks as the 10th most dangerous city in America in 2018.

The report is from SafeWise, a online safety resource that aims to inform communities about safety in their area.

The report is based upon analysis that measures the number of violent crimes — aggravated assault, murder, rape and robbery — per 1,000 people in each city.

Analysts used data from the 2016 FBI crime statistics and population data, and only included cities with a population of 300,000 or more. Cities that did not submit a complete crime report to the FBI were excluded.

To see the complete study and sources for the findings, click here.