This Sunday on WTHR Weekend Sunrise, we're showing you how a woman and a house are offering “A Ray of Sunshine" to others. 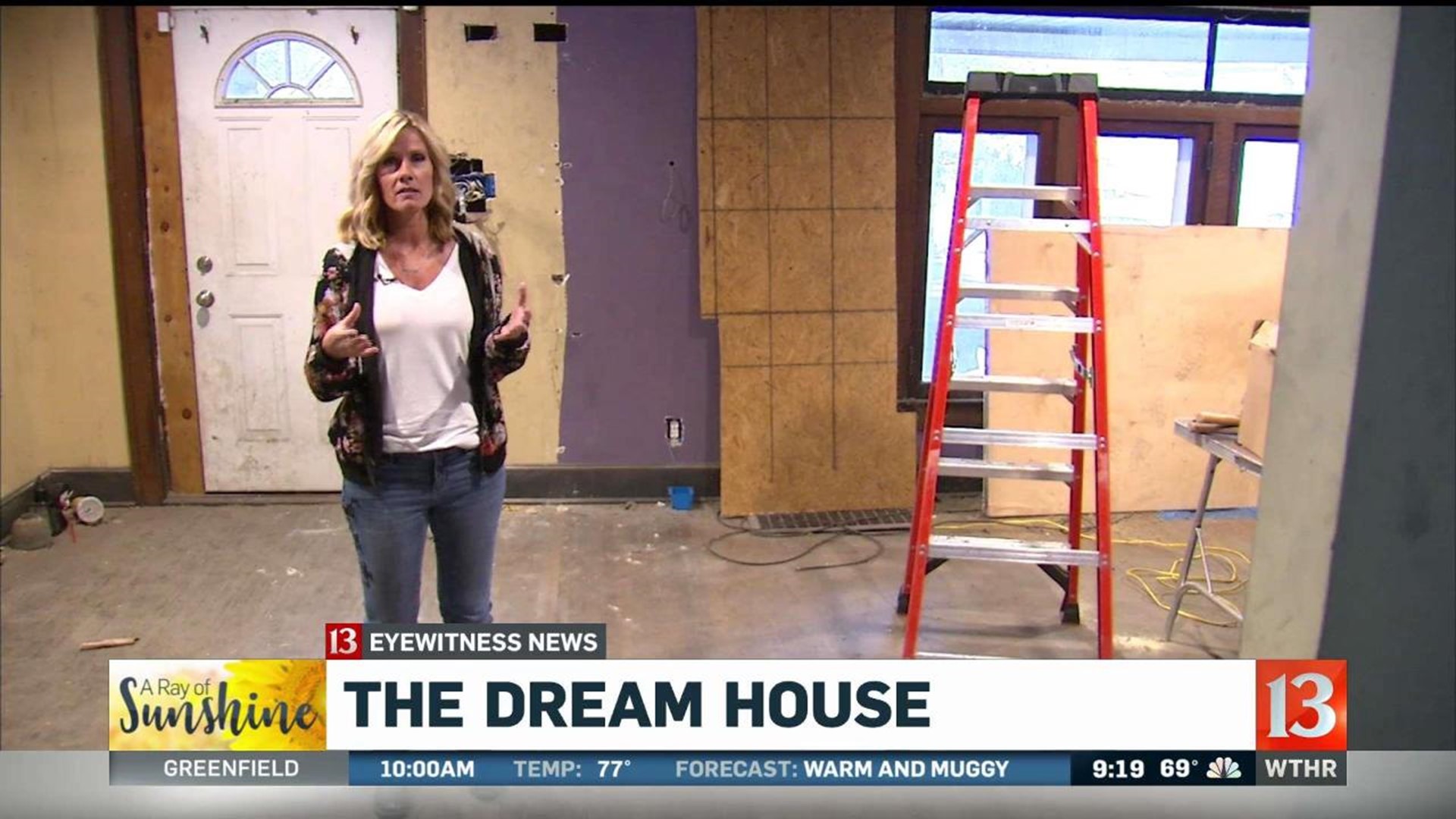 INDIANAPOLIS (WTHR) - When you see a house from the outside, it can be hard to tell what's going on inside. And if you're invited in, you may be very surprised with what you discover. The same can hold true for people. This Sunday on WTHR Weekend Sunrise, we're showing you how a woman and a house are offering “A Ray of Sunshine" to others.

A few blocks away from 10th and Rural, despair festered inside this home.

Jeffers added, "I mean it was just scary. There was actually a feeling of darkness in here.”

To Stefanie Jeffers, 859 North Parker Avenue looked beyond repair, and it reminded Jeffers of herself. From the outside, her life seemed perfect. She graduated from college, worked as a paralegal, got married and gave birth to a baby girl. However, her marriage didn't last. After getting a divorce, she formed a new relationship with another man.

"This man turned out to be very emotionally abusive and sometimes physically abusive," said Jeffers. "With him I got pregnant and as a result of that abuse I lost our baby when I was 16 weeks pregnant. That loss was kind of the catalyst I think for the next several years."

Jeffers felt empty. She stopped caring, and she eventually quit her job on her baby's due date.

"The next day, I walked into a strip club for the very first time," said Jeffers. "At first, it felt empowering. It did. It felt a little intoxicating."

Jeffers added, "It doesn't last long. That initial feeling of power and beauty because you are selling your soul like a dollar at a time.

"In those three years that I was there, I lost everything," said Jeffers.

She lost her soul, her friends and her self-worth. Then, her daughter was taken away from her.

"That almost killed me," said Jeffers. "Losing her almost killed me because she was everything. She kept me alive, but it also increased my sense of worthlessness and being a failure."

Then one day it hit her. She just couldn't take it anymore.

"I left, and I didn't come back until several years later when I walked back into that club in ministry."

Jeffers founded Grit Into Grace, which is a support system for women wrapped up in her old lifestyle. Now, she's taking that a step further. This is where the house on North Parker Avenue comes in. She wants to restore a crumbling home to its original beauty and then in turn give women a place to go to begin restoring the beauty in themselves. Jeffers is calls it, The Dream House.

Jeffers wants to help women tear down their walls, sift through their mess and reinforce their foundation all with the hope of getting them to dream again.

"We are in such close proximity to women working on the streets and prostitution that they will be able to just walk here and come here and find that peace and place of rest and resources to maybe grab on to a little bit of hope," said Jeffers.

Jeffers hopes to have the house finished in a few months. Joel and Christy Kempson with Providence Homes Group donated the house to Jeffers for this project. Several different people in the community also stepped up to help her achieve this dream of hers including York’s Quality Air, Chimney & Masonry Outfitters, Brightview Landscaping, Craig Martin with Power Group Construction, Circle City Security Systems and General Contractor David Short.

Jeffers is now happily married. She gave birth to another daughter who is now 12 years old, and she's involved in her oldest daughter's life again.